Corey has been putting in some steady work on the hatch. The motor has finally made its way into the bay and in doing so, Corey made a few changes to the setup.

Those who may need a recap on what’s going on so far, I’ve provided the links to the previous posts below… 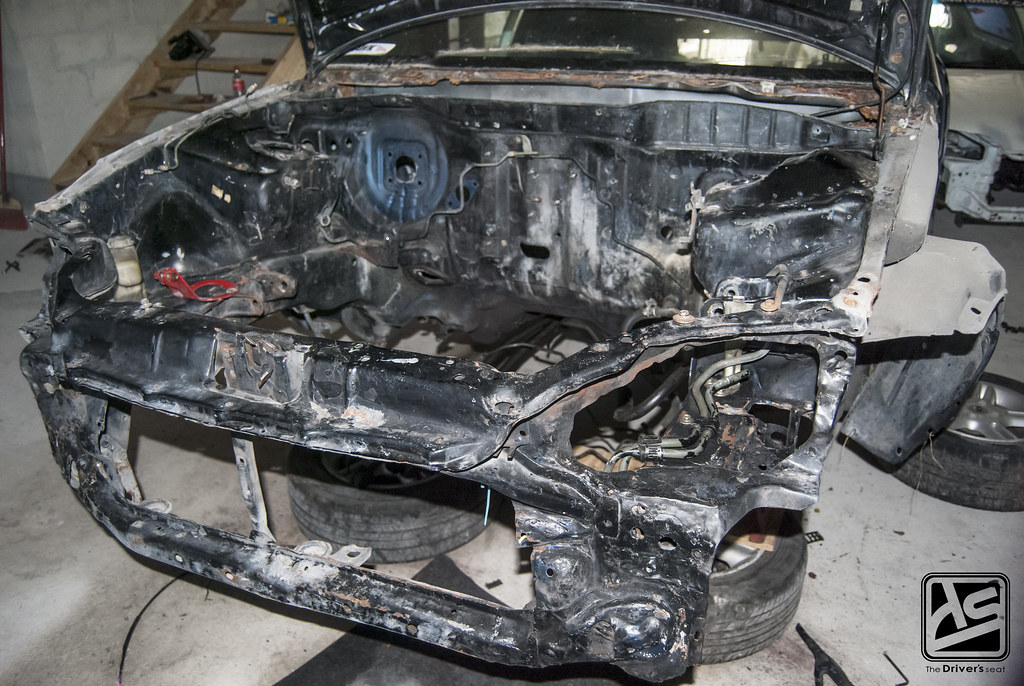 While I was at the shop I decided to take a few photos of the shell Corey was previously using to give you guys a look at the condition it was in. With the shell fully stripped you really get a better look at the damage to the front end. 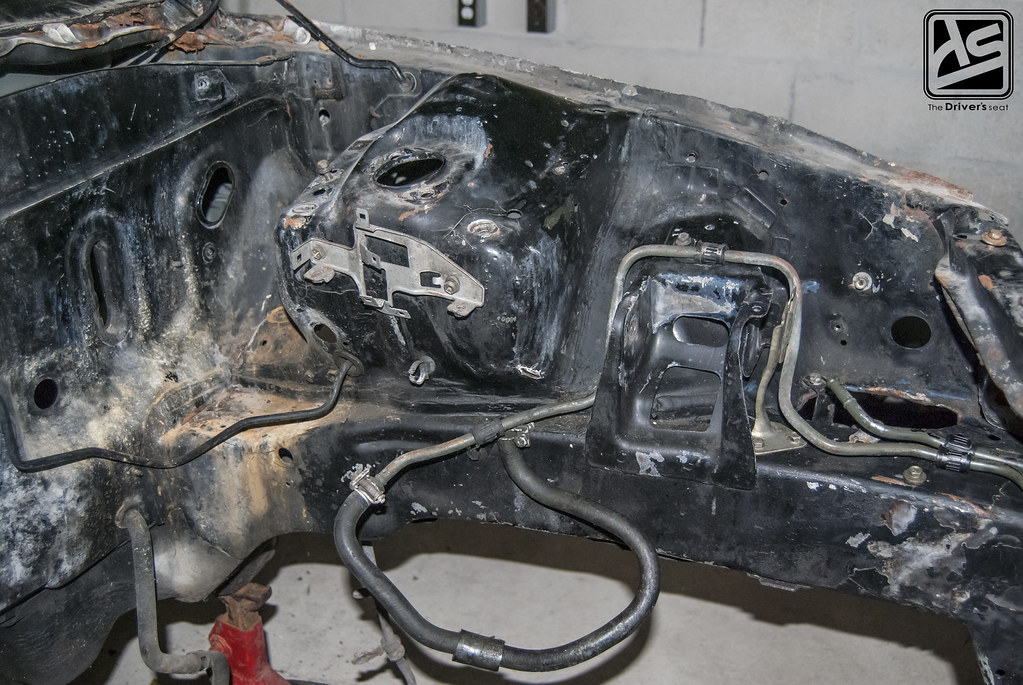 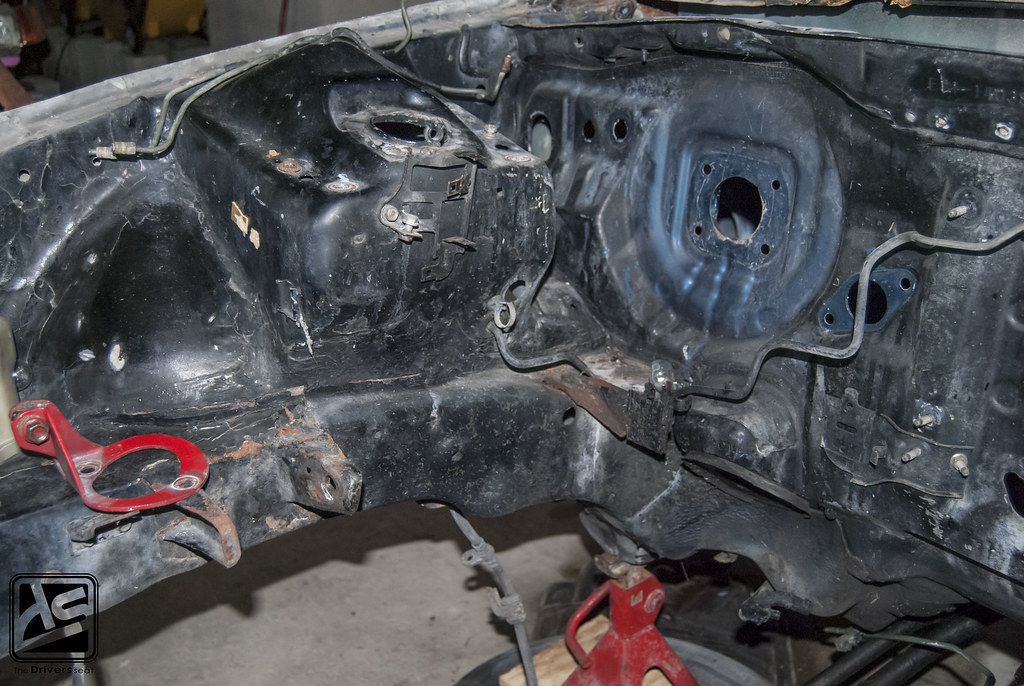 Both left and right side shots of the bay… 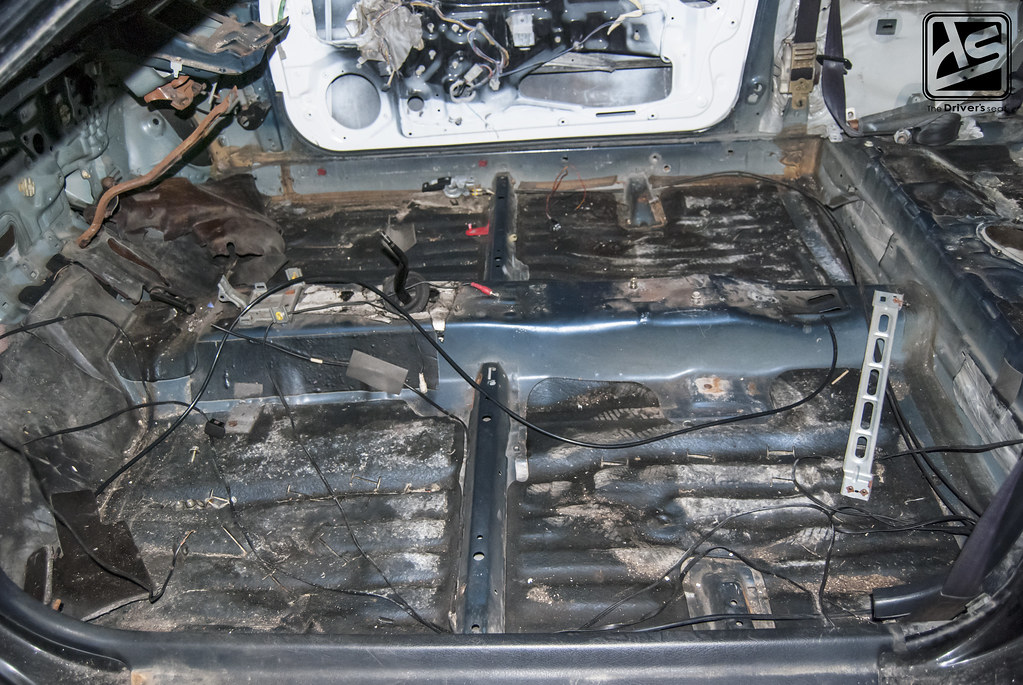 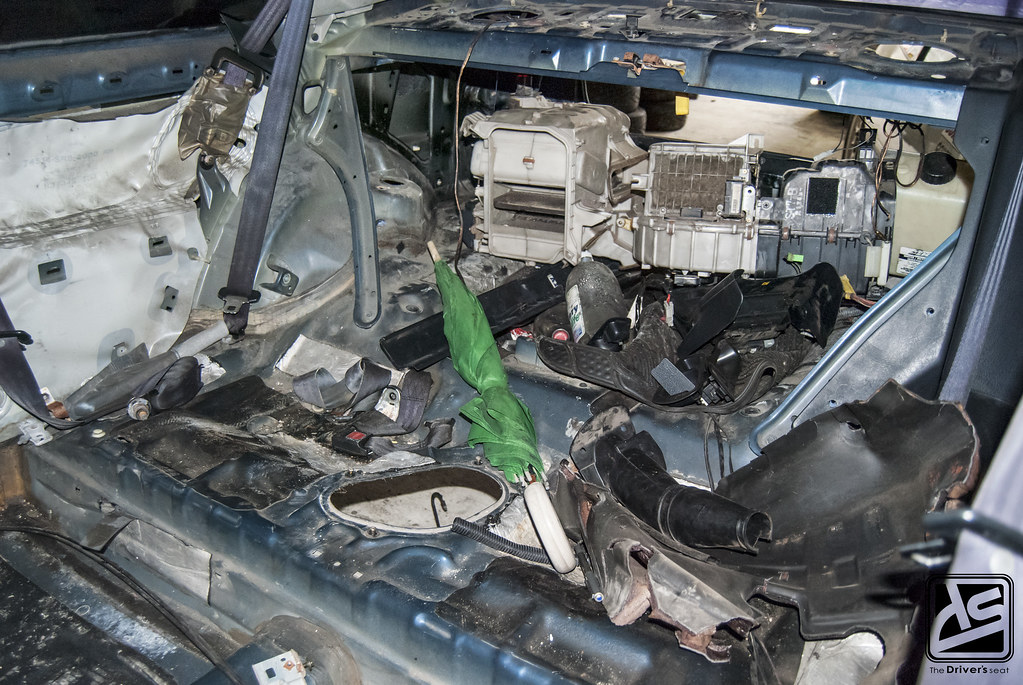 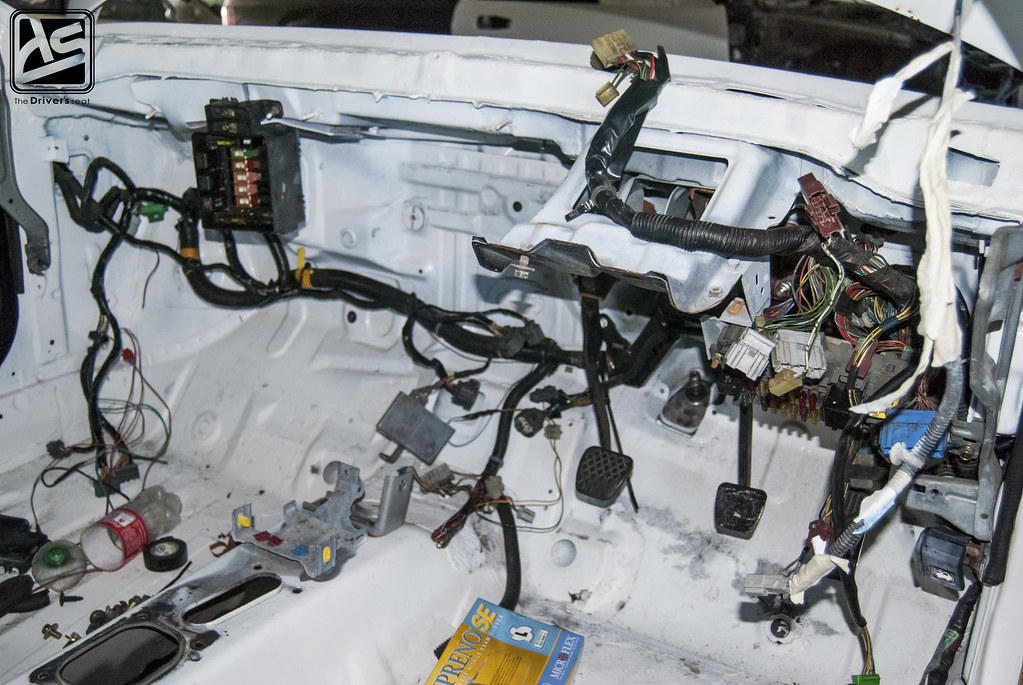 In contrast, here is a look at the inside of the hatch, where Corey started to install the pedals and wire harnesses… 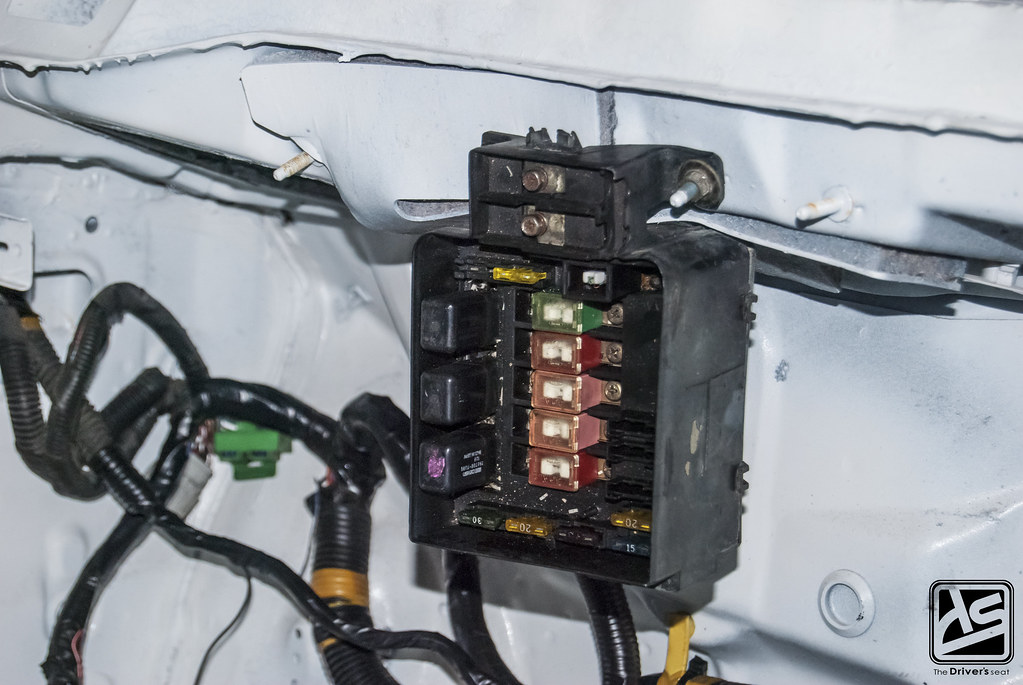 Having to reassemble the entire car, Corey decided to change up a few things and relocated the fusebox behind the dashboard… 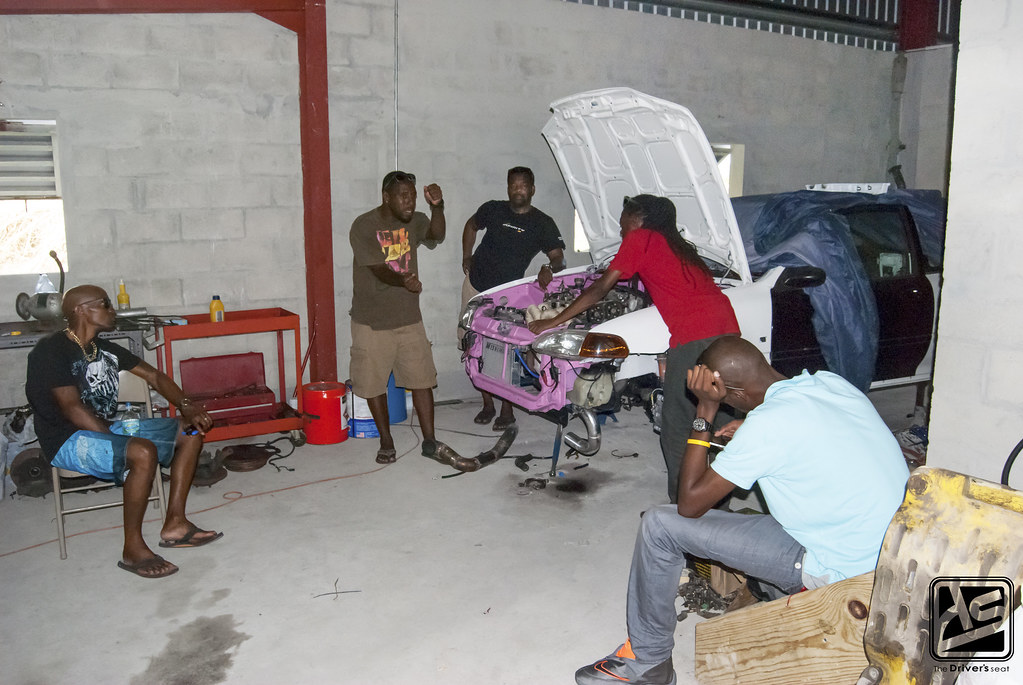 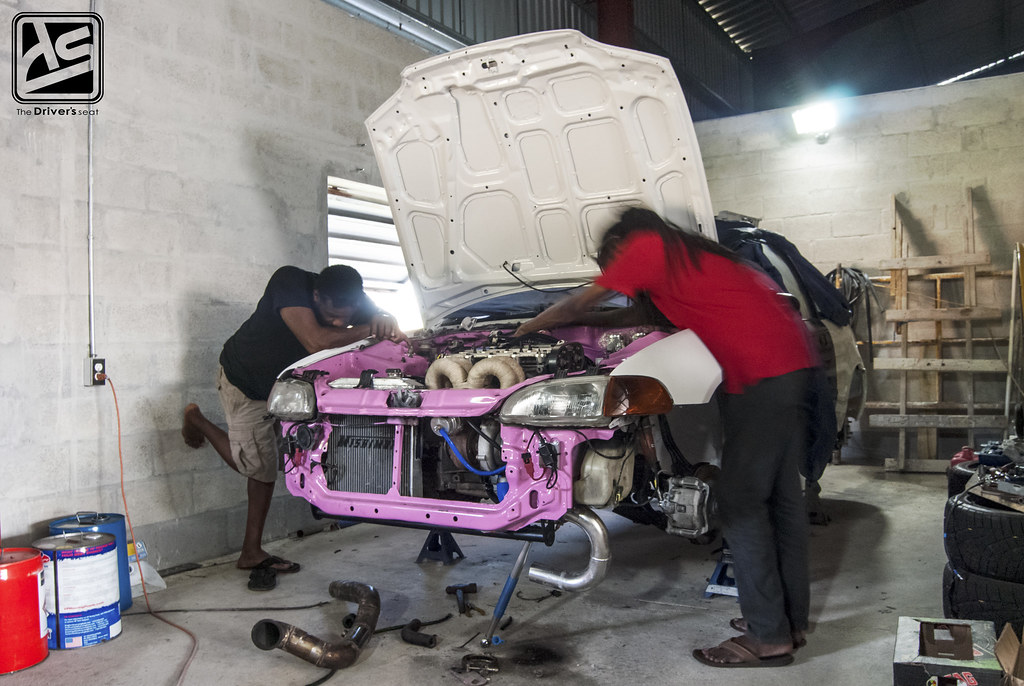 Piece by piece Corey is getting closer… 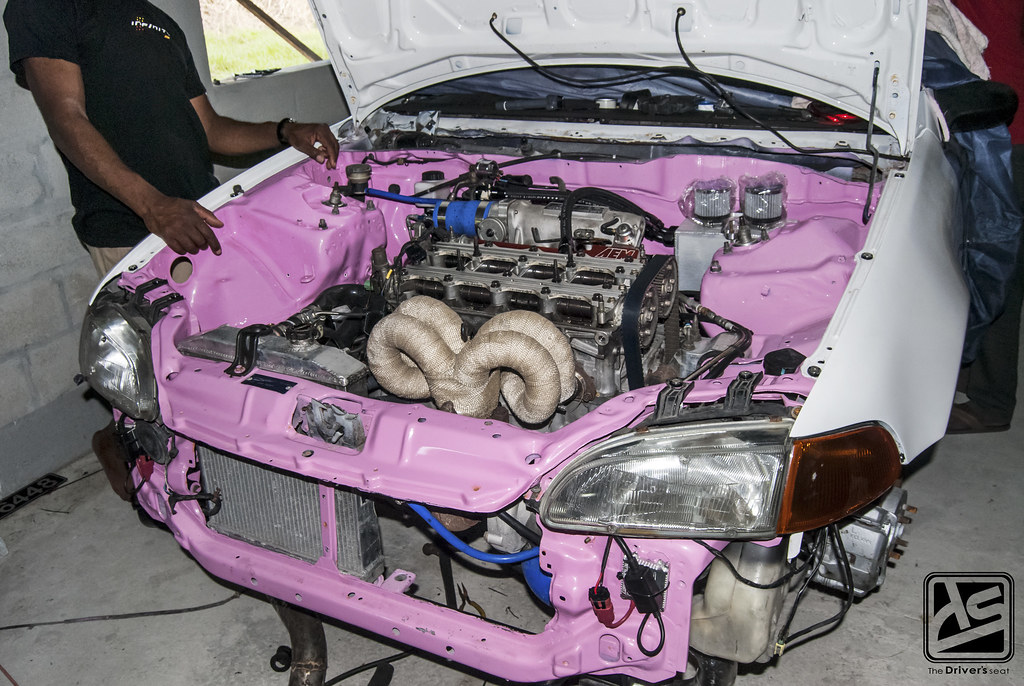 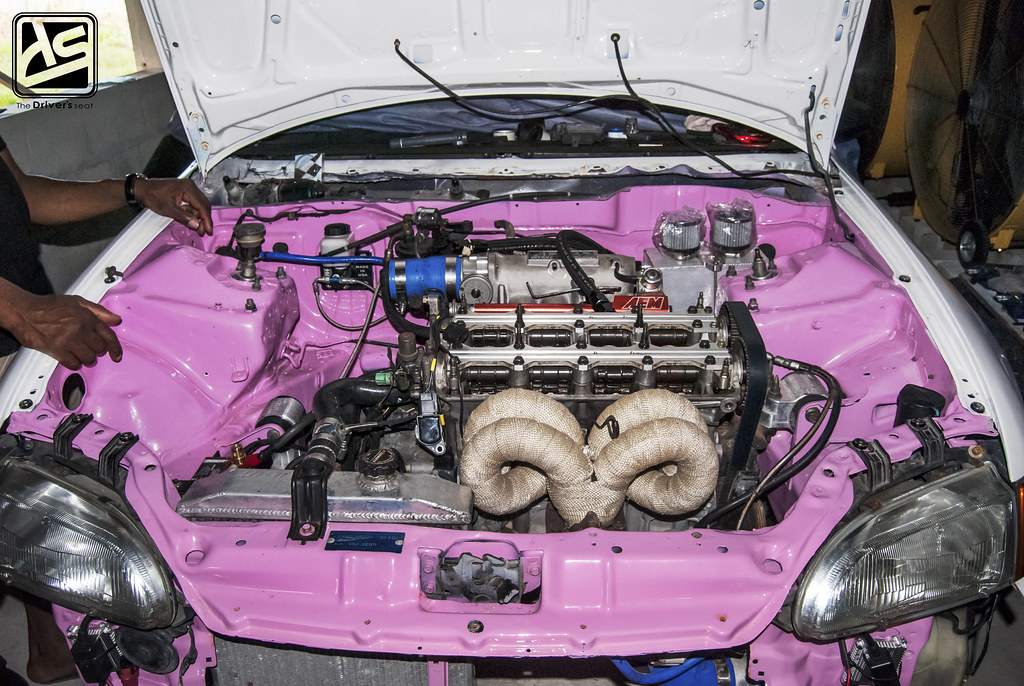 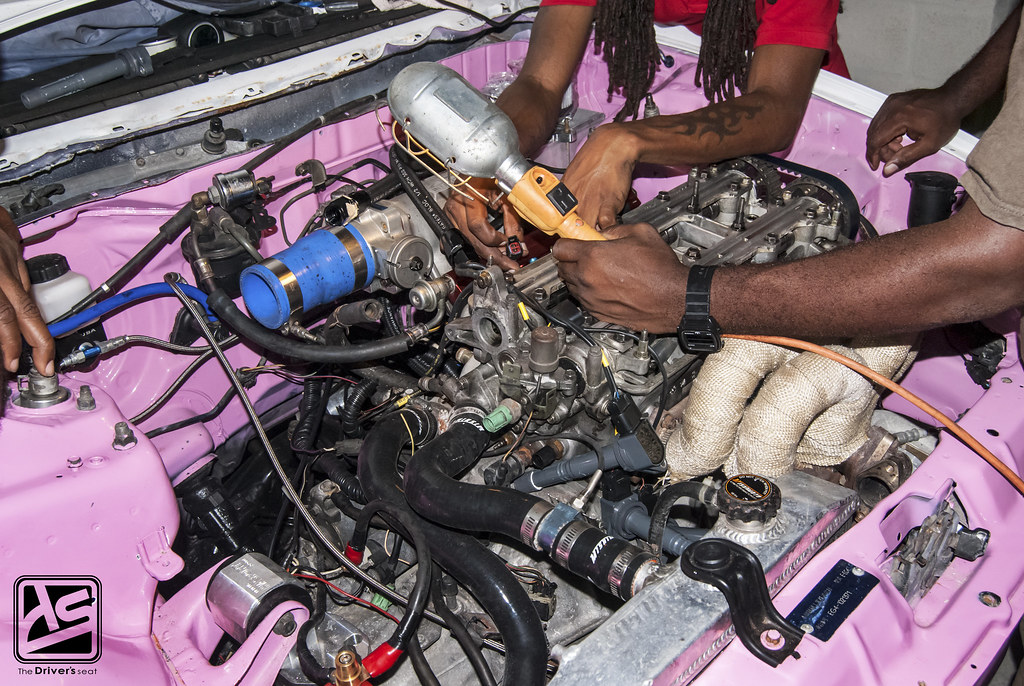 Corey in the process of swapping out the RC 1000cc injectors for a set of Injector Dynamics 1000cc. This change will eliminate the use of a resistor box and also deliver a better spray pattern and pulse width, which will allow for a smoother idle. 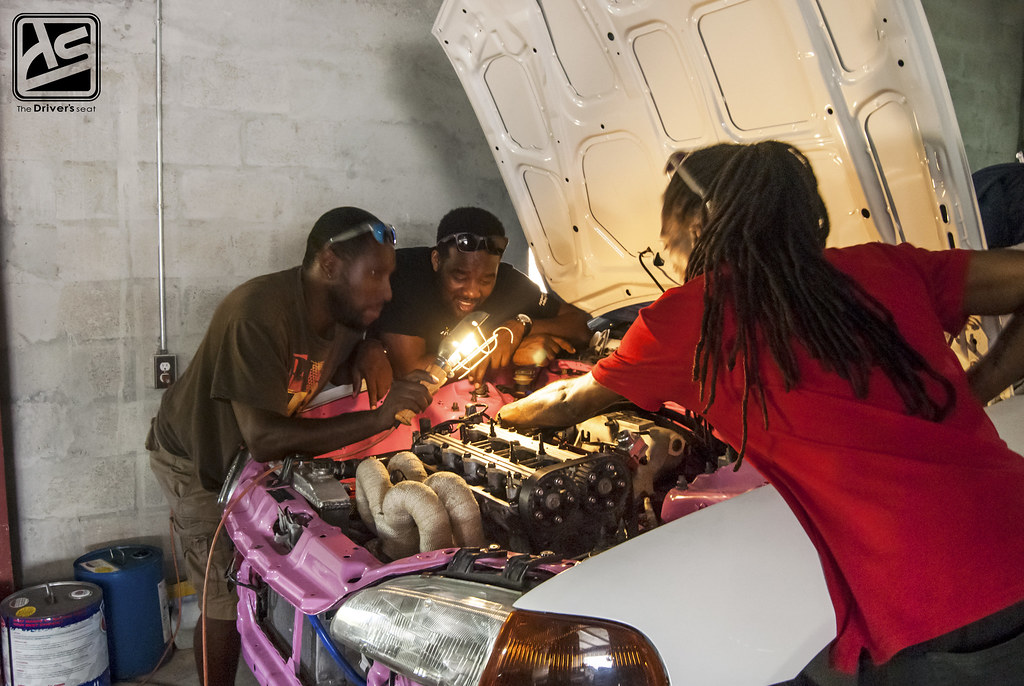 Ryan helping Corey out with some additional lighting… 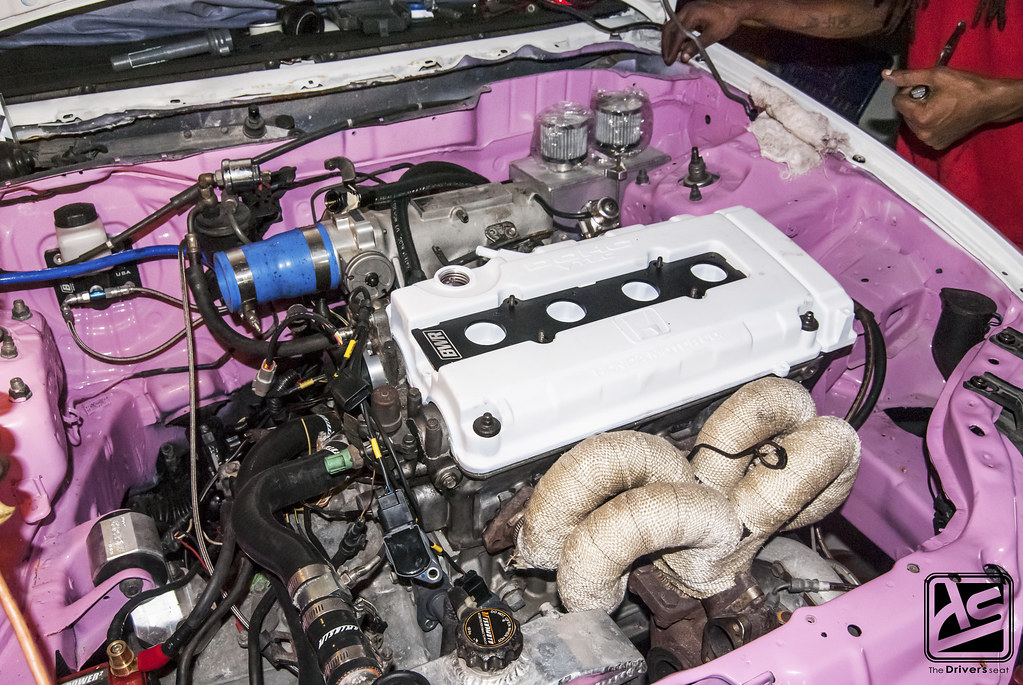 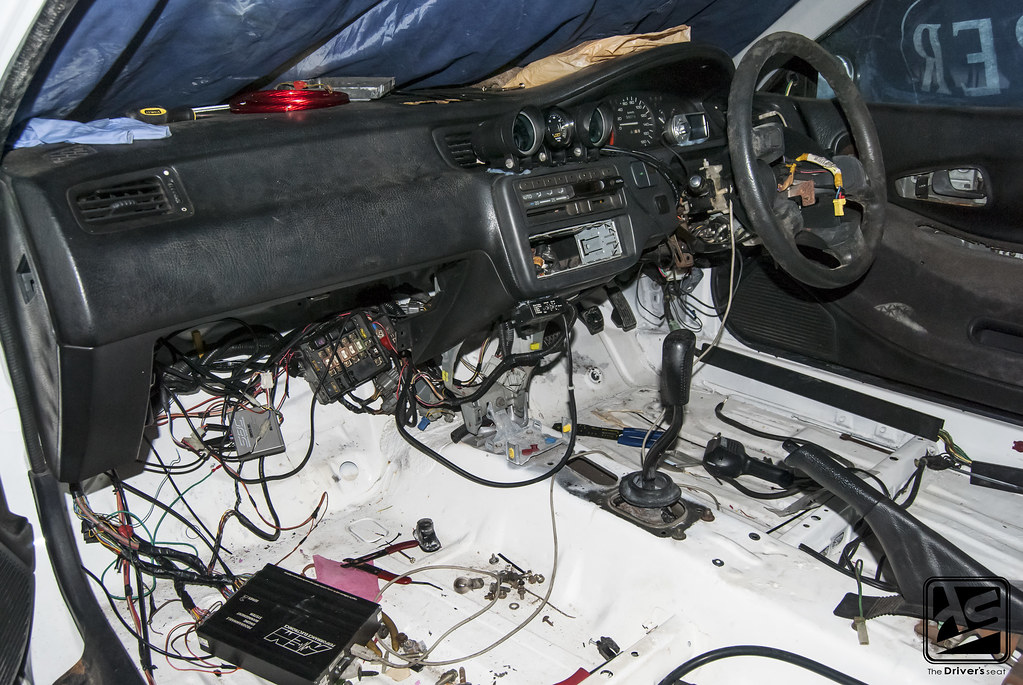 The interior as it starts to come together… The steering column, shifter and dashboard fitted in place along with several gauges and the AEM engine management wired-in. Even with these things in place there is still a fair amount of work needed to be done. 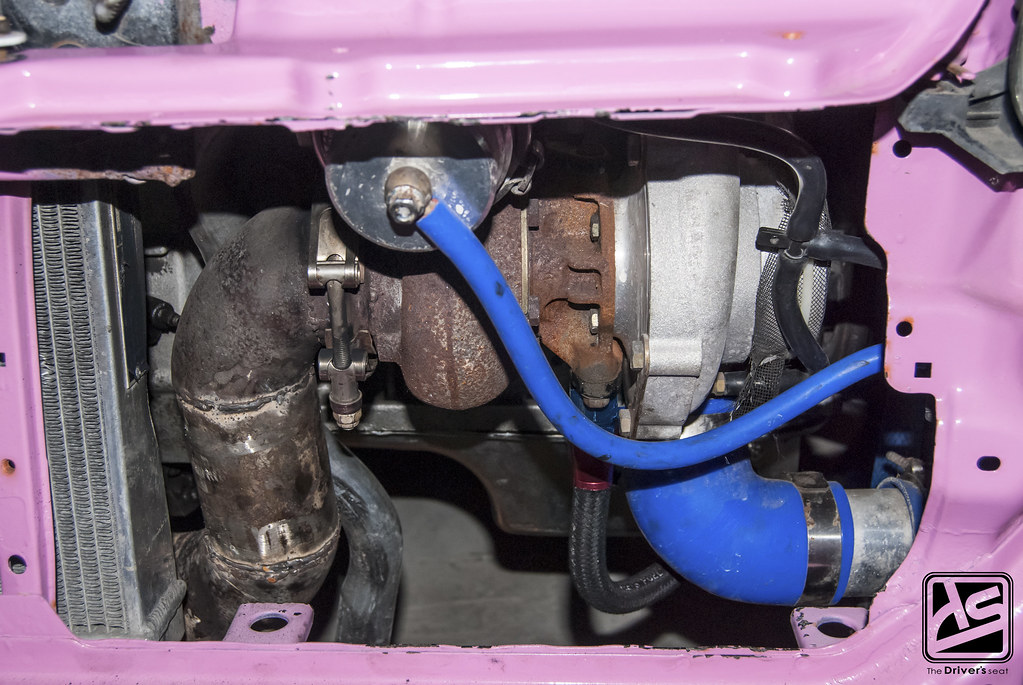 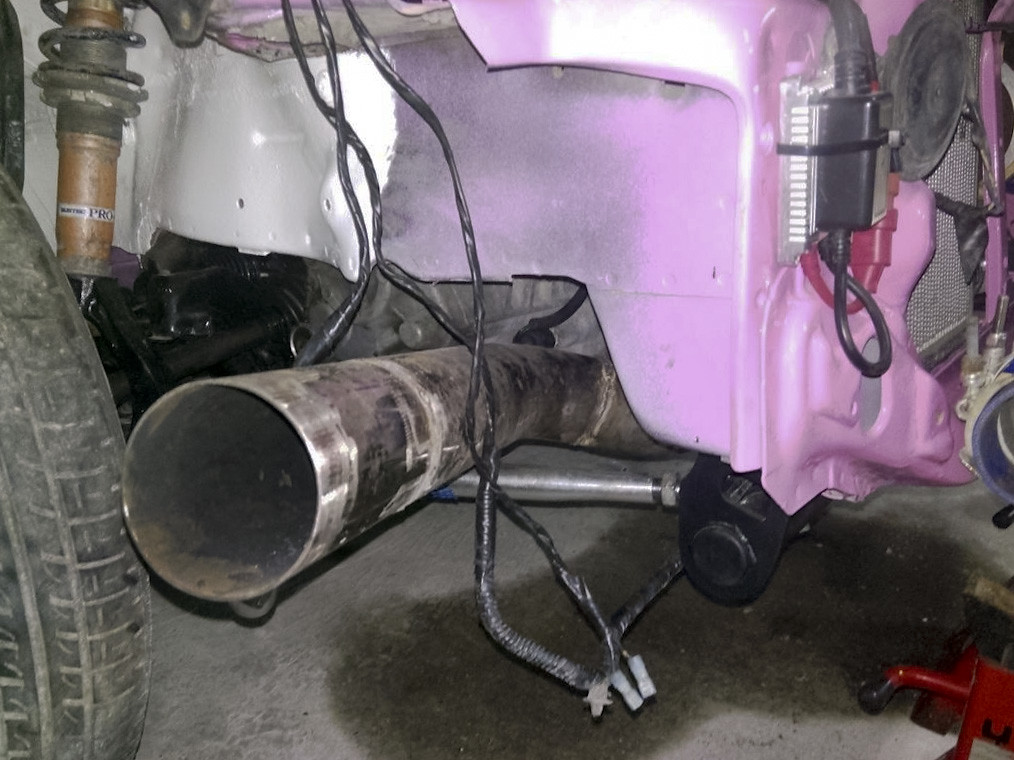 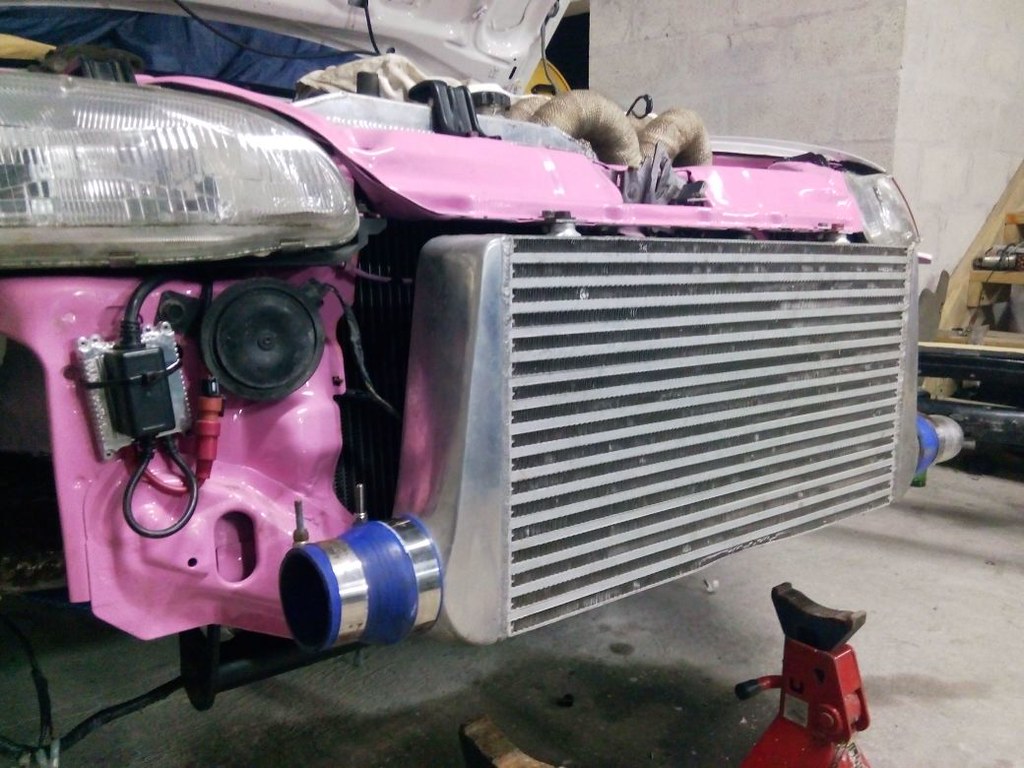 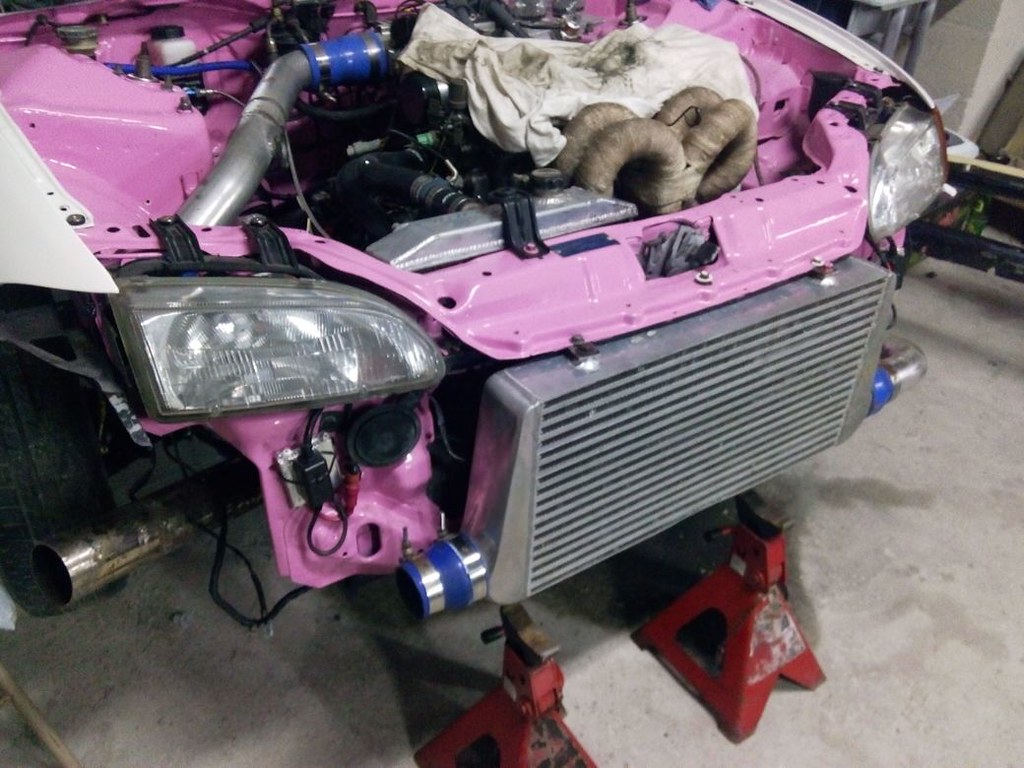 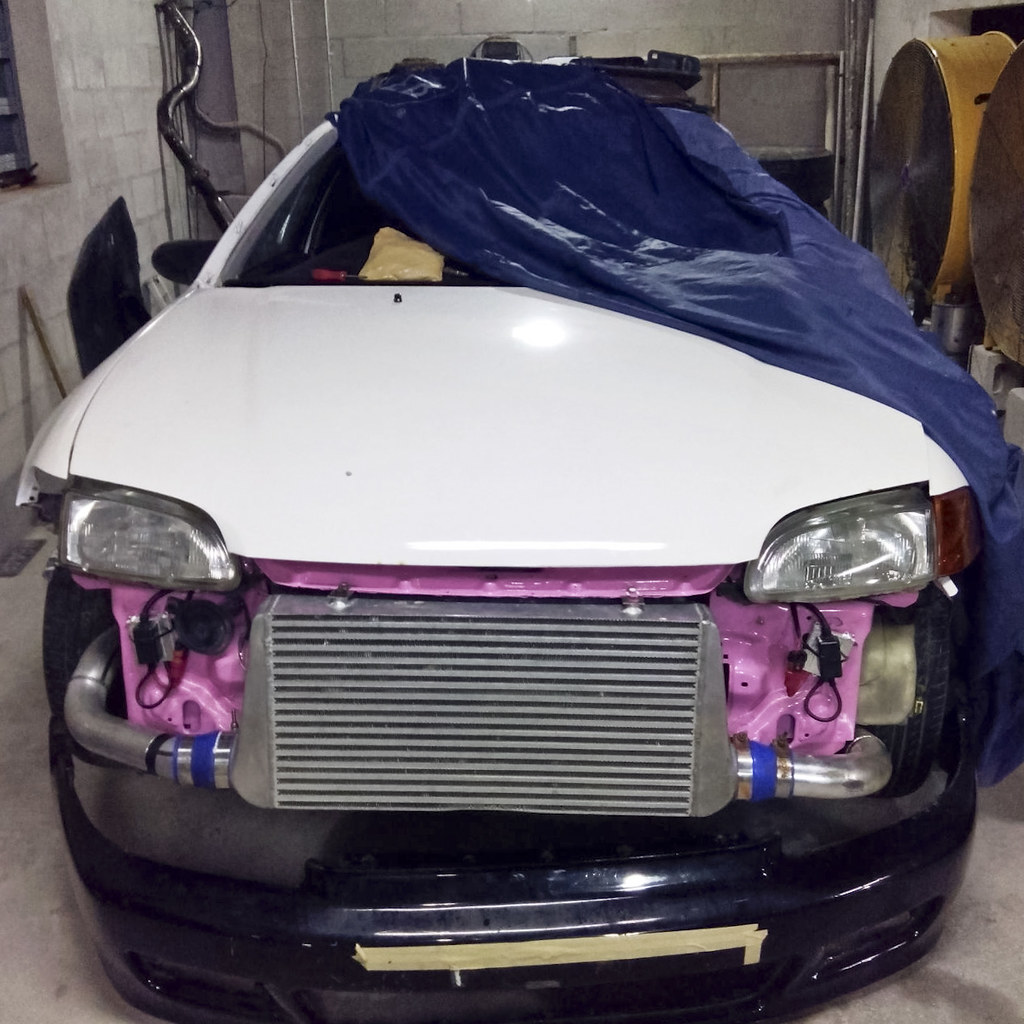 Front view of the intercooler and the piping test fitted… 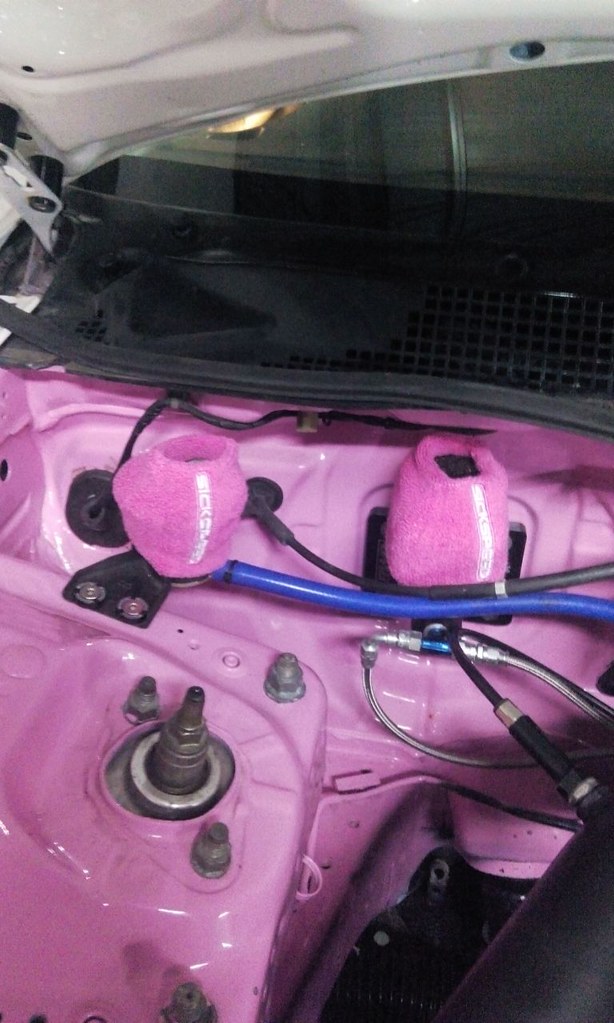 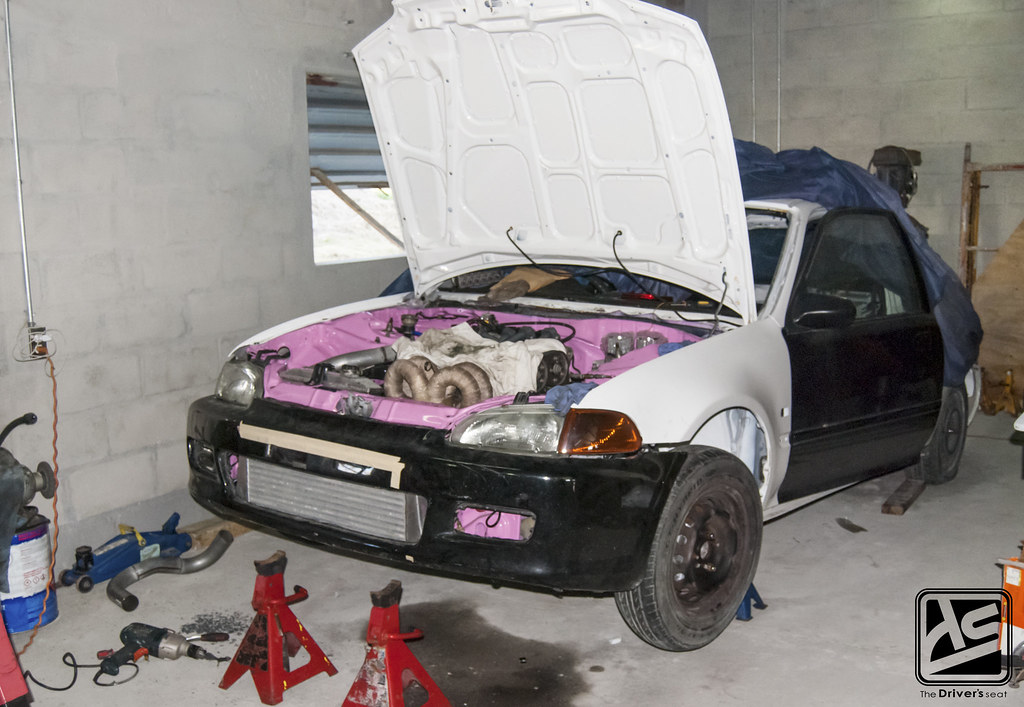 Test fitting the front bumper… If you guys pay close attention you will realize that Corey also swapped over the doors from the coupe to the hatch. After inspecting all the doors, the ones from the coupe proved to be the better out of the 4… 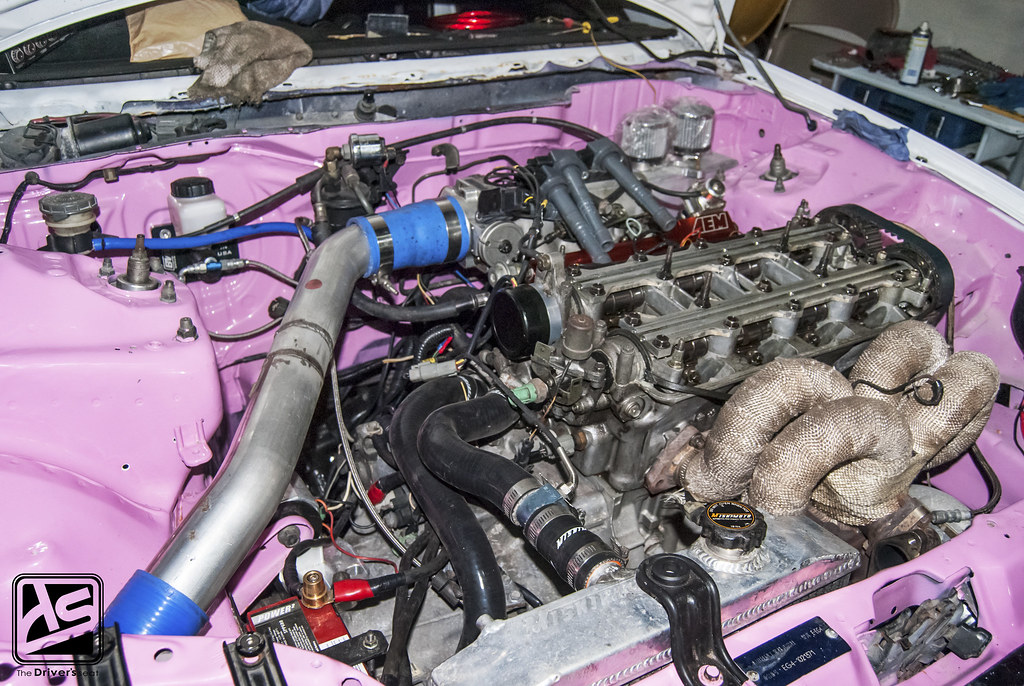 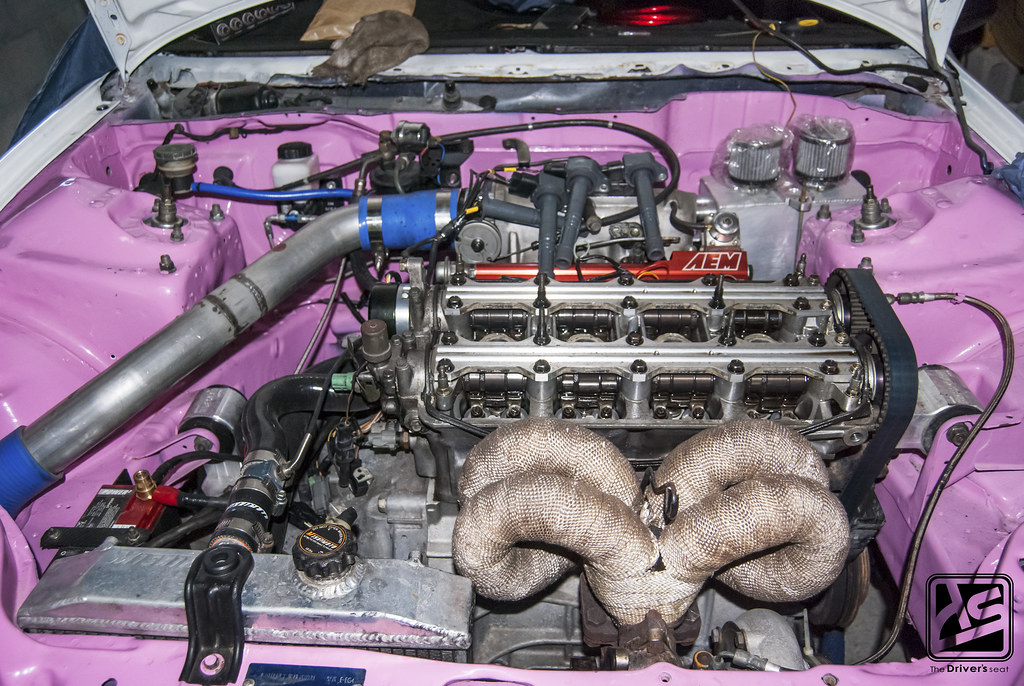 A few shots of the intercooler piping welded and installed. A few other things to note would be the breather tank setup up now in the previous location of the battery. And the battery is now relocated behind the radiator and  bolted to the chassis. Corey went a step further eliminating the use of a distributor and going with a AEM EPM (Engine Position Module), that will allow Corey to use a coil on plug setup. To ensure everything runs smoothly in the electrical department, a Rywire coil on plug harness was purchased. 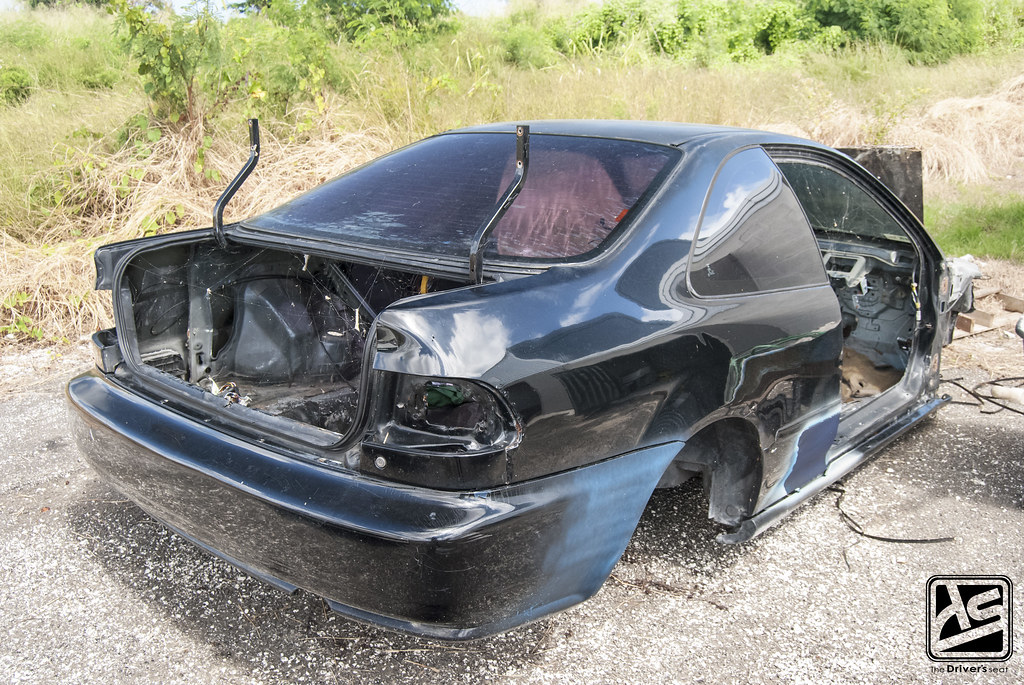 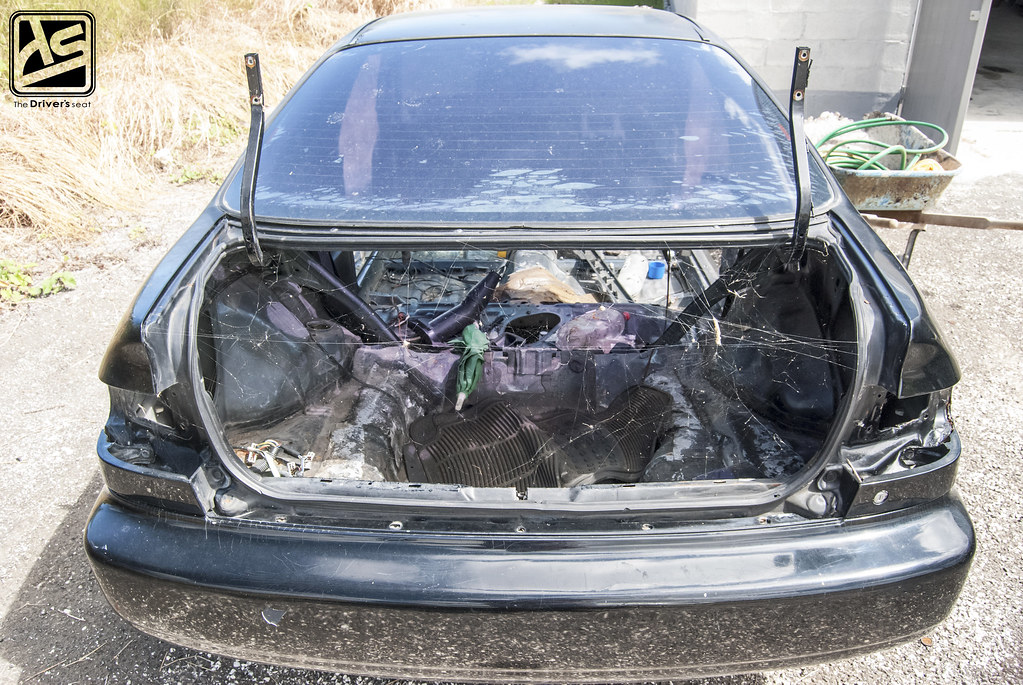 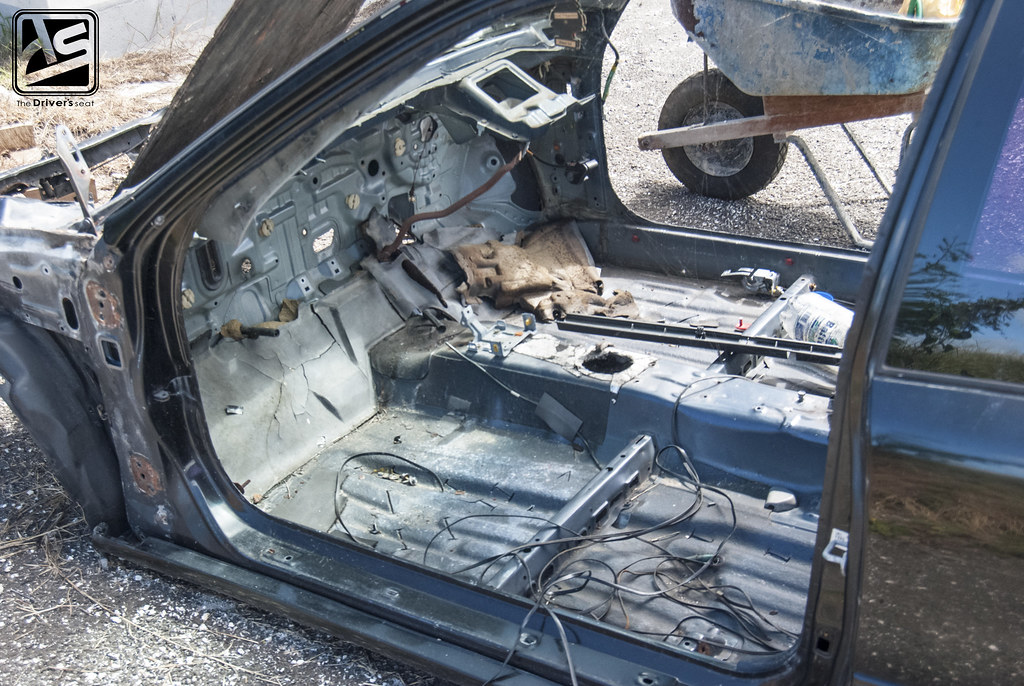 Now that Corey got everything that he needed off the coupe, he moved it to the outside of the shop, which brings us to the end of today’s post. Thanks for taking a look and stay tuned for more to come on this build.