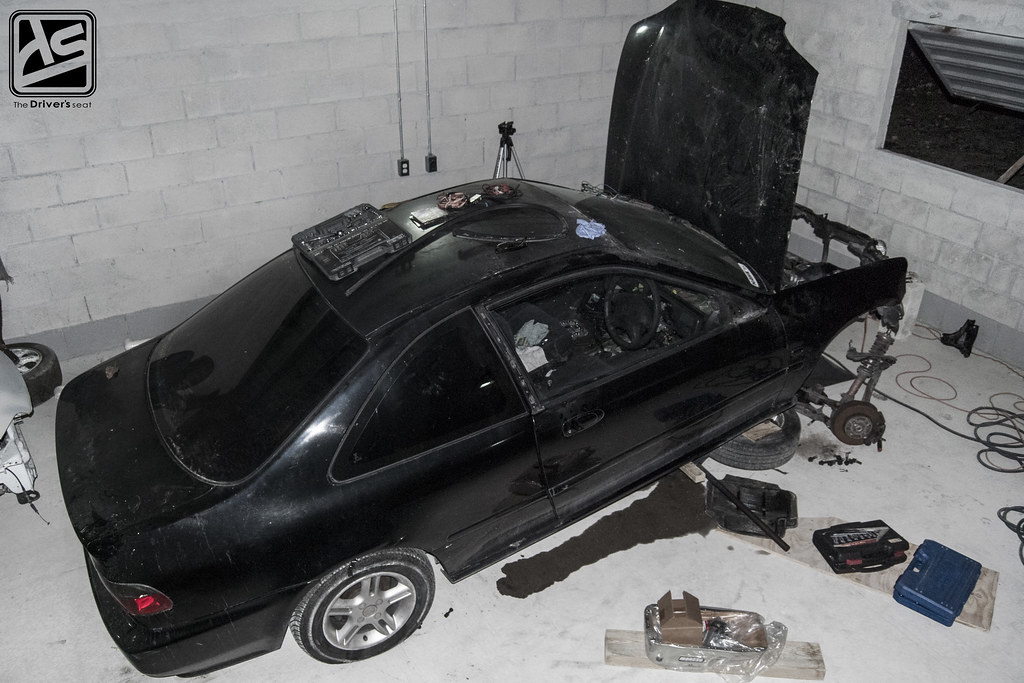 It has been a little while since the last update, Corey has been quite busy but was still able to take some time out and make some progress with the build. Not having a set finish date in mind, the car just sat there but as of recent he has been pushing a little harder.

With that said today we’ll be taking a look at how far he has gotten with the build and I also have a few goodies that he picked up along the way.

Those who may need a recap on what’s going on so far, I’ve provided the link to the previous post below… 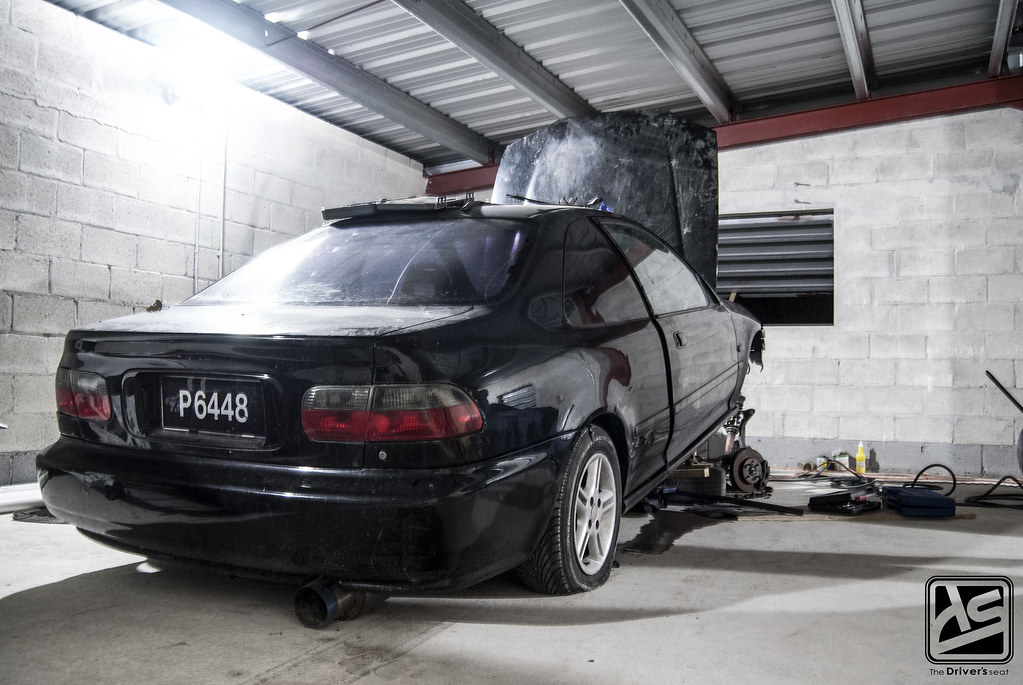 To begin with, the coupe finally made its way out of the bush which in itself seemed like a task and it has made its way to the workshop to begin the tear down… 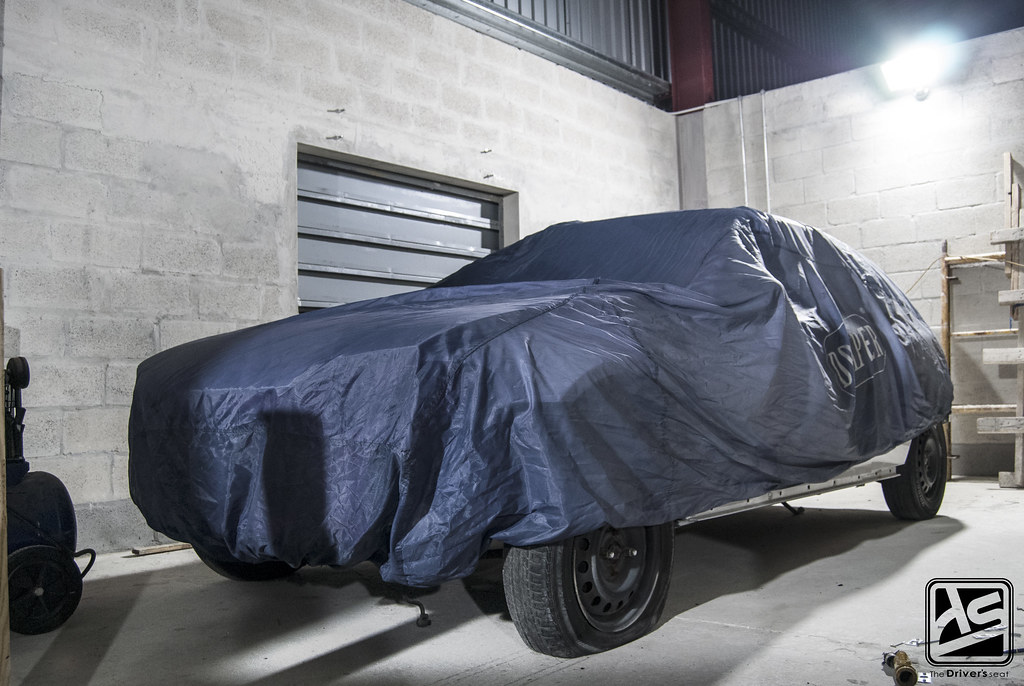 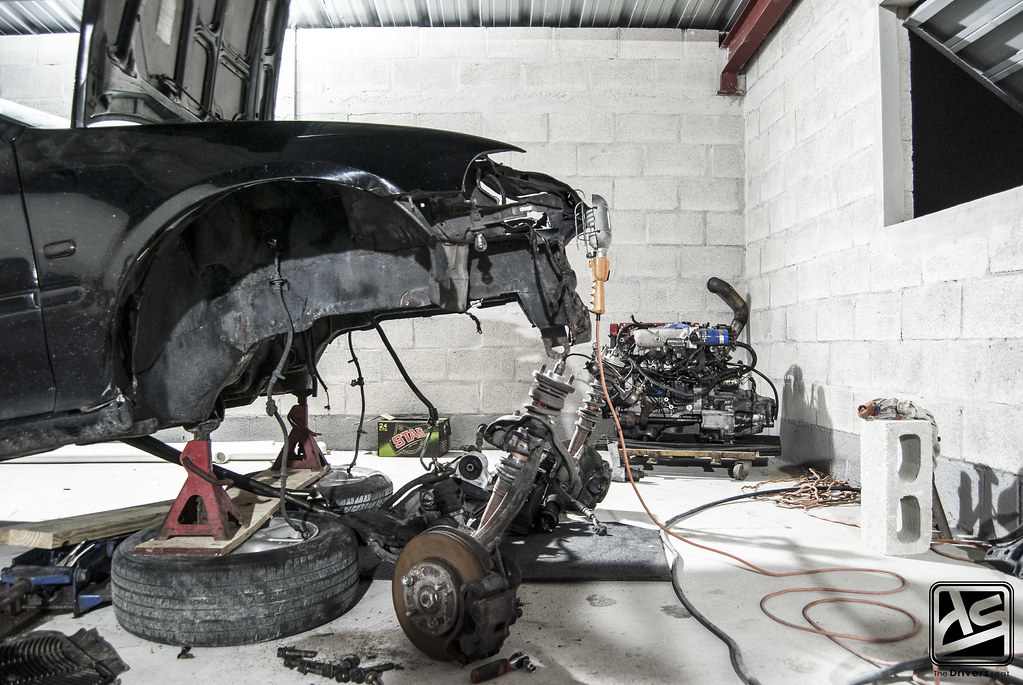 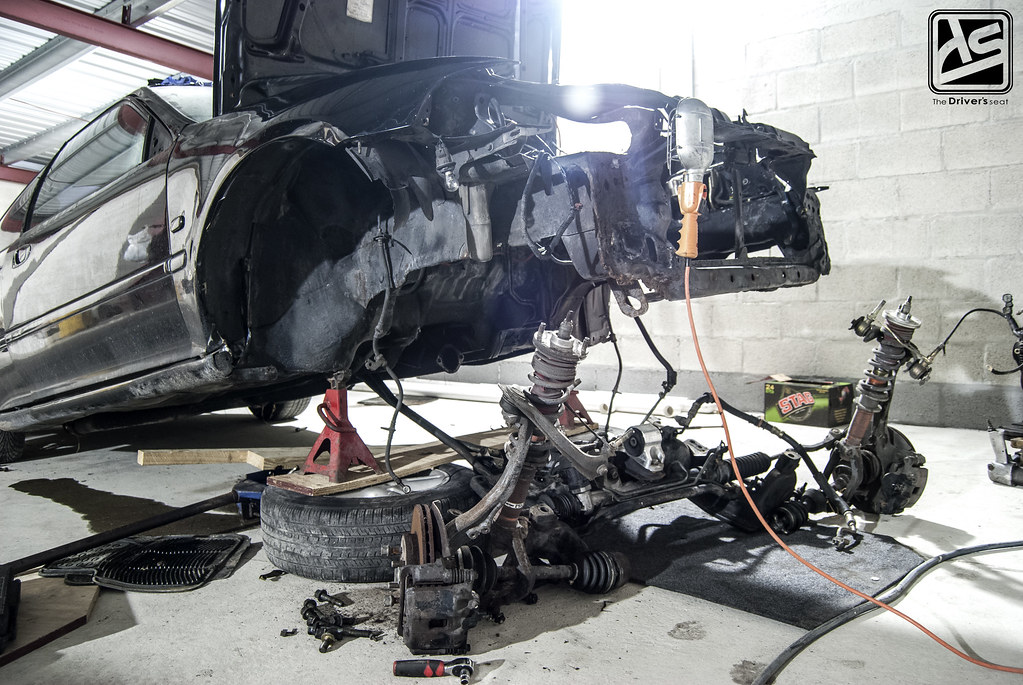 Wasting no time the car was jacked up and work began. The motor was first to drop, then came the suspension and subframe. The plan is basically to transfer everything over to the hatch. 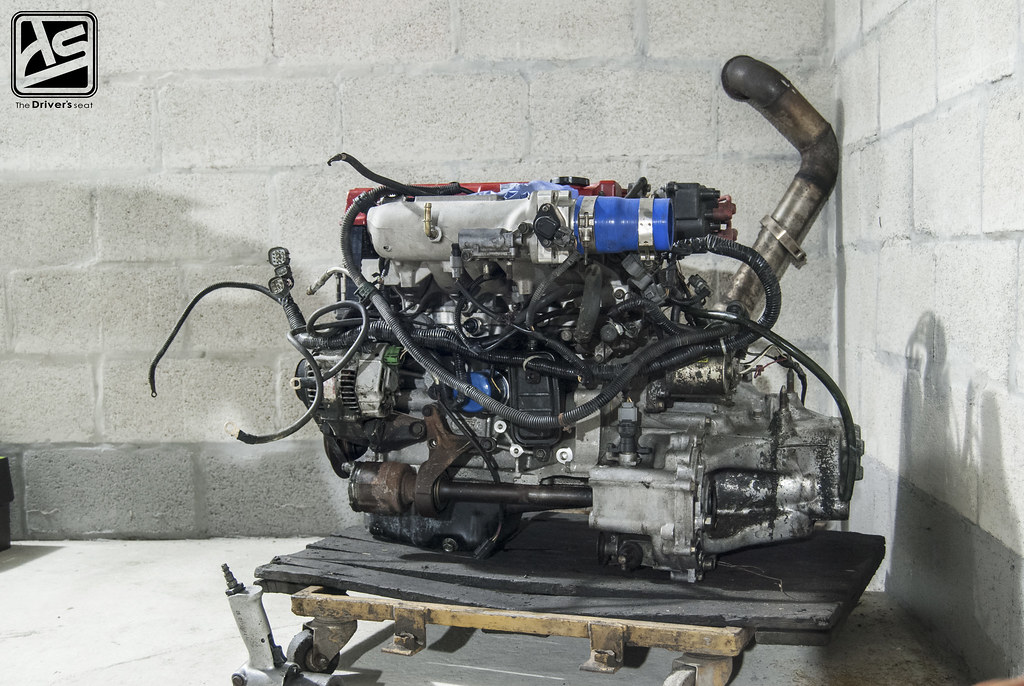 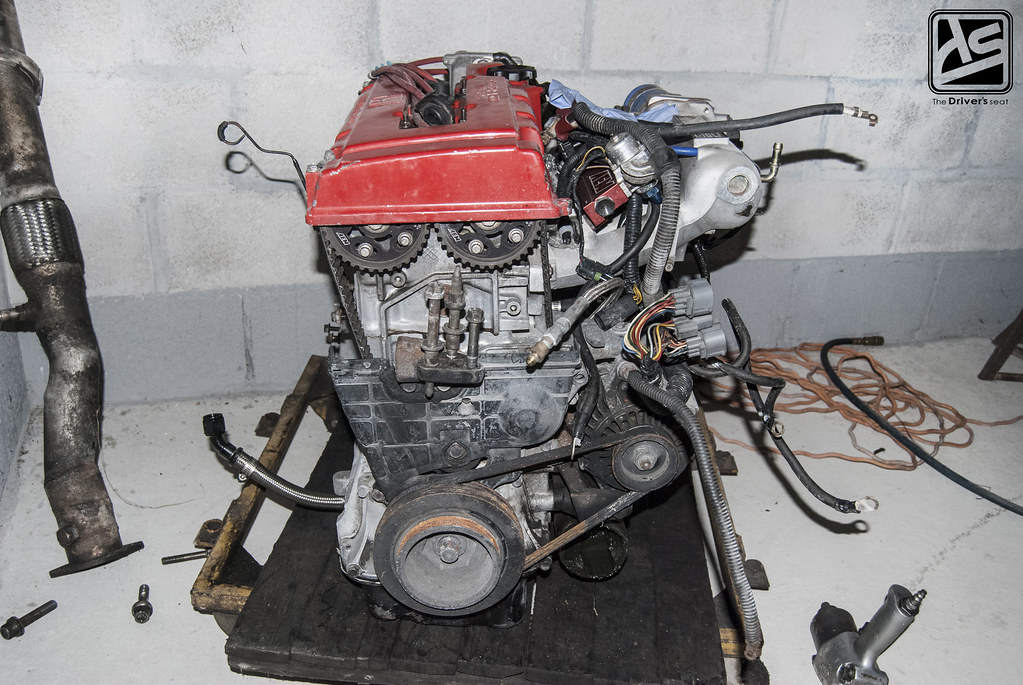 The motor was pushed in the corner for the moment until everything is cleaned up and it is time to perform the swap. Corey has some plans for the motor but is still debating whether to do them now or at a later date but as time progresses I will go further into detail. 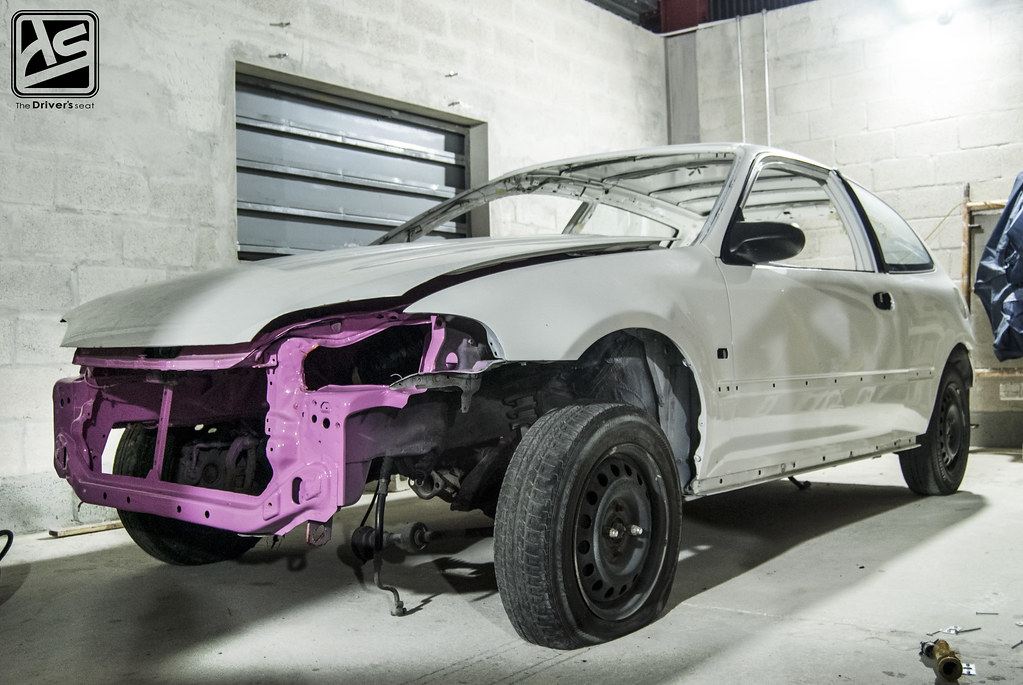 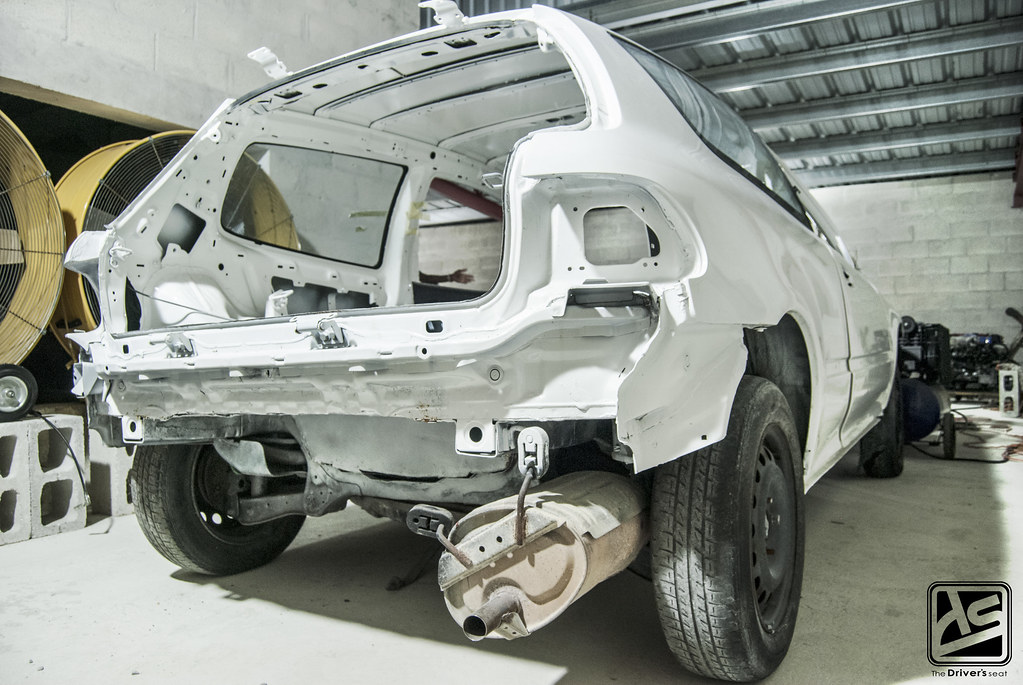 A glimpse of the hatch as it sat… 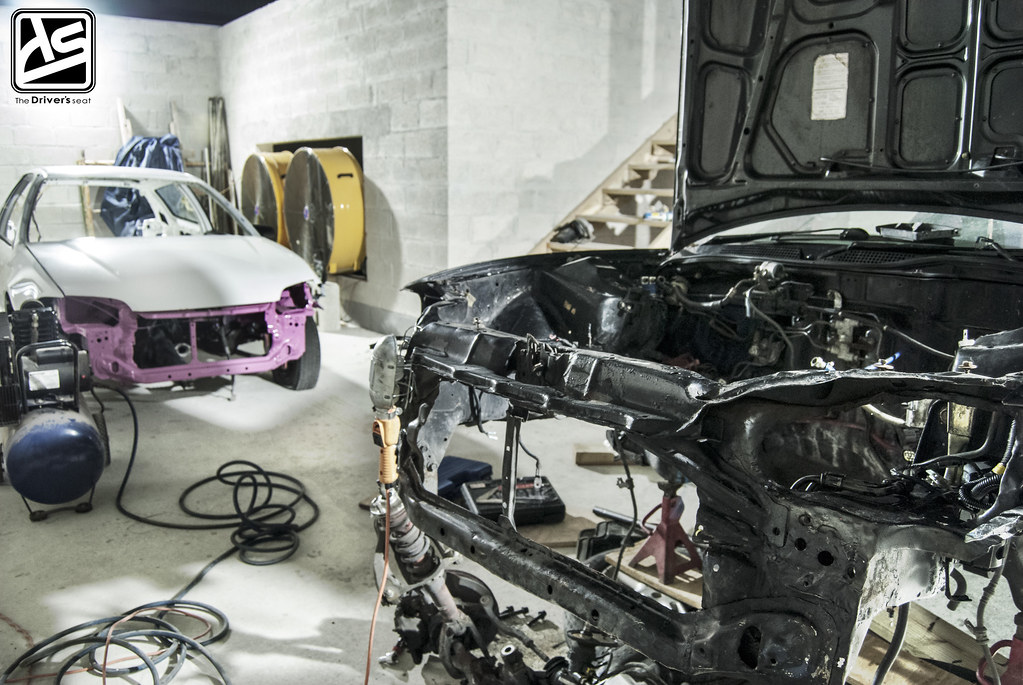 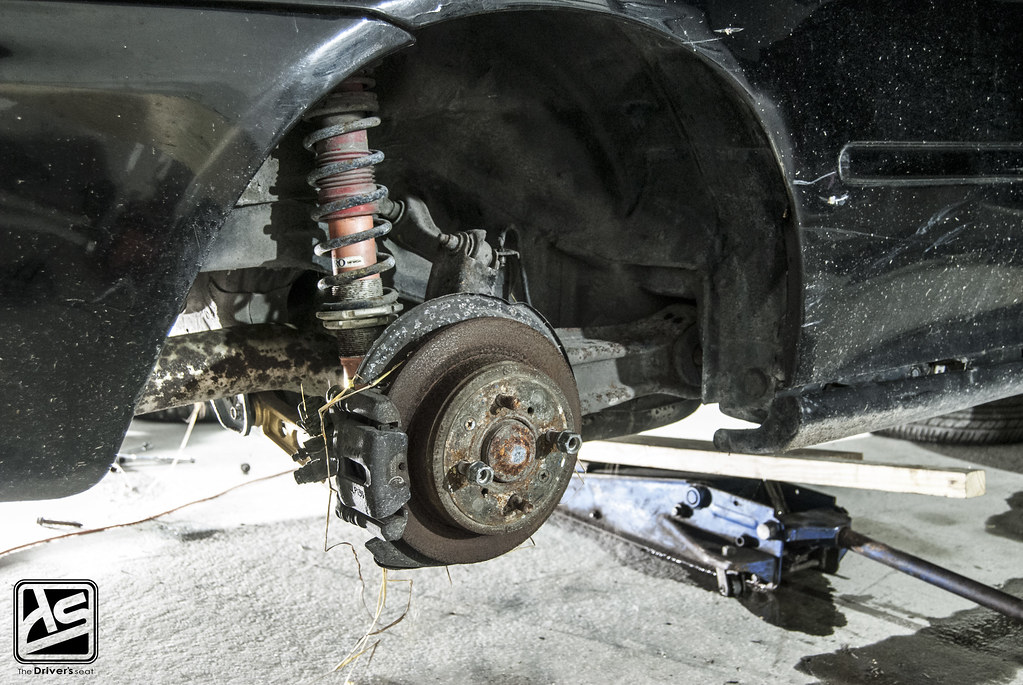 Rear disc conversion along with Tanabe coilovers and Skunk2 LCAs soon to be removed. As you can see everything here could do with some TLC after sitting dormant for such a long time. 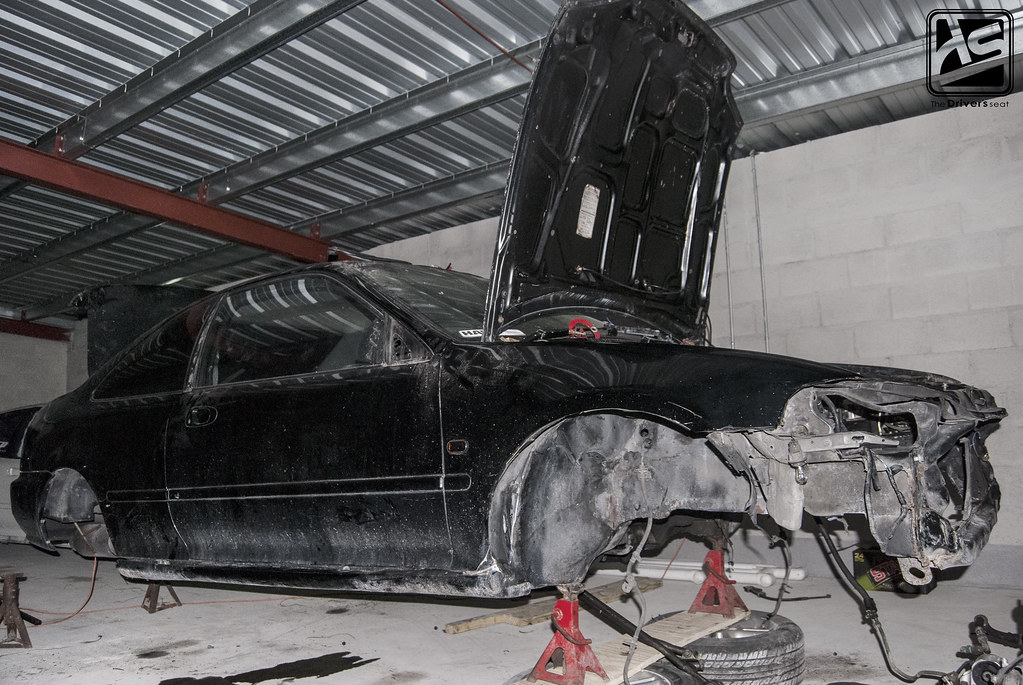 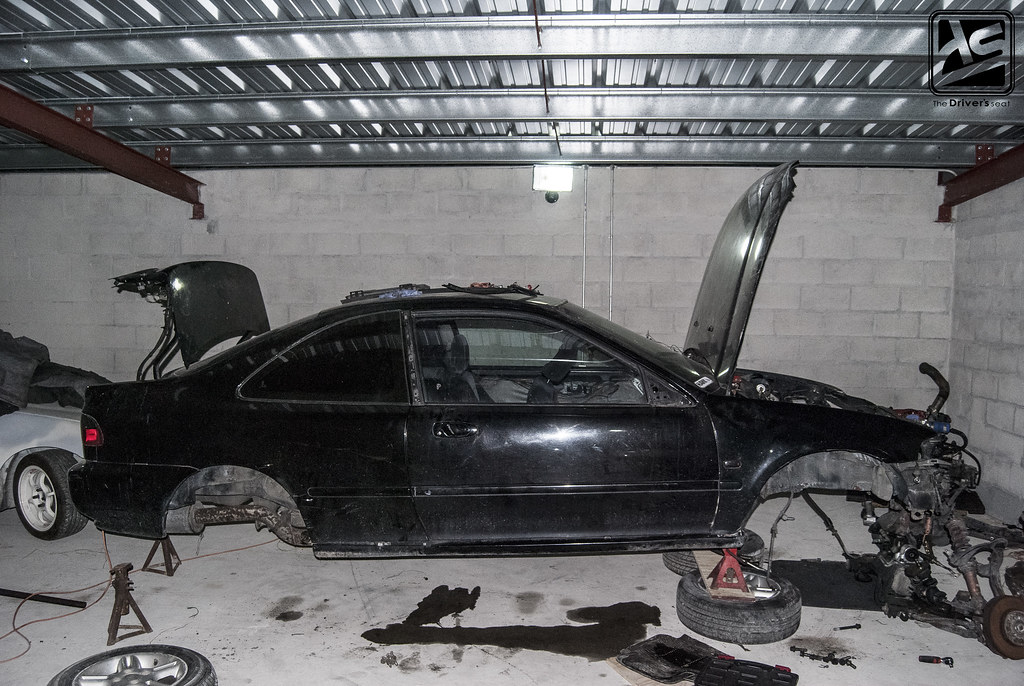 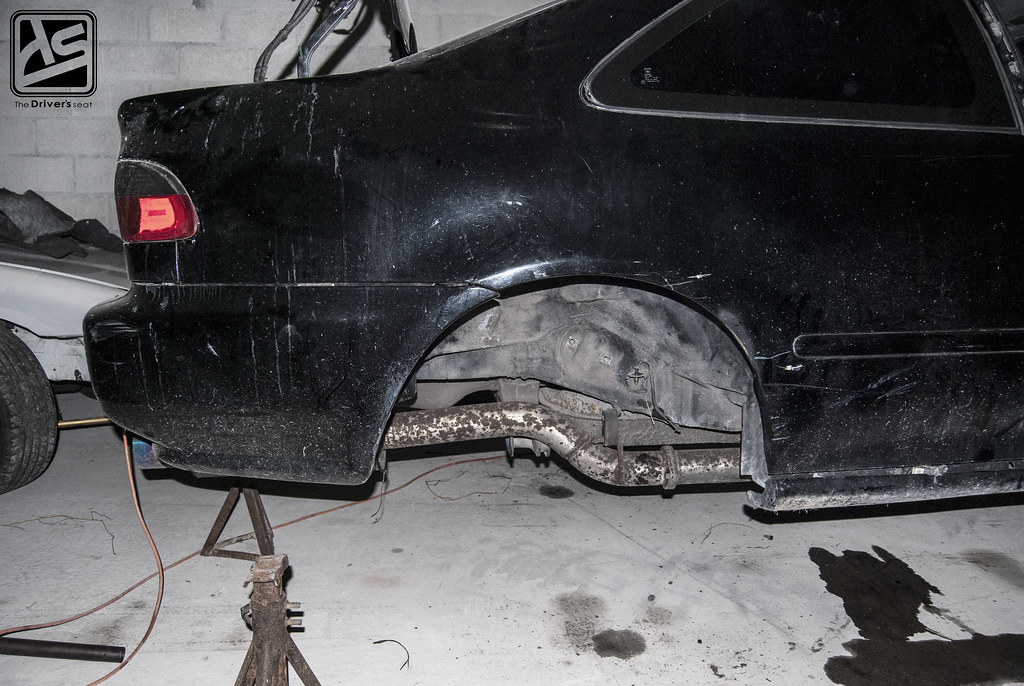 Suspension and trailing arms with rear disc setup removed, all that is left is the 3″ exhaust. 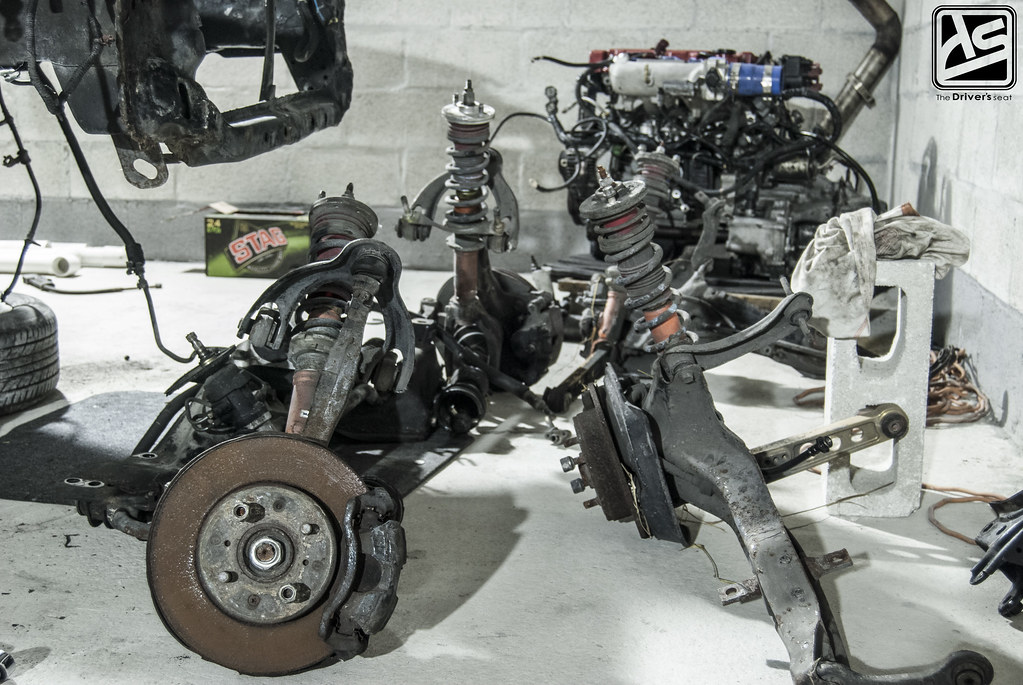 Suspension parts fully removed, the next step from here is to have everything cleaned and prepare for the swap… 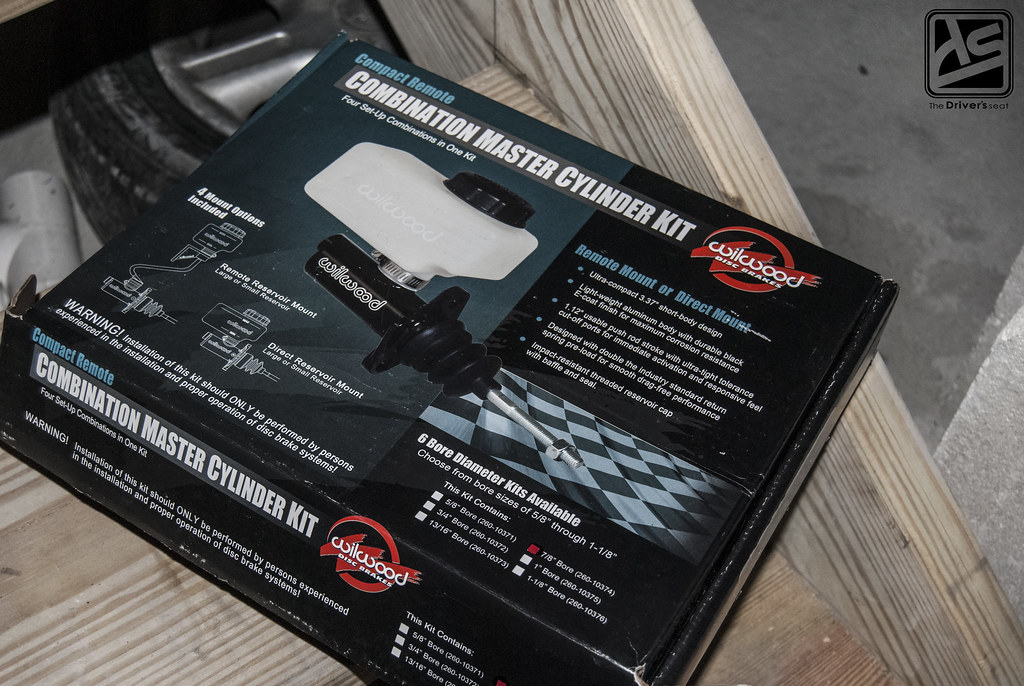 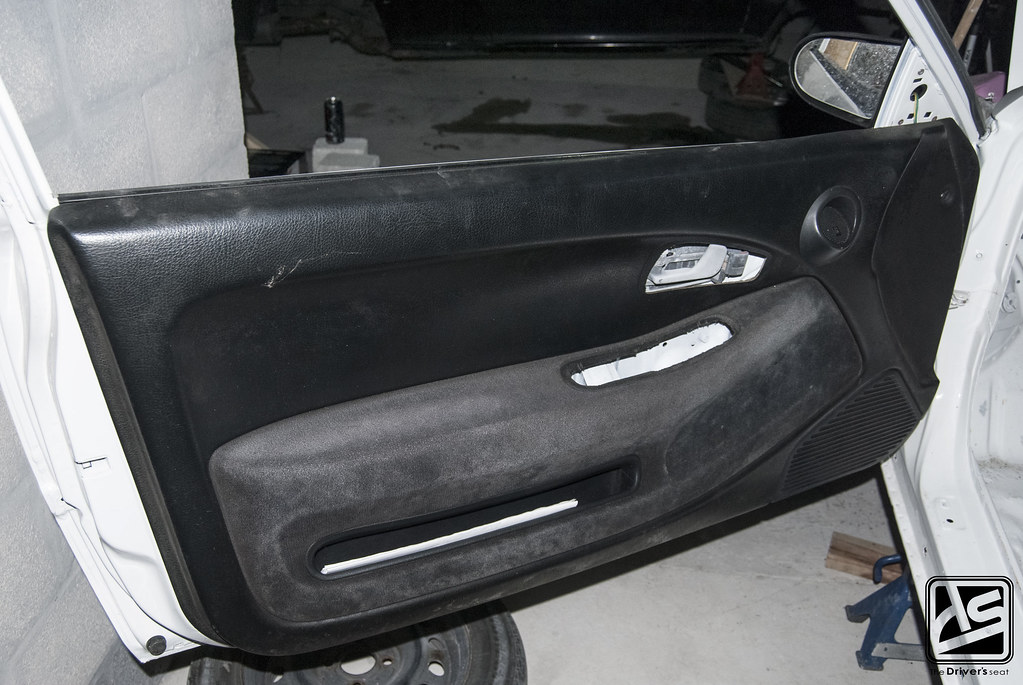 Another piece that was taken from the coupe was the door panels. Corey mounted them to ensure everything fit the way it should. 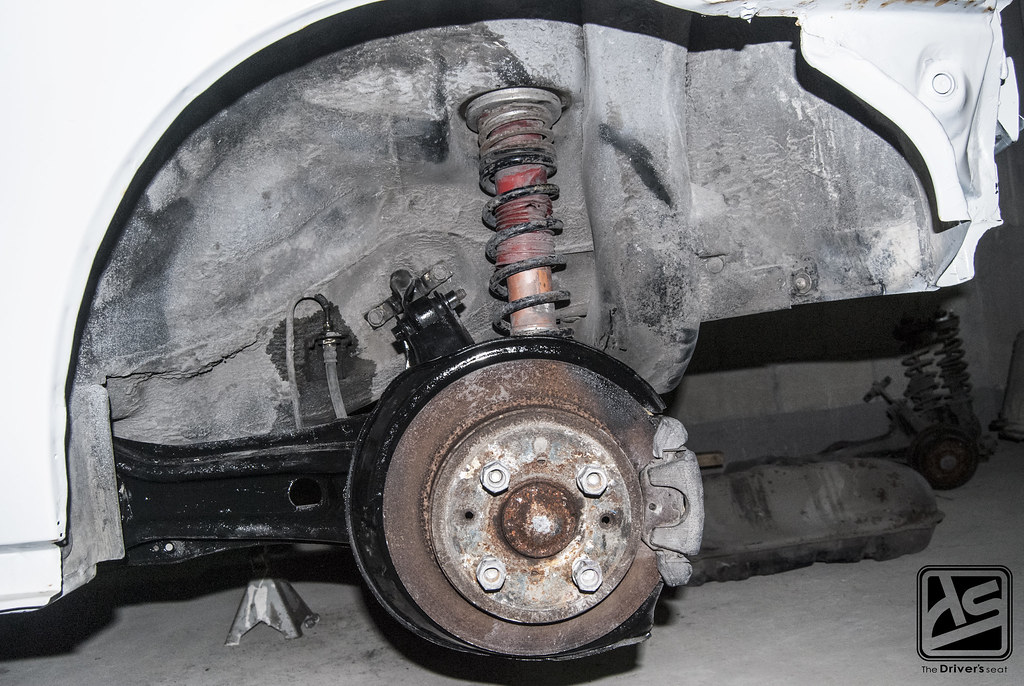 Trailing arms installed with a fresh coat of paint on them… 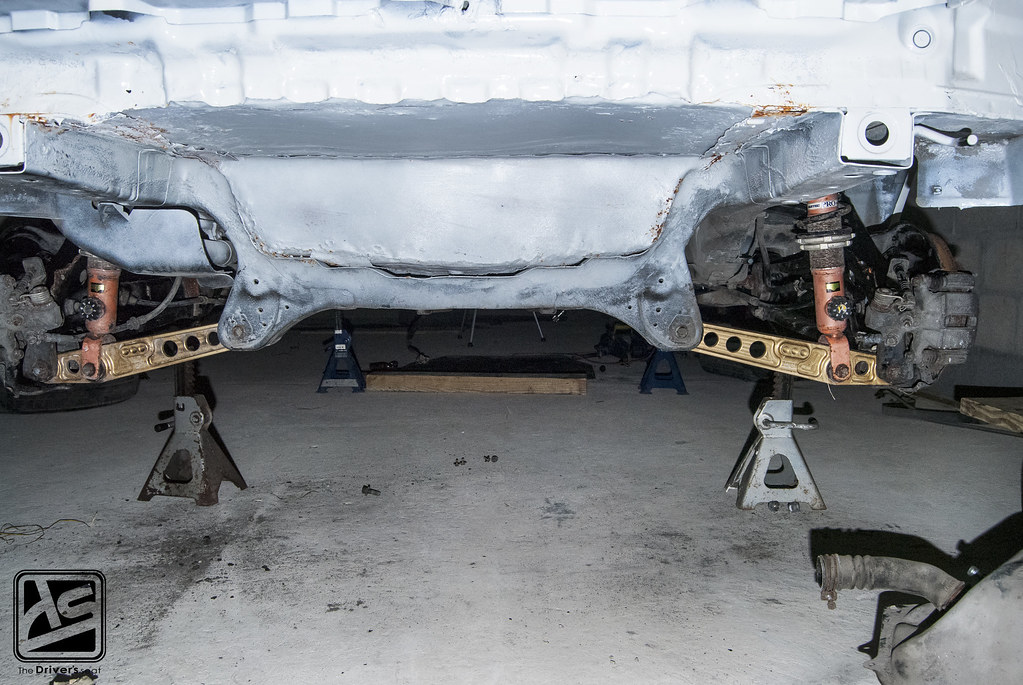 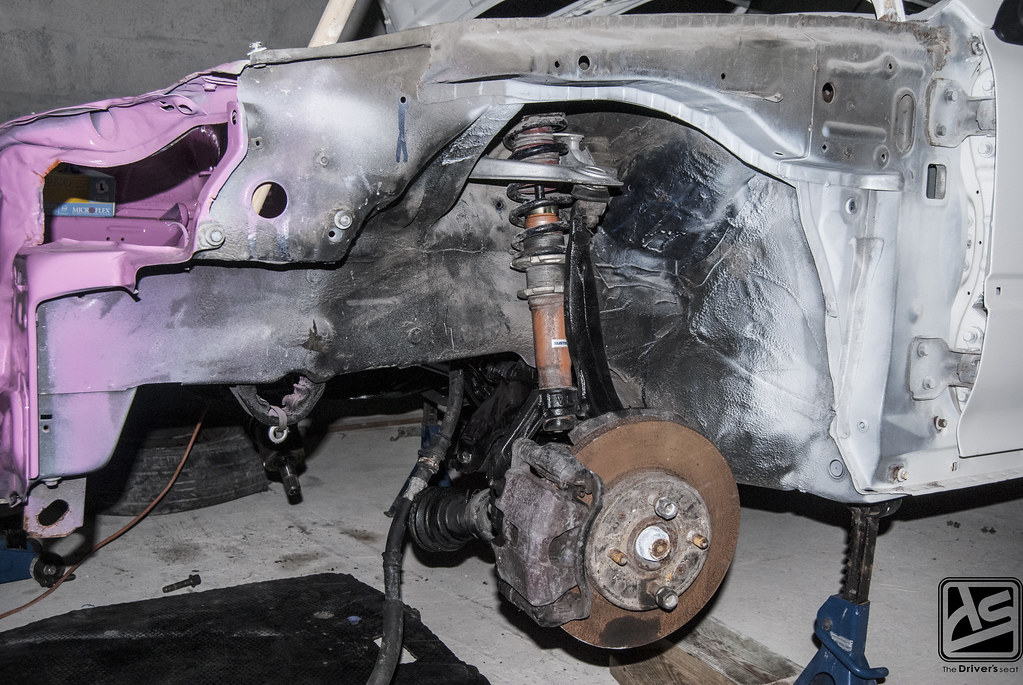 Working our way to the front… 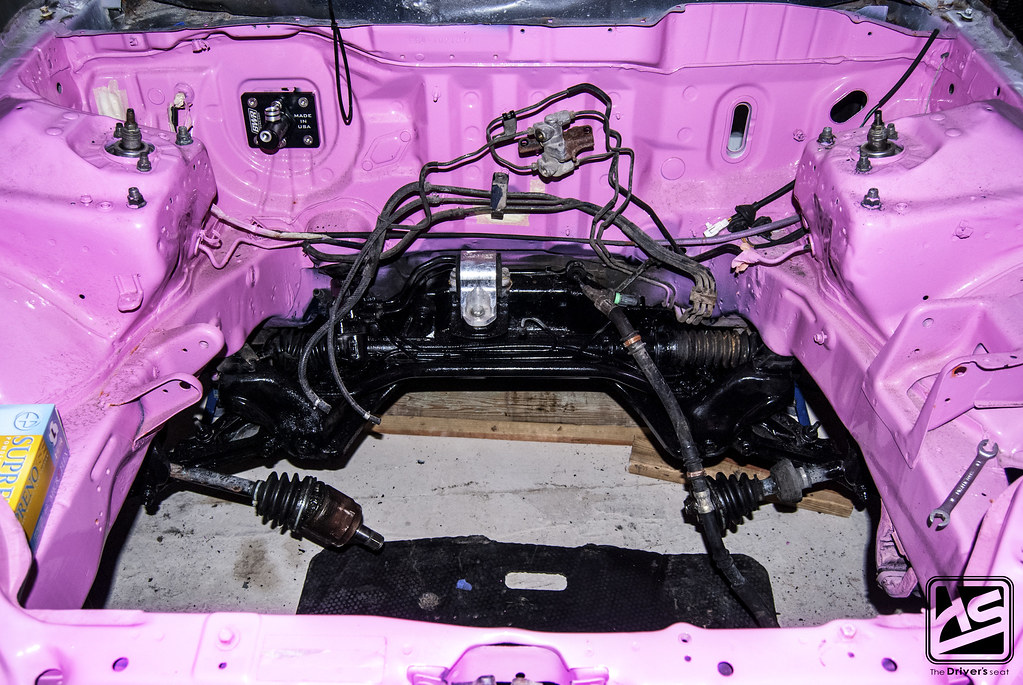 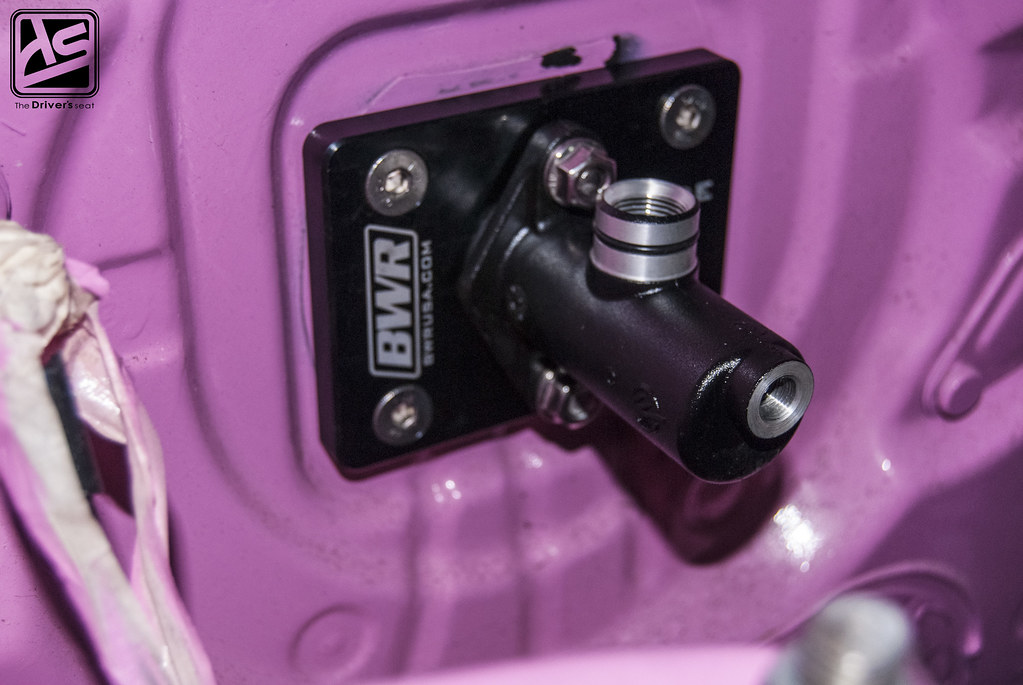 Being a fan of tucked bays, Corey has plans of doing one himself and so far the first piece of the puzzle has made its way into the bay. BWR brake booster delete adapter plate with Wilwood master cylinder.

That brings us to the end of today’s post, thanks for taking a look and stay tuned for more to come on this build.