Most of the Honda builds you guys have been seeing so far were aspirated. Today I will be bringing you guys a first look at Corey’s boosted B-Series build. Much like most builds, this didn’t start out to be as detailed or as extensive as it has become. However, things escalated quickly and in no time it was right where most big builds begin. If it didn’t you guys wouldn’t have anything to read … HAHAHA !!!! Onto some background info:

Having built a series of Hondas in the past ranging from an all-out EK show build which took home several first place trophies both locally and regionally. Then moving onto a daily driven EK9 which he was determined to rev to 10 000rpm. With the help of a Skunk2 valvetrain and cams, the goal was achieved resonating through a 2.5″ titanium exhaust. One can easily say that Corey isn’t a stranger to the tuning world.

Which brings us to the present, Corey decided it was time to get back into the performance world and his platform of choice would be Honda. This time Corey wanted to try something different, namely boost. After doing a fair amount of research Corey opted to go with the B-Series motor and the hunt began to find a clean shell to perform a swap or even better find a car complete with the platform already. Corey was able to find a Civic Coupe with a LS motor and a GSR gearbox which was an adequate base to build from. Naturally he didn’t let this opportunity pass and picked it up. The initial goal of the build was basically to see how much he could extract out of the motor with the car remaining as street-able as possible. 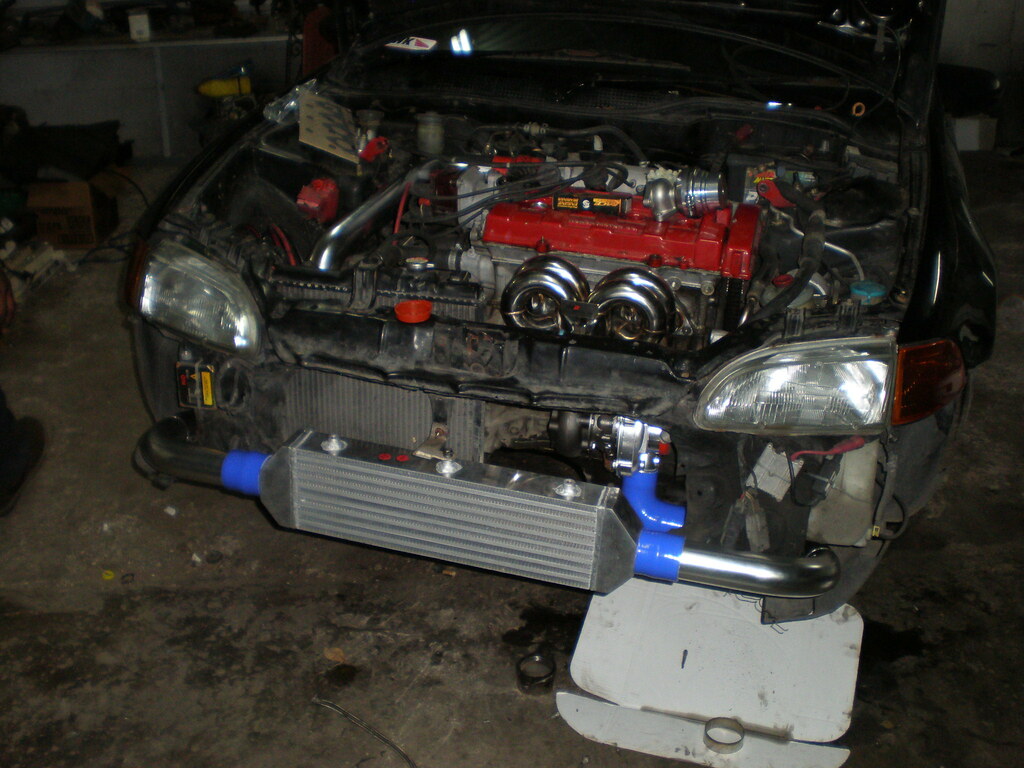 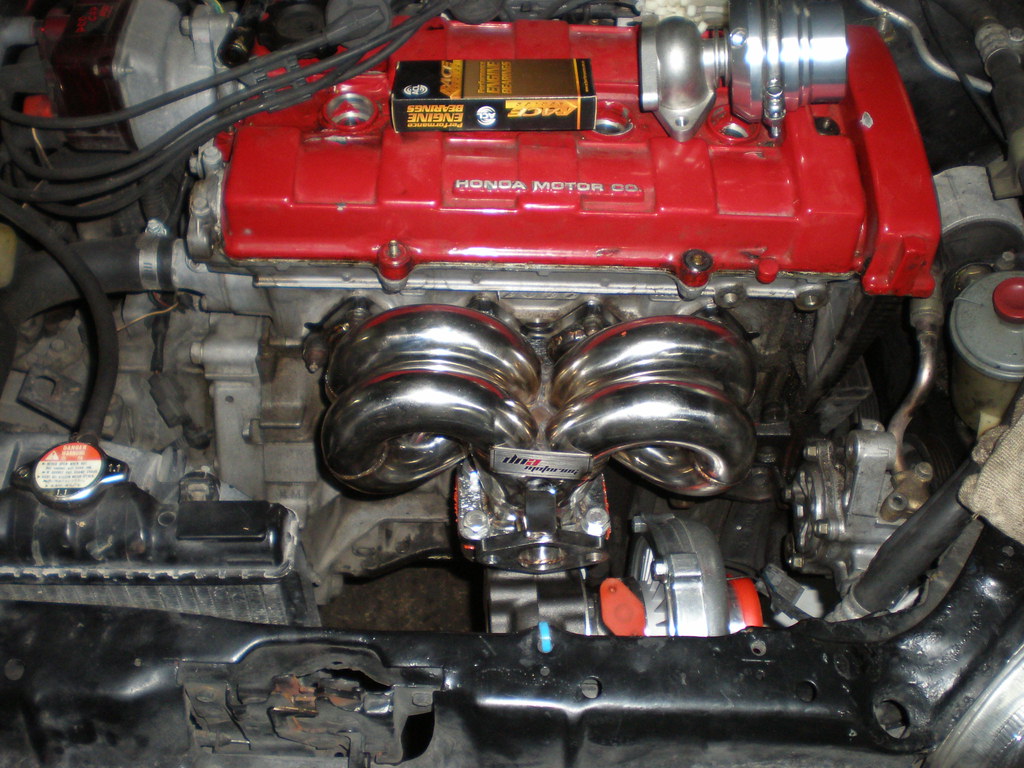 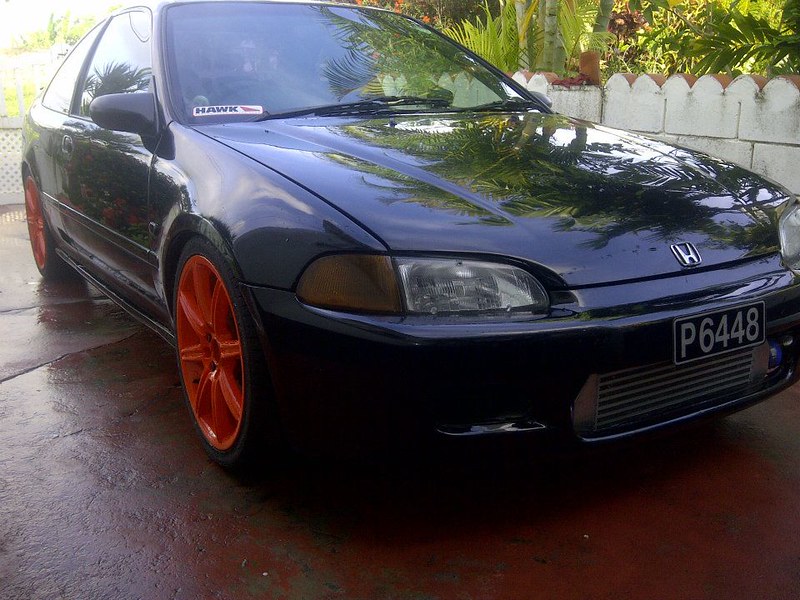 The package came together in no time. Tuned with a Hondata ECU for only 8psi Corey made his way to drags to set an impressive official time of 8.8secs in the 1/8. Unfortunately however, the lifters in the head were damaged during the event. With the damage the LS head suffered, Corey took this opportunity to source a GSR head and moved forward with a LS Vtec setup. 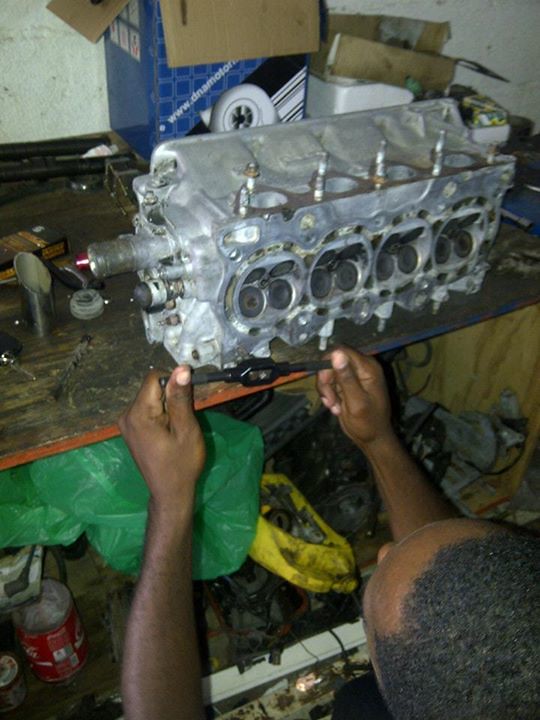 Taping the oil supply port in the Vtec head so it can be plugged. The non Vtec block doesn’t have an oil port in this location so it is necessary to run and external oil line. 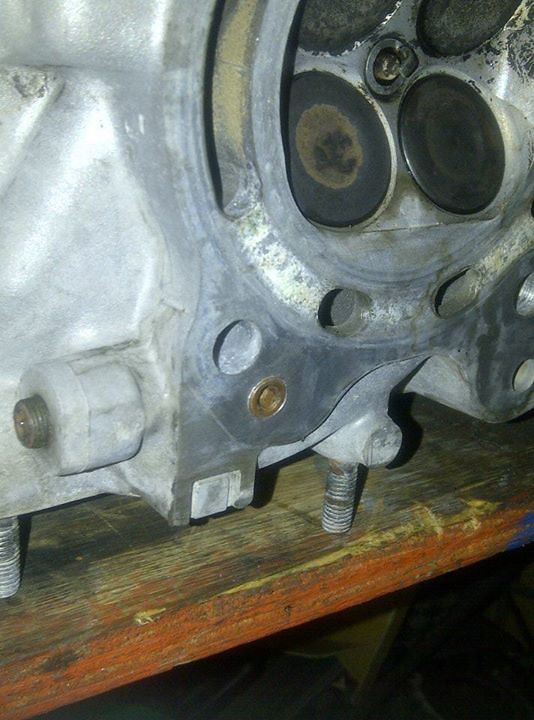 A look at the oil port now plugged… 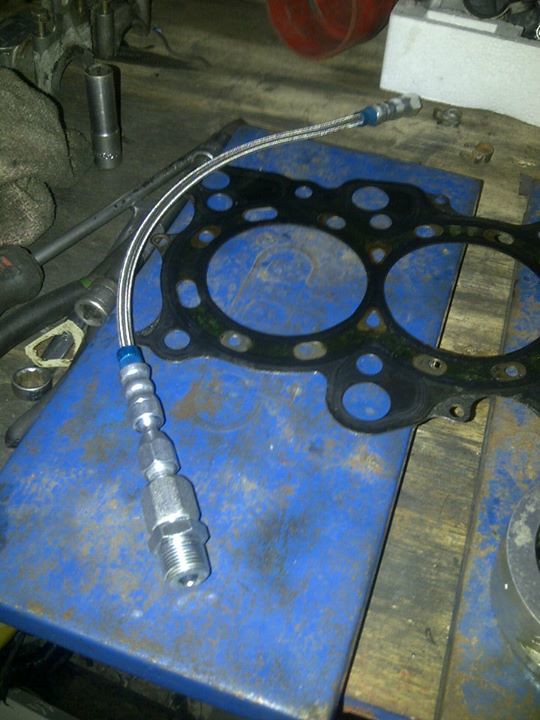 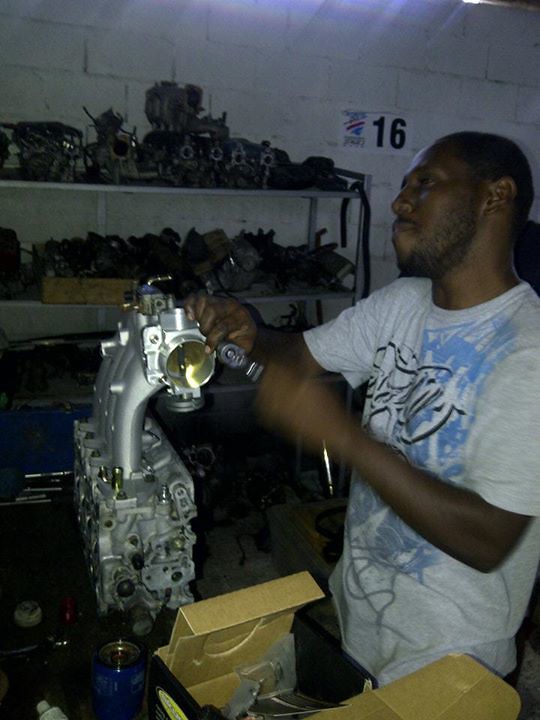 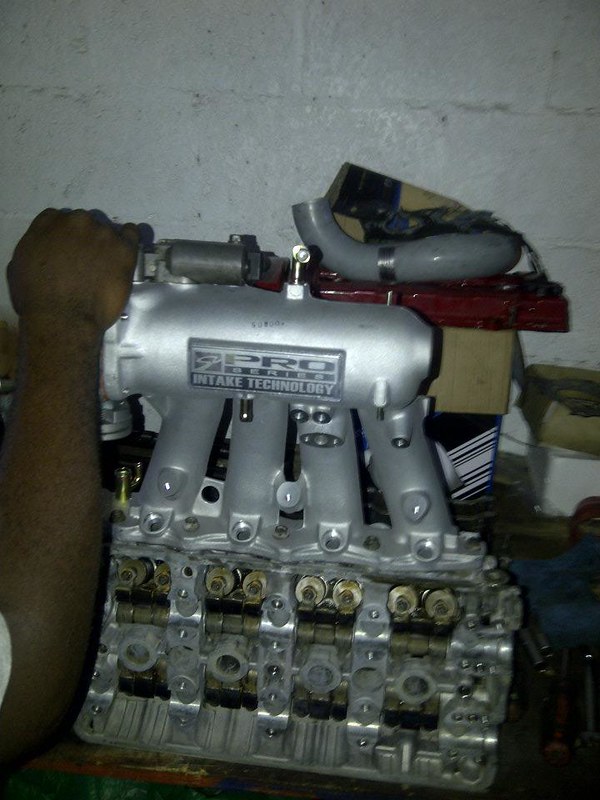 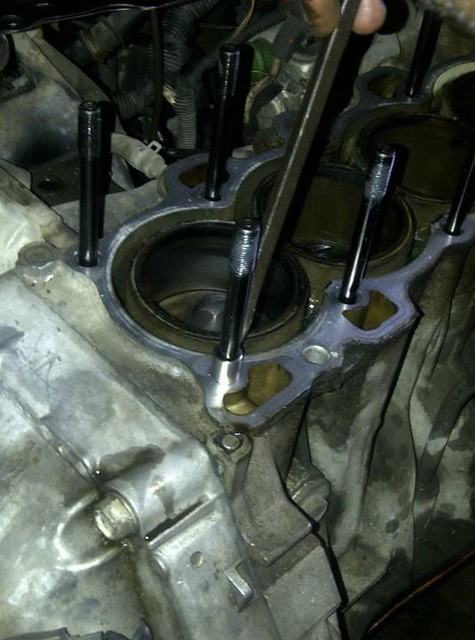 With the head already lifted, Corey took this time to upgrade the  head bolts to ARP head studs… 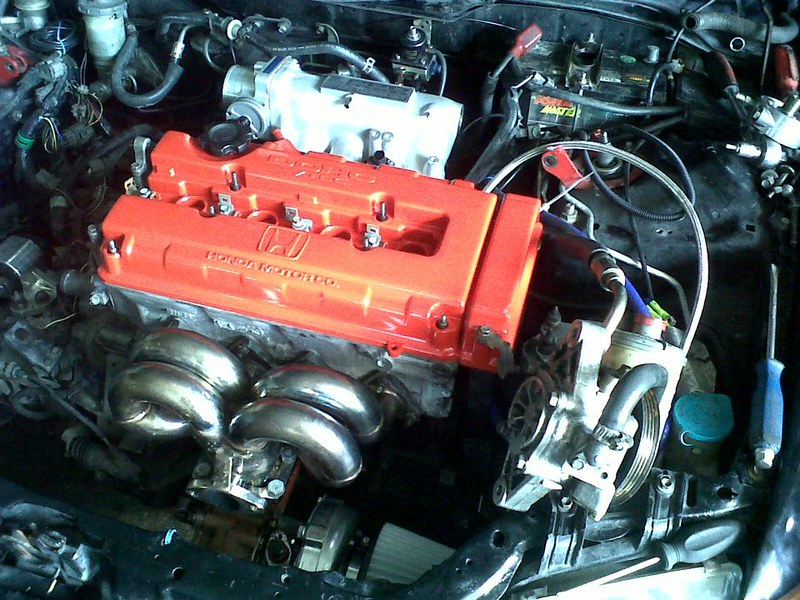 Another notable change with this setup was an increase in injector size, Corey went from 450cc Bosch to 1000cc RCs… 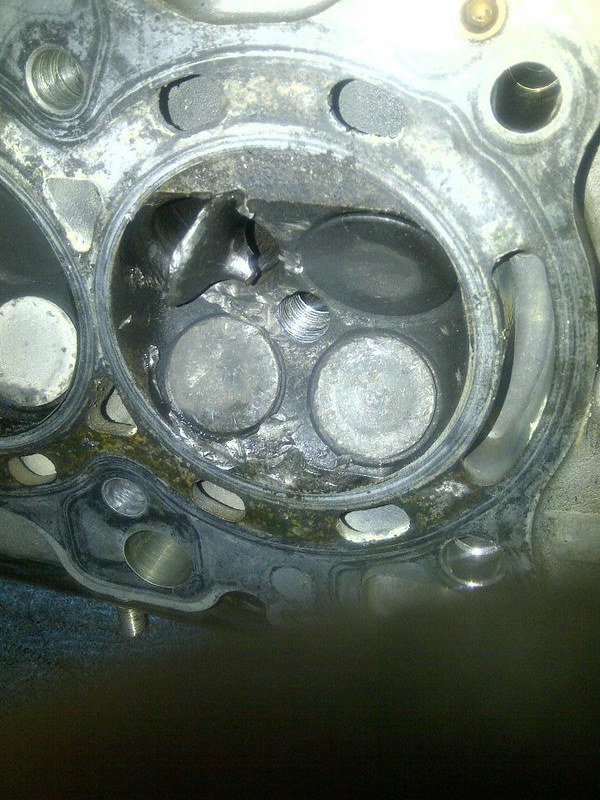 The setup was complete but tragedy struck once more… 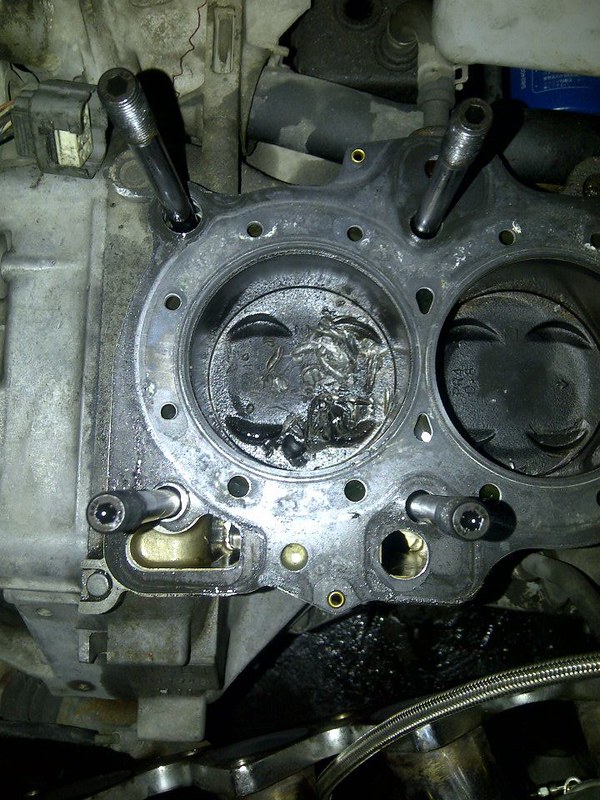 While tuning, he dropped a valve caused by retainer failure. Not wanting to go back the LS Vtec route, Corey was only left with the option to start over…

And it was just around here when everything changed and it became an all-out build. With the entire build taking a new direction, the goal in mind also changed as Corey began to travel down a very serious road. Let me explain, the next phase that followed took a heap of determination and motivation, from here he wouldn’t be going at the turbo setup half assed. The plan is to show 4wd owners that the car could be fast even though it’s fwd; being competitive in the 10 sec class with the new setup should be attainable. 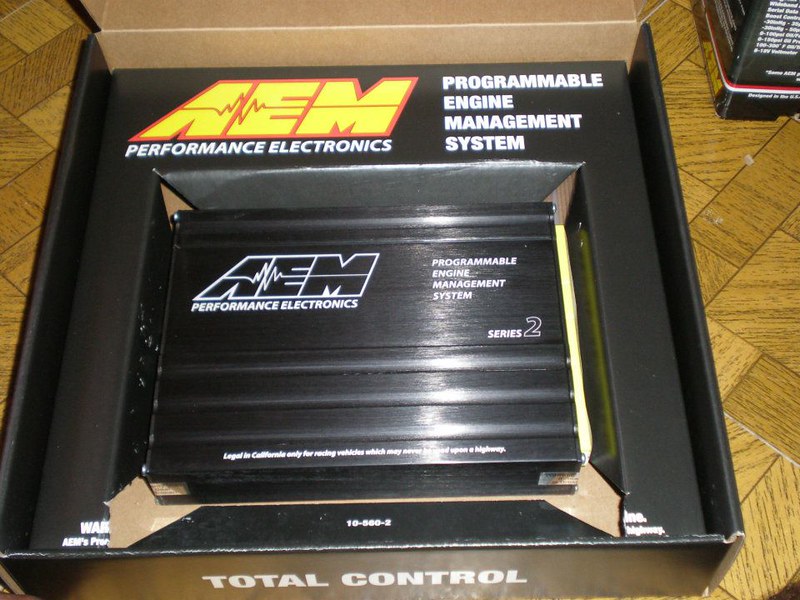 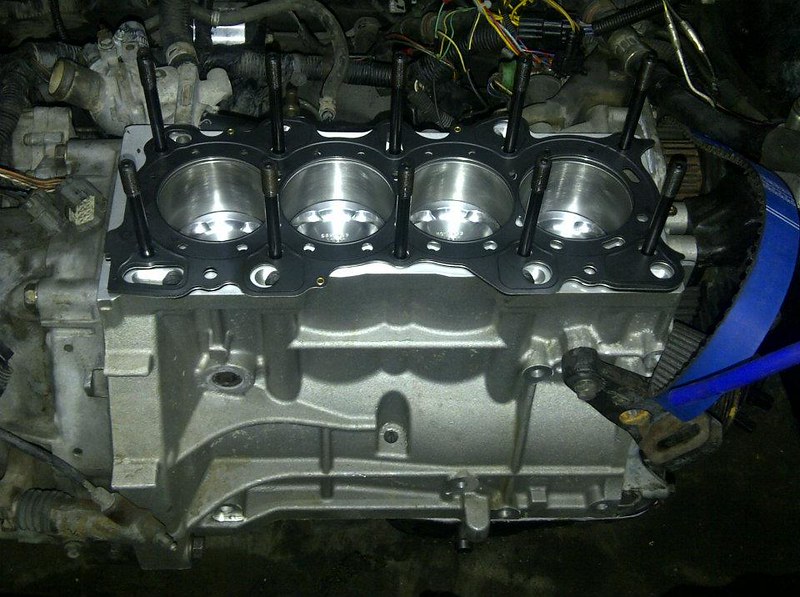 Other upgrades to this setup include : 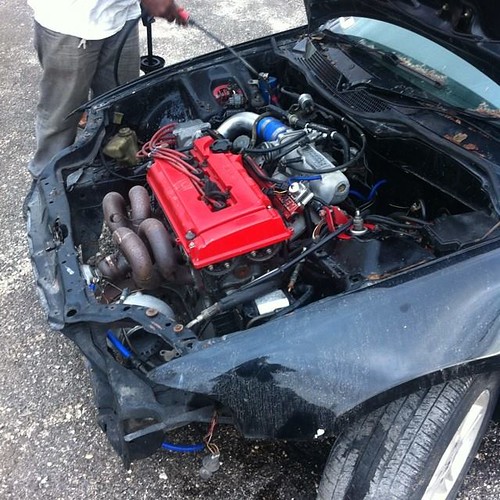 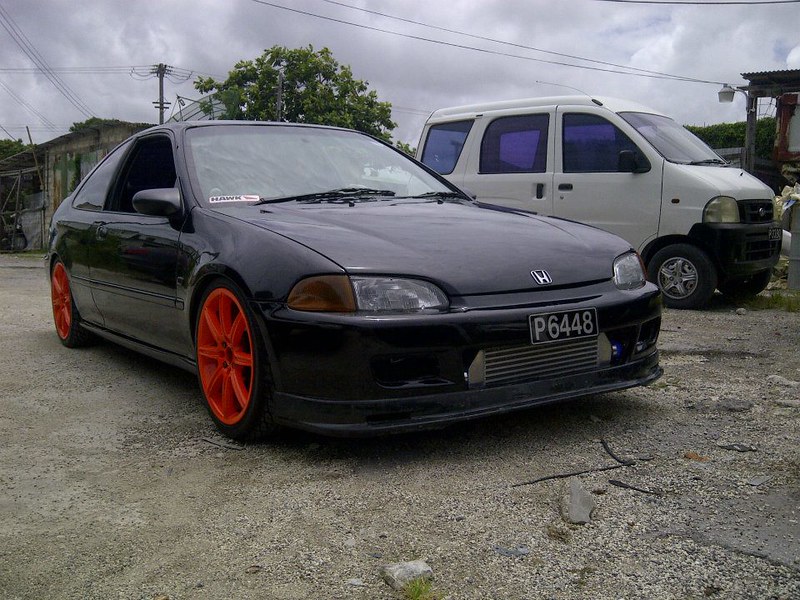 I hope you guys enjoyed a first look at Corey’s Boosted B-Series Build. Thanks for taking a look and stay tuned for more to come from this build very shortly…