After recording the fastest 1/4 mile time in his once street-able Mitsubishi Evolution IX – what’s next on the list of things to do? Build a fully street-able version. Already being aware of the limits for both the motor and drivetrain, Sol decided he would take on another Evolution project.

This time minus the aggressiveness of a sequential gearbox, the road noise associated with a gutted interior and the inconvenience of being dependent on race fuel. On a quest to find a balance between being fast, reliable and comfortable, similar to the goal he set in mind for the Supra. The Evo IX would require many of the usual creature comforts such as air-conditioning and power steering whilst running pump gas and packing some serious punch for an AWD sedan.

After formulating a plan it was time to execute, Sol went on the hunt for a Evo IX in relatively good condition. In a short span, his efforts yielded results in the form of a pristine condition Apex Silver Evolution IX.

We take a closer look at the recently acquired Evolution IX and what would kick start the beginning of another epic build. 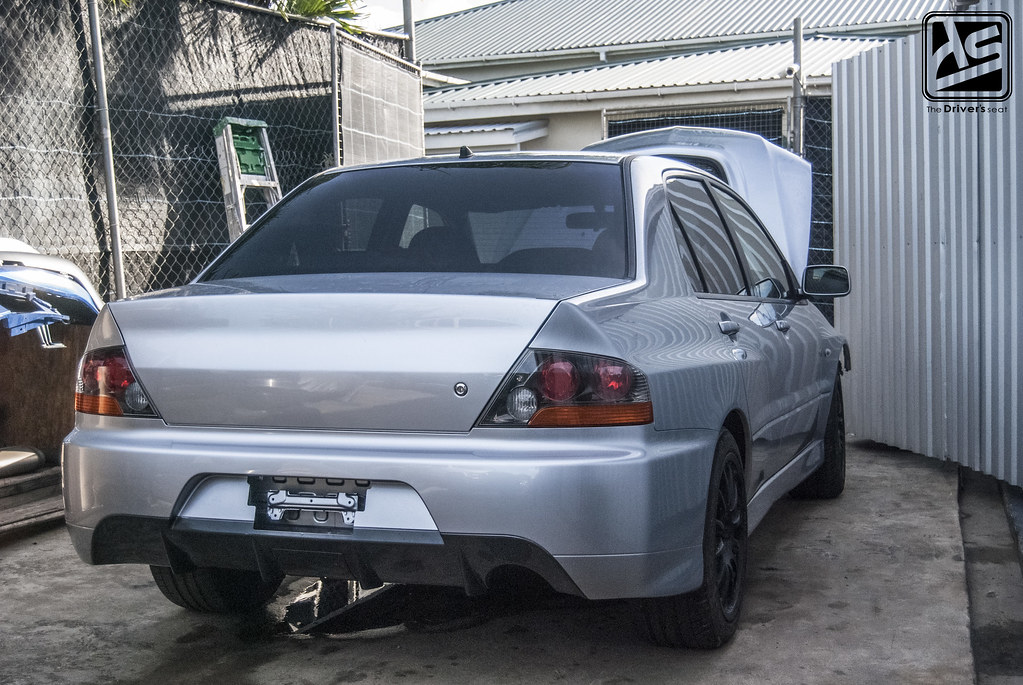 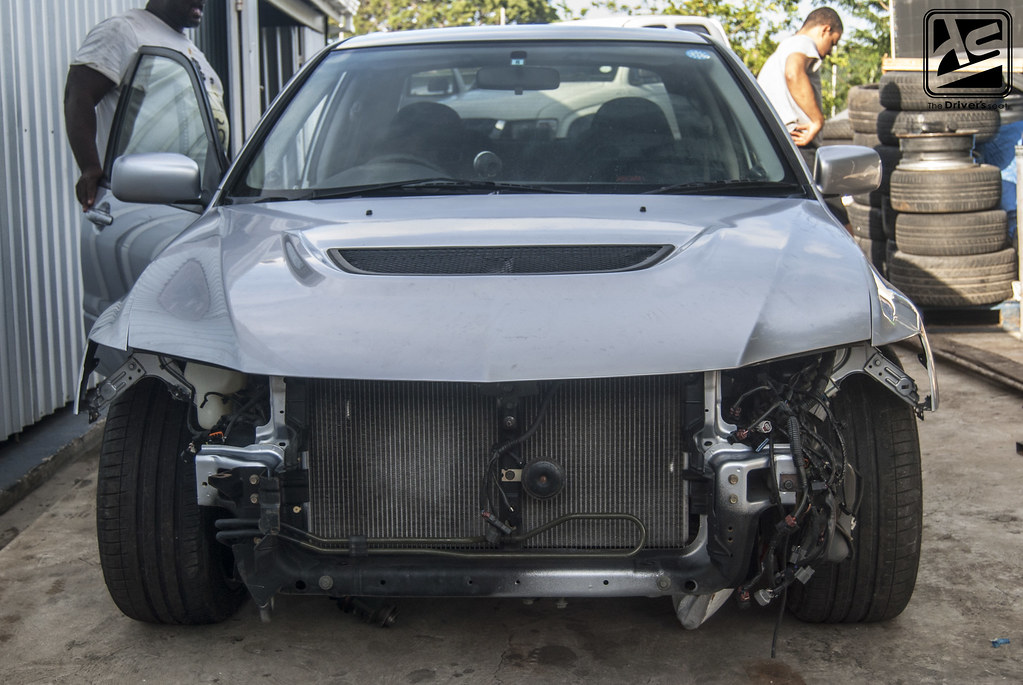 The exposed front end, missing the front bumper and headlights; this won’t be a problem as most of the work would be done within the engine bay… 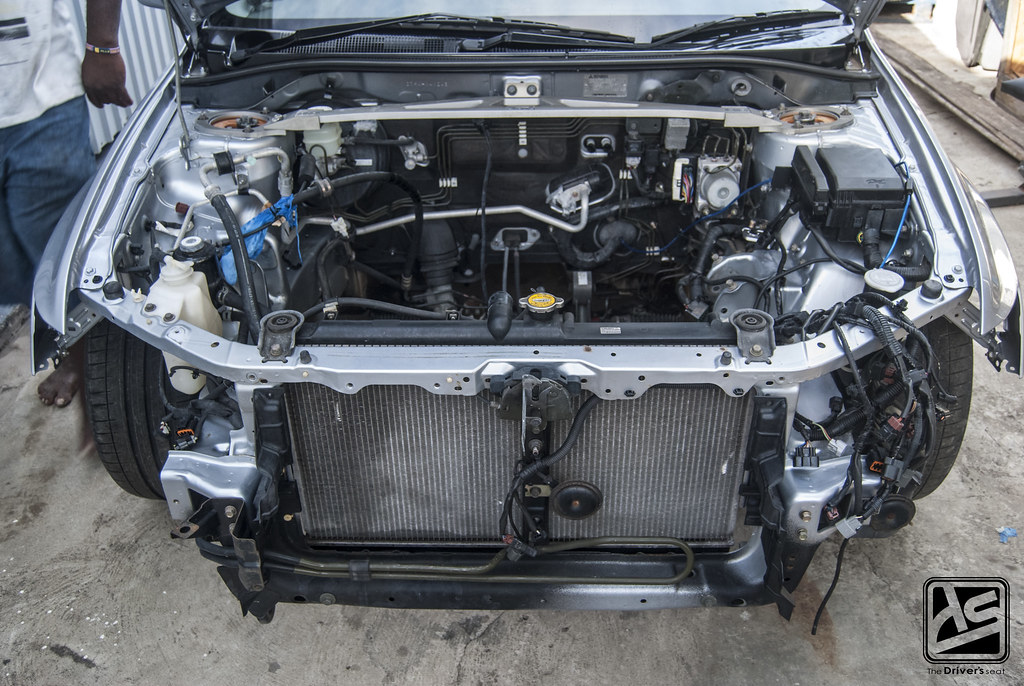 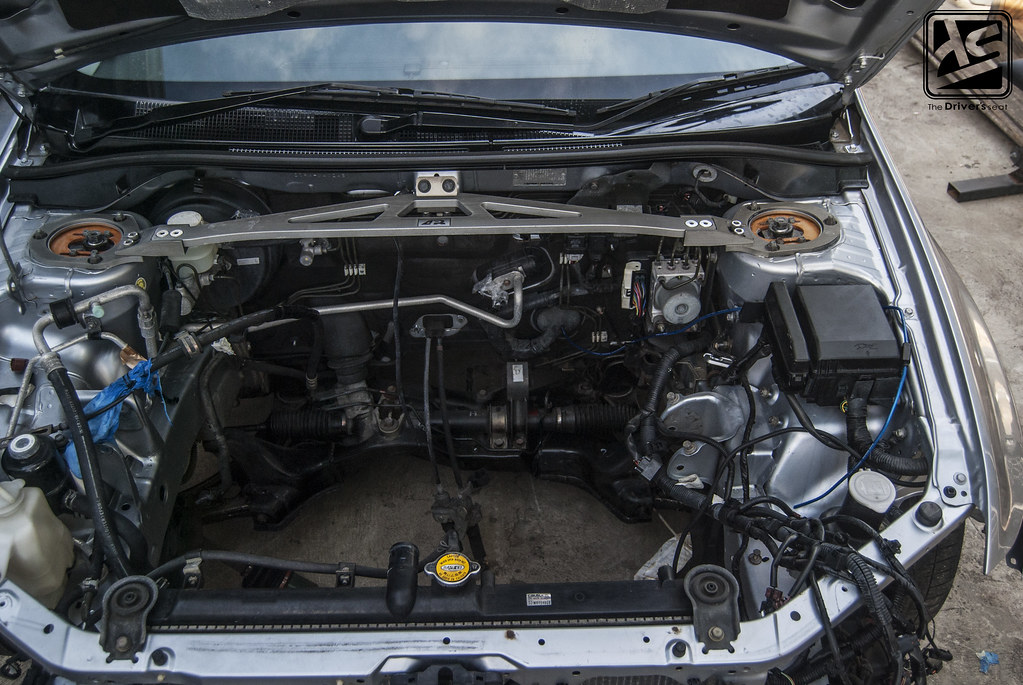 A close look at the engine bay, where it’s mostly populated with various wire harnesses, lines for air-conditioning, power-steering and ABS. An APR Performance Flex Control 3 point strut tower brace is matted to the chassis to add some additional rigidity… 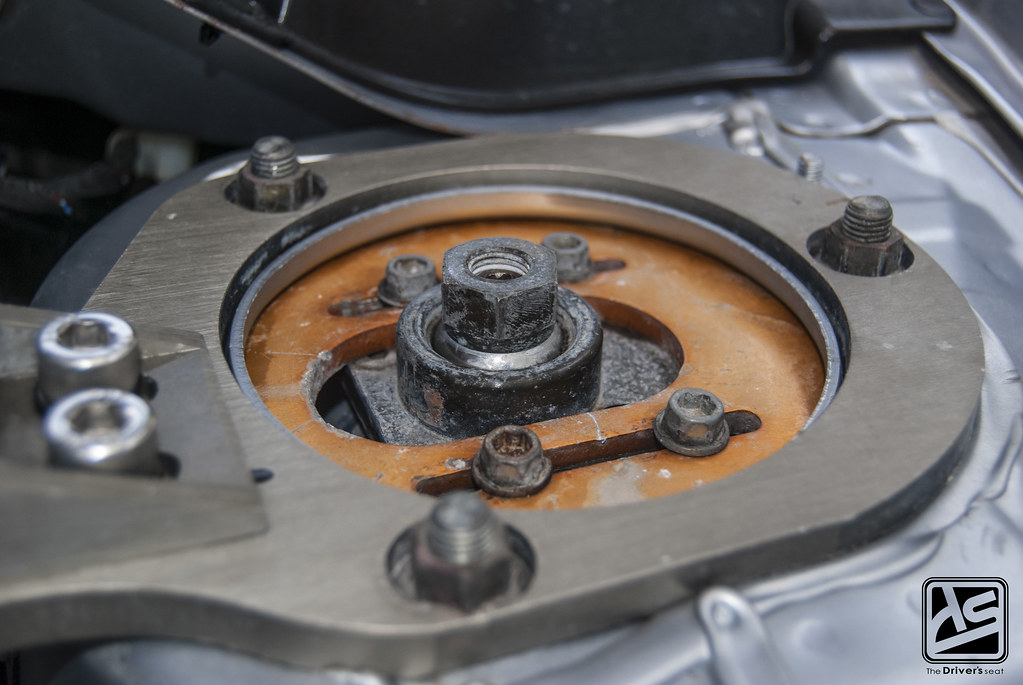 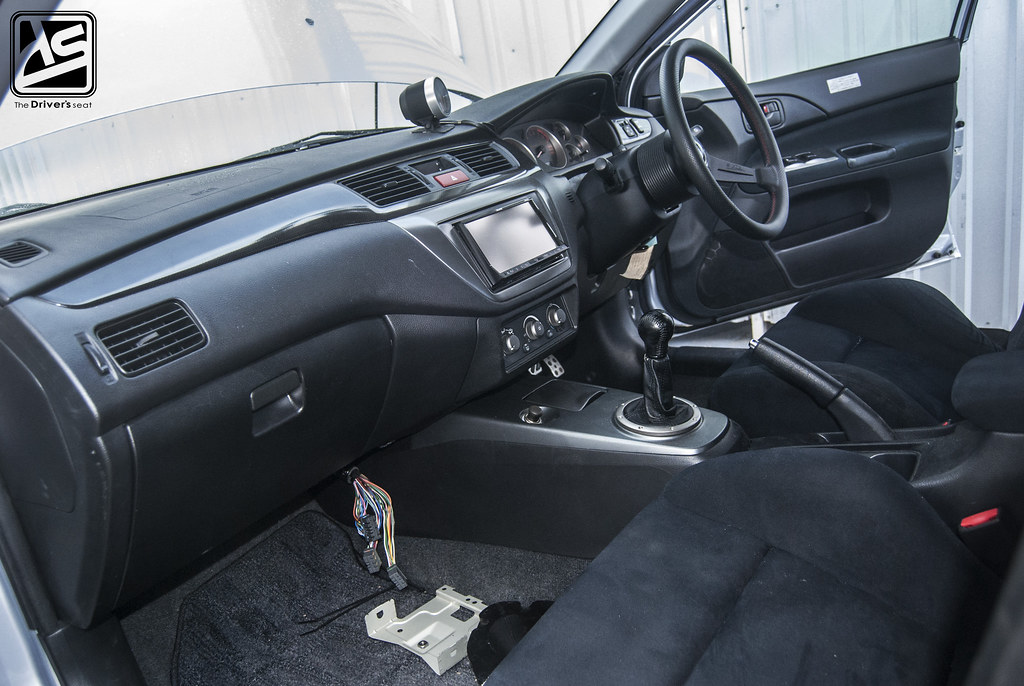 Working our way onto the immaculately kept interior… 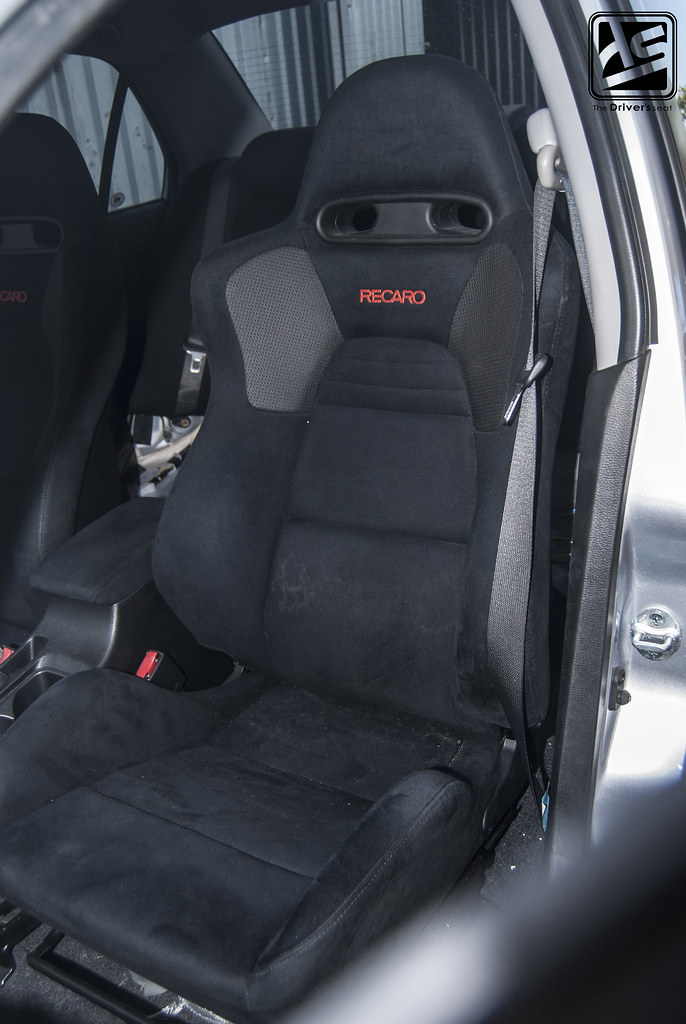 The first thing that caught my attention was how well maintained the Evo IX Recaro seats were; but when I started to look a bit closer I noticed this level of care was extended throughout the entire interior… 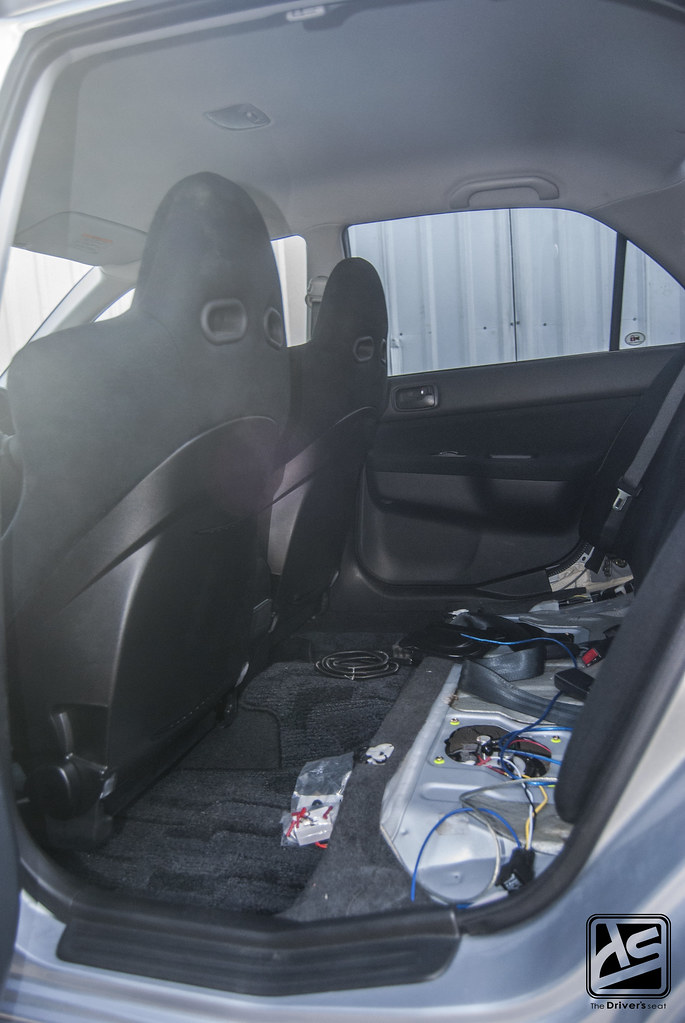 In the rear, a few things still needed to be completed before the seats could be fitted… 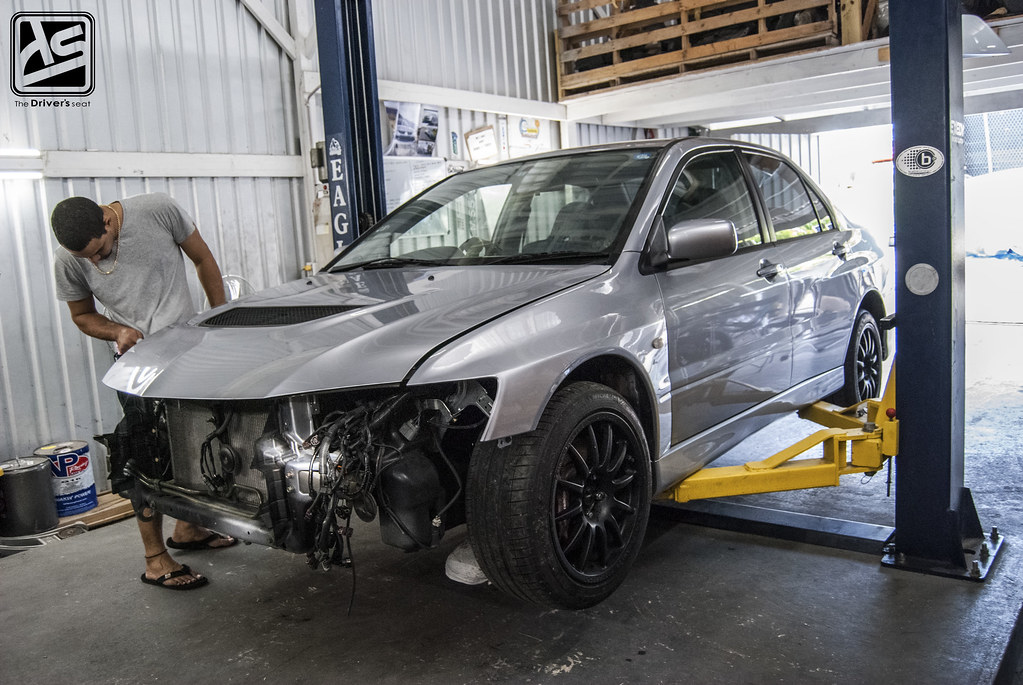 Scott decided to roll it onto the hoist so I could get a better look at the newly acquired shell. Scott has a keen eye for details which is displayed as he is taking a closer look at the fitment of the hood… 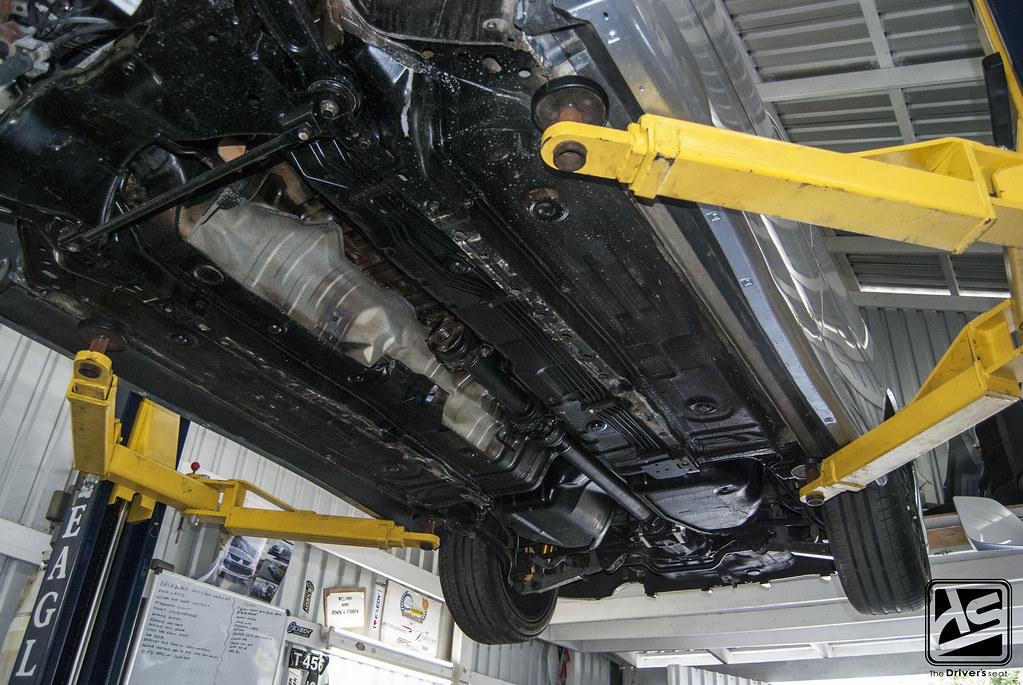 As expected the underside of the car had no serious damage. Its always great to start with a clean base that you can then mould to your likings… 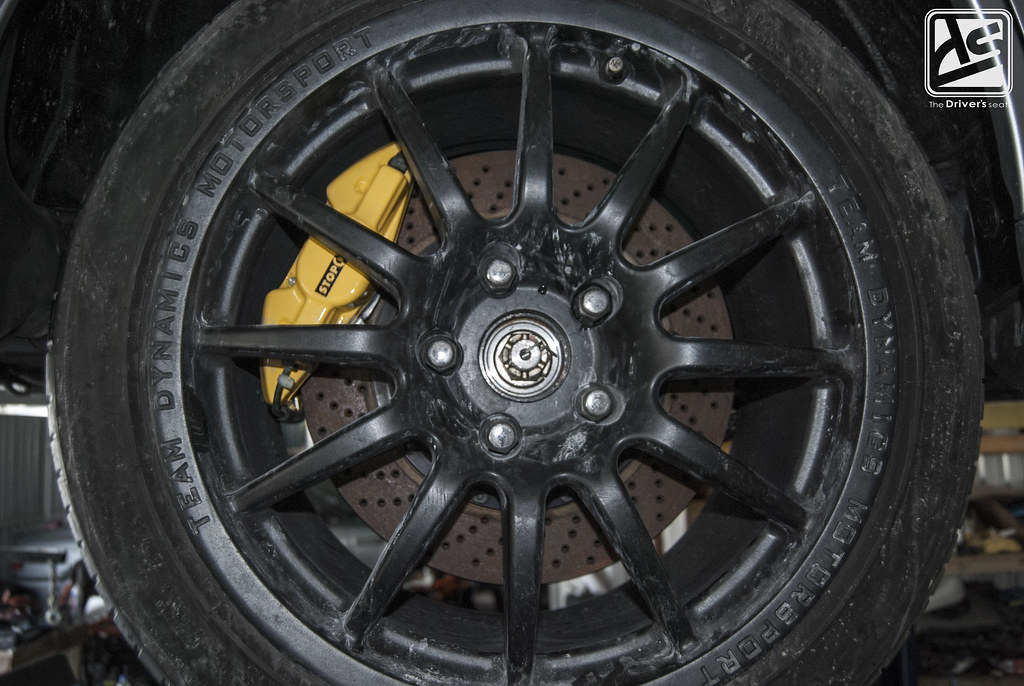 The Evo is currently on a set of Team Dynamics Pro Race wheels in a 17×9″ configuration. These wheel are temporarily being used to have the shell transported. Peeking behind the matte black wheels are a set of Stop Tech twin pot calipers with 328mm drilled rotors… 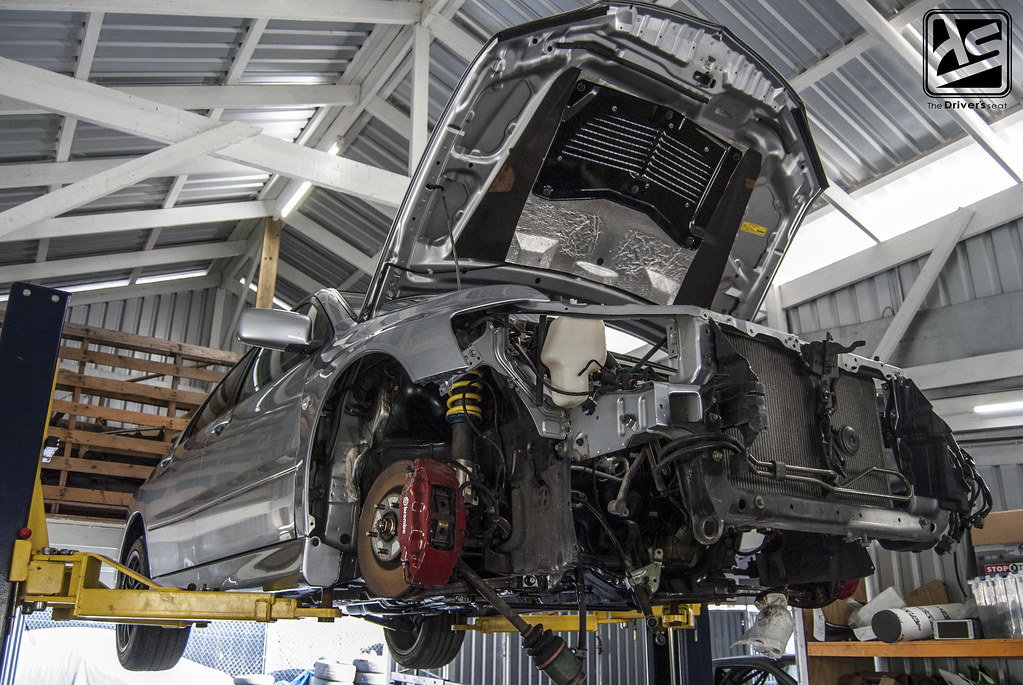 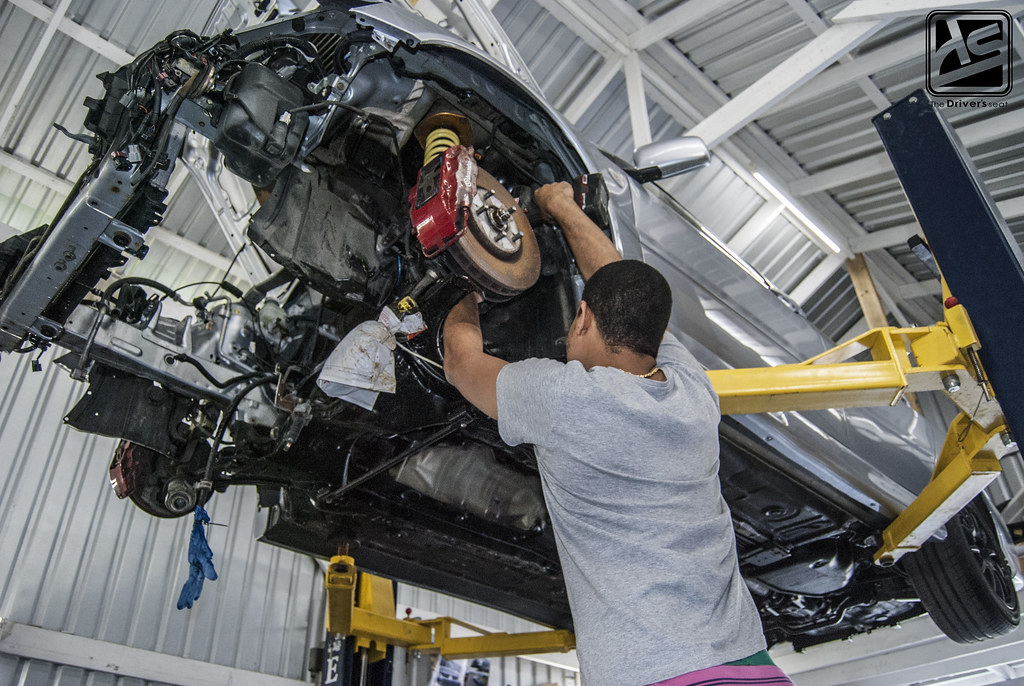 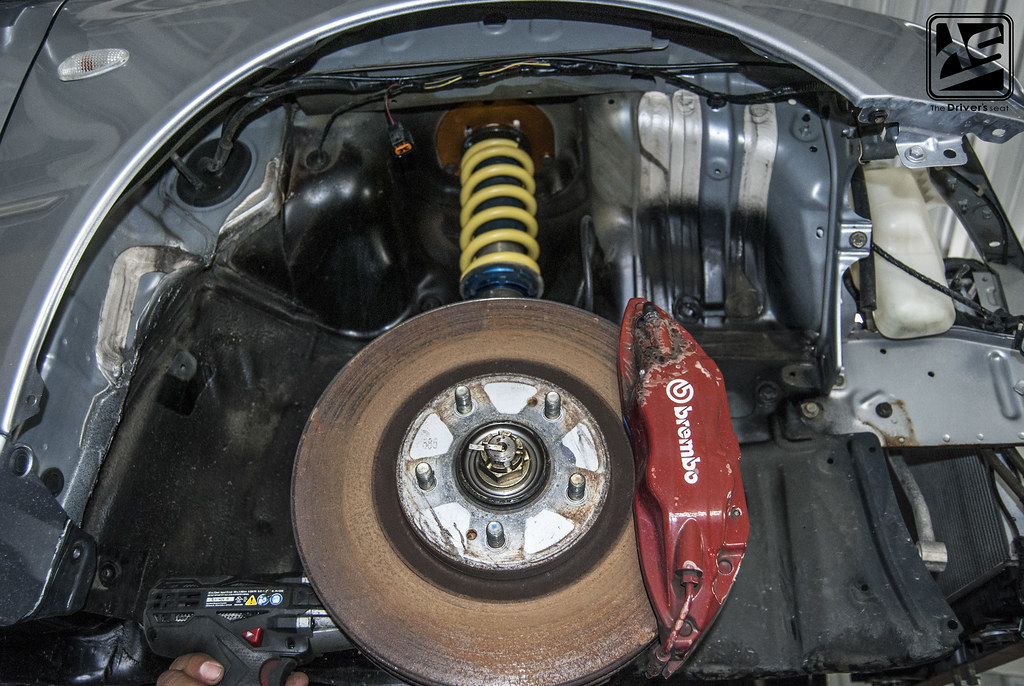 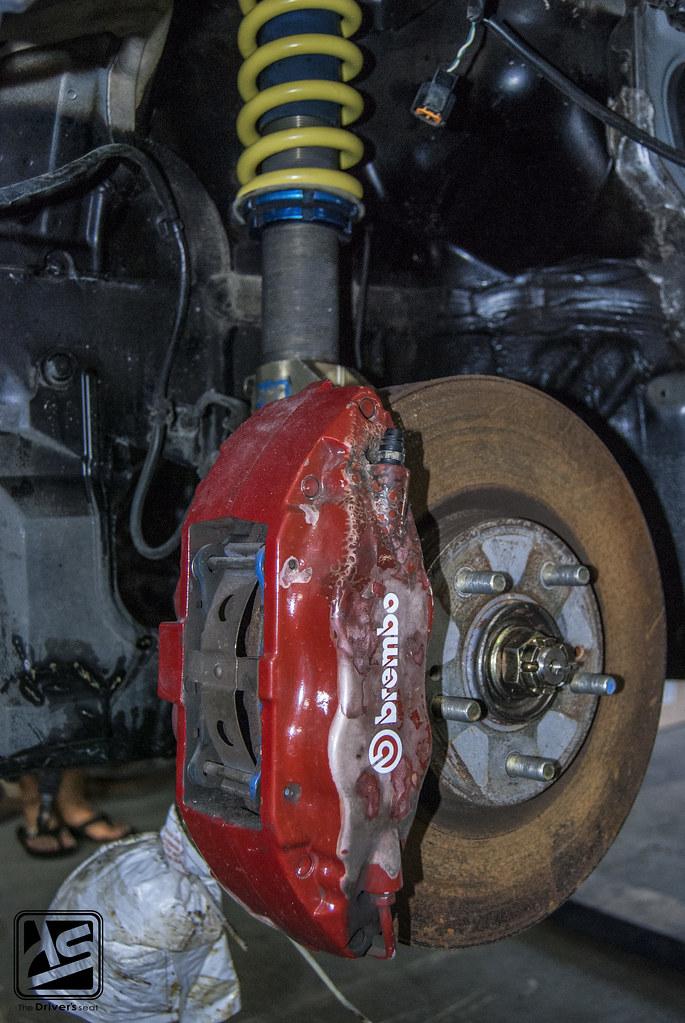 At the front the Evo is currently utilizing the OEM 4 pot Brembo calipers and rotors. These will later be swapped out for an upgraded Stop Tech equivalent… 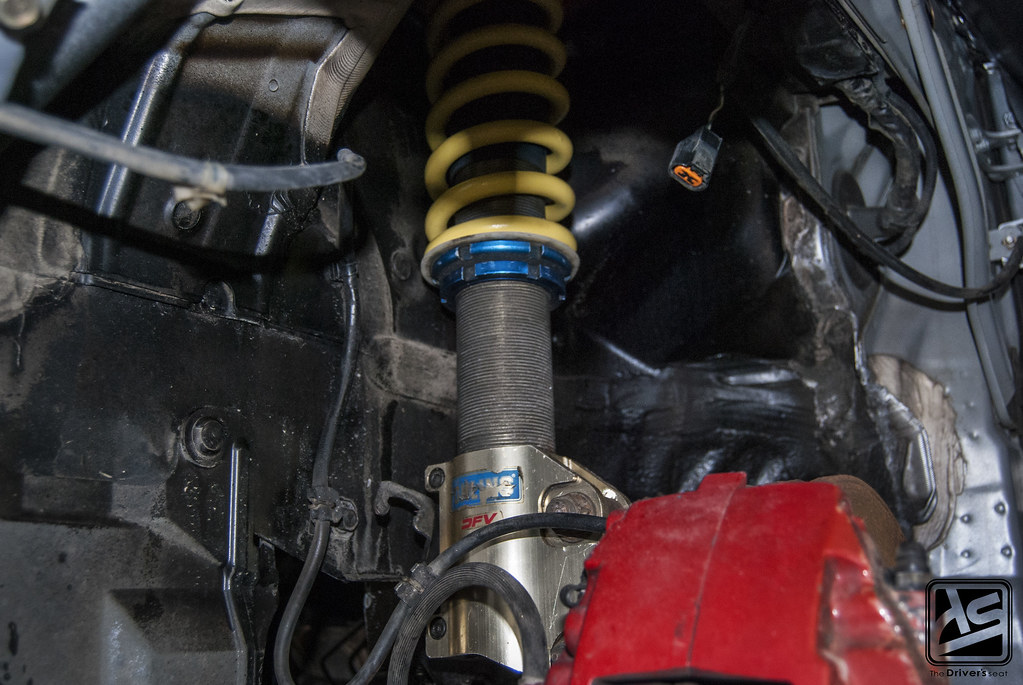 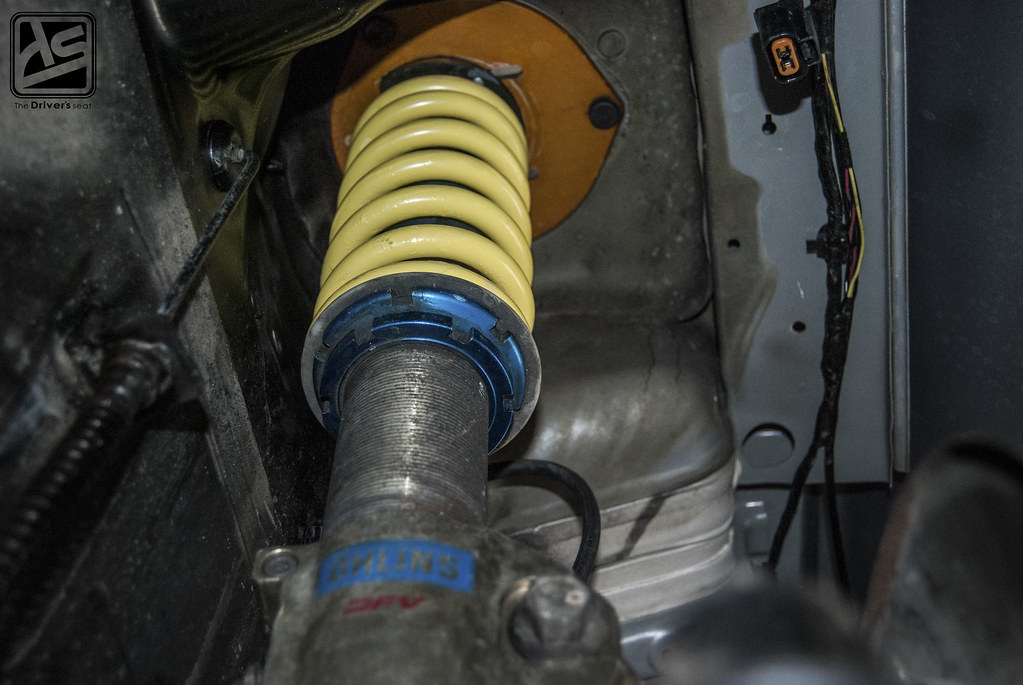 Having previously driven on a set of Ohlins Road and Track coilovers, Sol chose them for this build due to the comfort they provided on the street coupled with their handling capabilities. Being mindful of the goal for this build, they are the perfect fit; comfortable for the road but still capable enough to be taken to the track and perform. 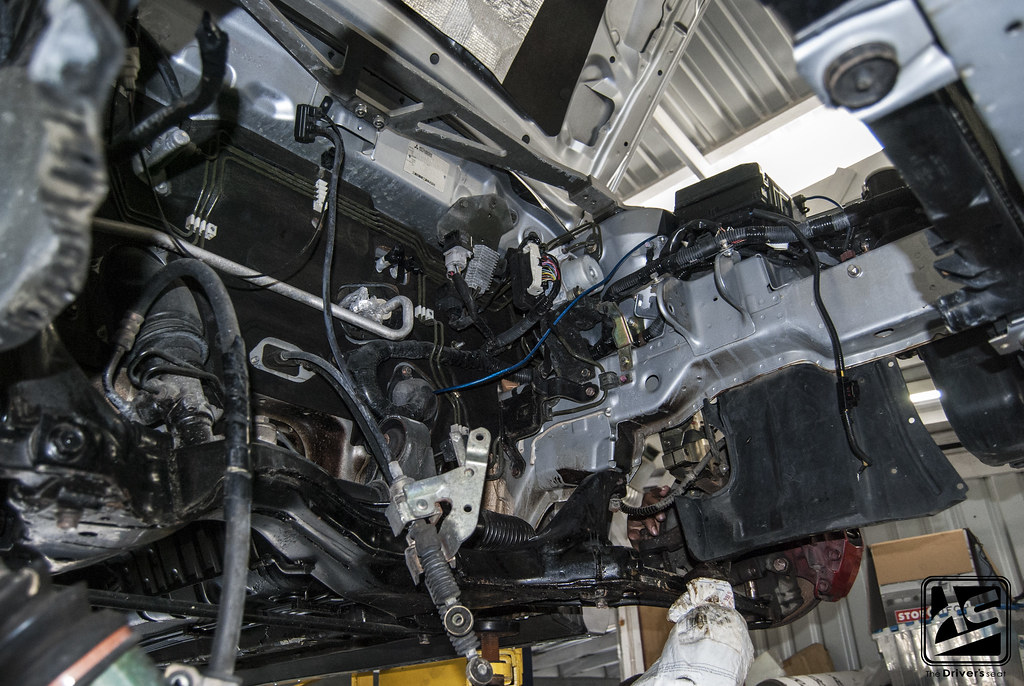 The engine bay just about ready for things to come with the necessary harnesses, linkages and lines in sight… 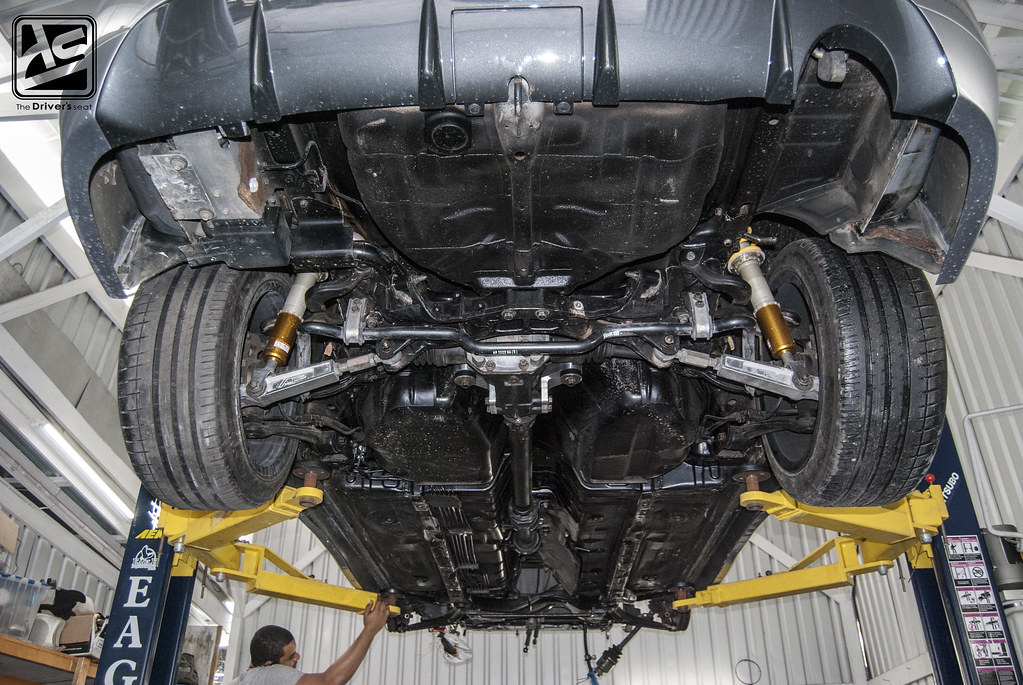 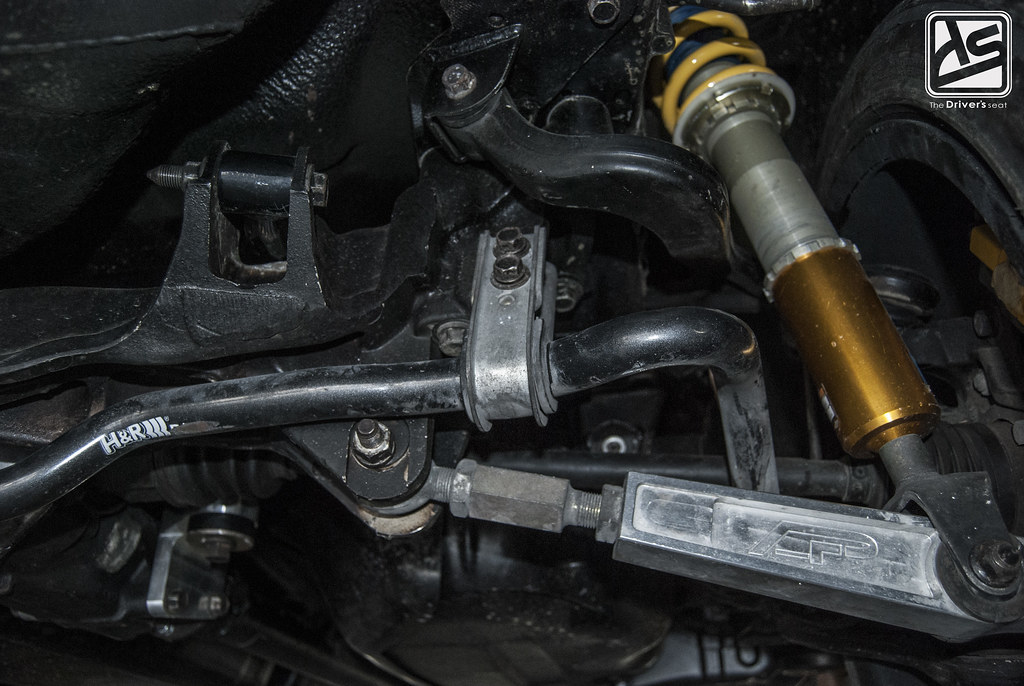 H & R sway bar which will be used for more than just eye candy. Coming in as a noticeable upgrade from the factory sway bar, this H&R unit will help with turn in. Evos have a high front bias power distribution ratio and have a tendency to understeer while cornering. The H&R sway bar  helps where this is concerned by adding an oversteer characteristic and in such improving the handling. 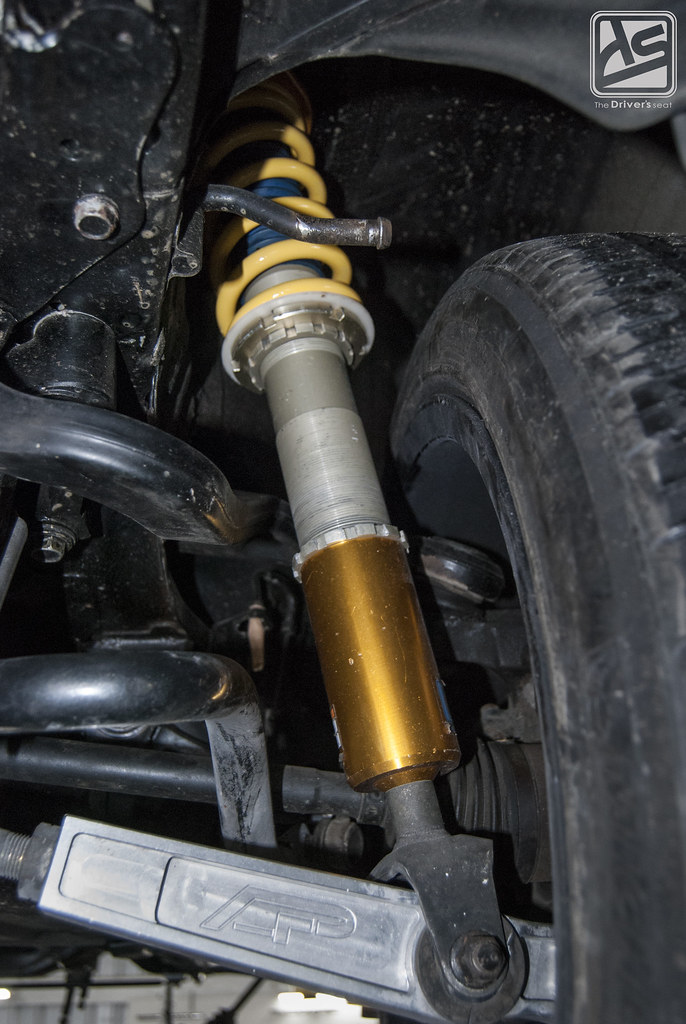 Agency Power Rear Control Arm which would allow for some extra camber and toe settings for the rear of the vehicle. Unlike the factory control arms, Agency Power has designed an arm that allows for a much more aggressive setup, offering two ways of adjustability from the spherical rod ends. And as expected these arms are also lighter than the OEM pieces. 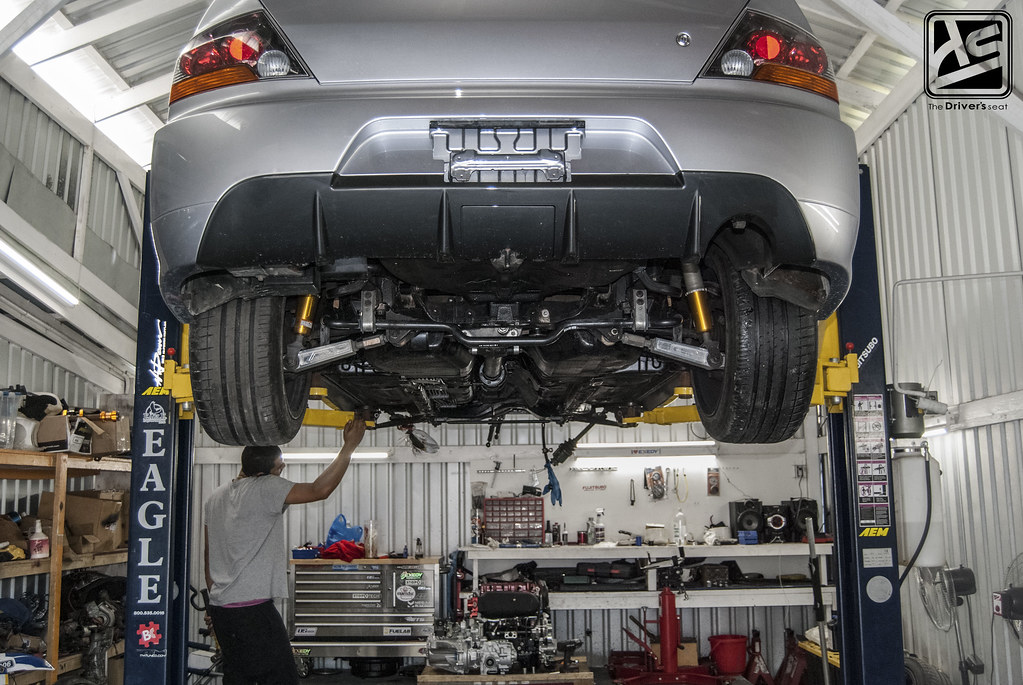 That brings us to the end of the introduction to Sol’s Evo IX street build. If you guys pay close attention something is lurking in the back ground. Be sure to stay tuned for more on this build, you won’t want to miss what happens next.