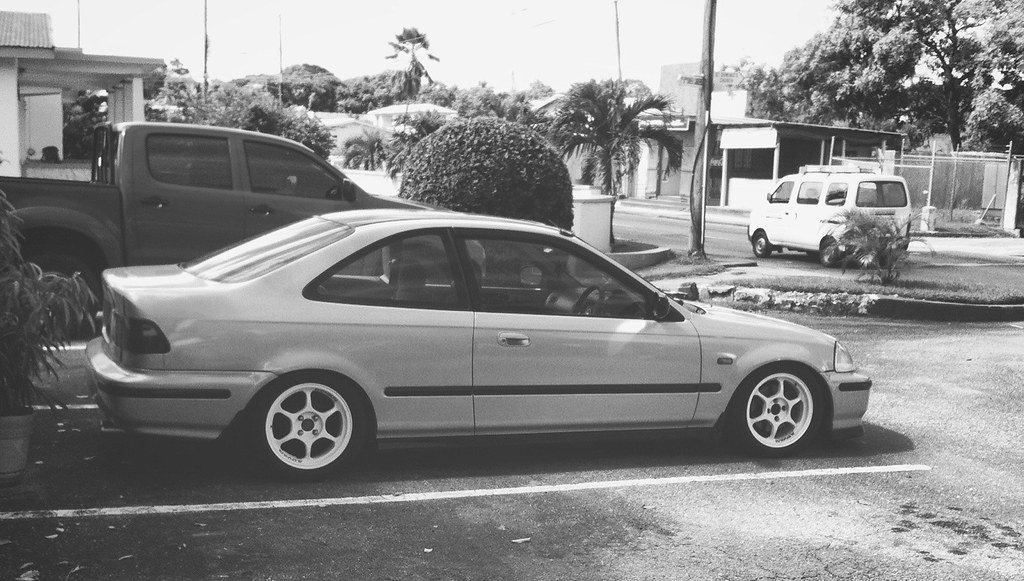 This is a post I’m not quite sure where to begin but here it goes; those of you who follow TDSAutoMag Instagram would be aware that I own a Honda Civic EJ8. Since the car was painted and assembled some years ago I’ve never been 100% satisfied with it. Throughout the time of ownership, I finally decided on a few changes that would lead to my ultimate satisfaction. I’ve been working on the car for a little while now and taking photos of every stage I complete. Initially this was for my personal use, to have a reminder as to where it came from. I really didn’t think people would take a huge interest in it, but I was wrong. And at the request of many, I’ve decided to finally do a write up on the build.

The end goal in mind for the project is to have a fun, reliable street car; that when the mood hits, I can head to the track and enjoy it on another level.

I suppose a back story is necessary; A few years ago the motor gave out and being frustrated at the time, the car sat until I made a decision on the direction in which I would be taking the project. With no real set date of completion I had time on my side, which led me to get to work on a few ideas I’ve toyed around with in my head.

Being a big fan of the simplicity associated with the JDM way of styling mixed with the intricate attention to detail from USDM styling. There were a few things that inspired me to start working, namely a painted and gutted interior and I’ve always liked the concept behind a tucked engine bay. Even though this was my project car, it will still remain a daily so I was trying not to go overboard with it. At that time, I hadn’t yet made a decision where the motor was concerned so I started some work on the body. 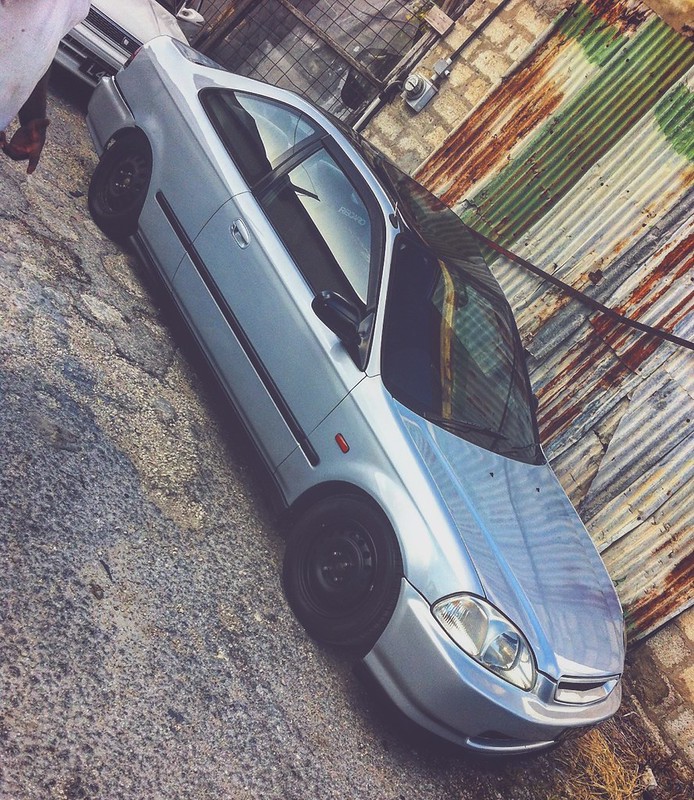 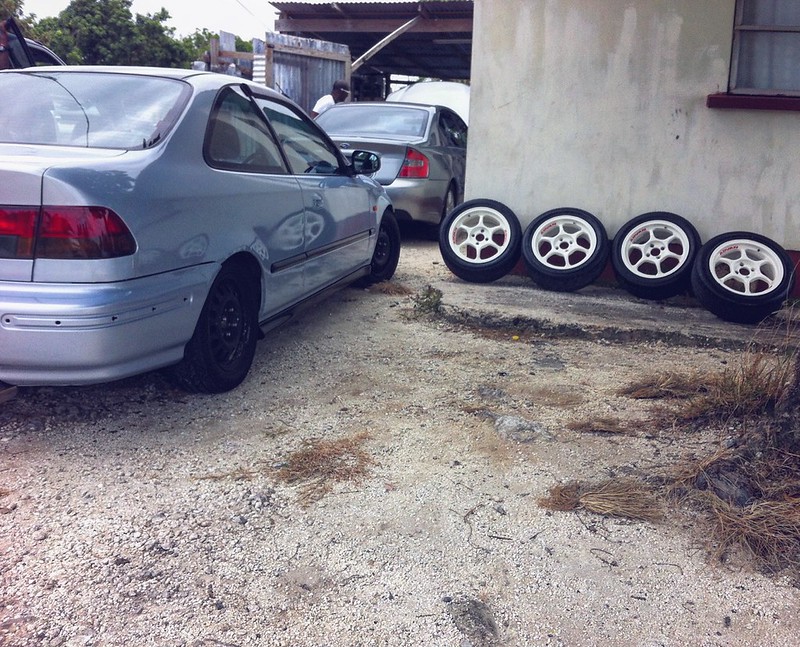 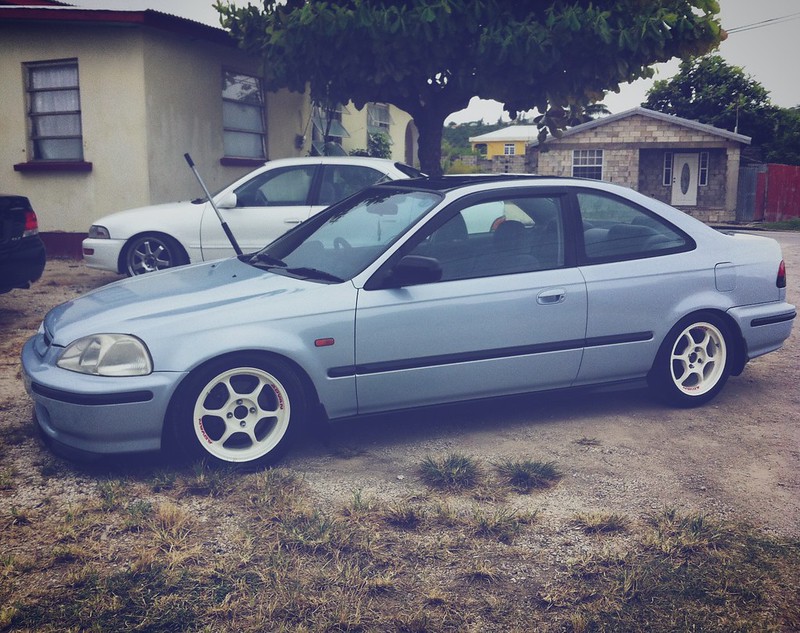 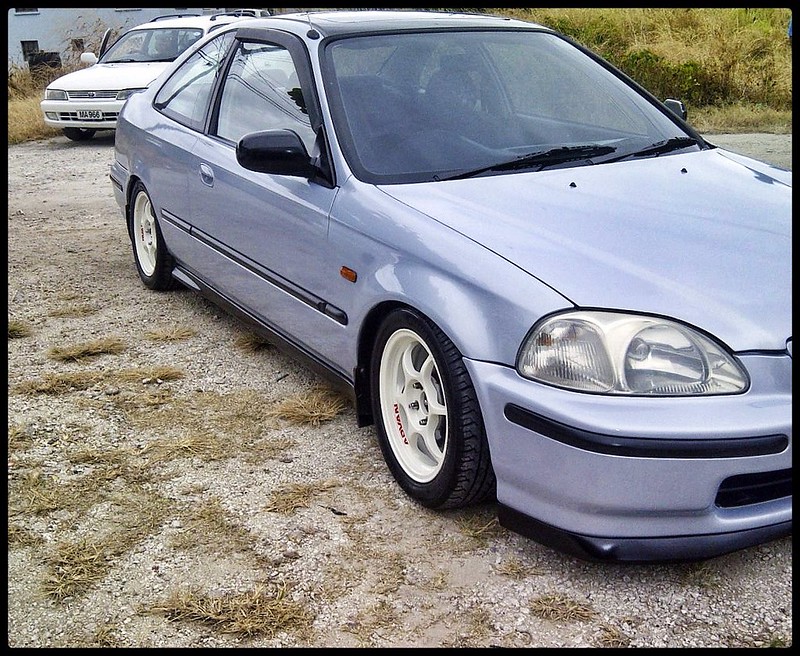 So Trendy prep complete sitting on a set of Advan RG wheels; shoutout to Wrecka for helping out with the wheels. The Advans really brought together the car. 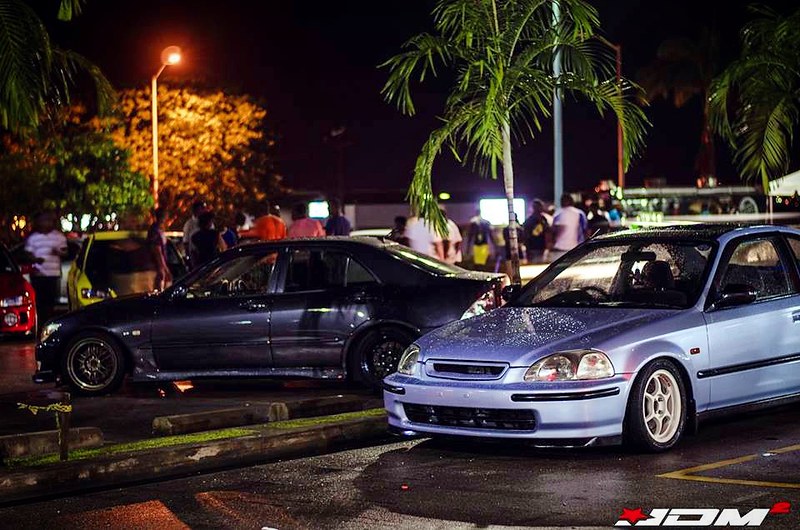 A shot from the So Trendy event… 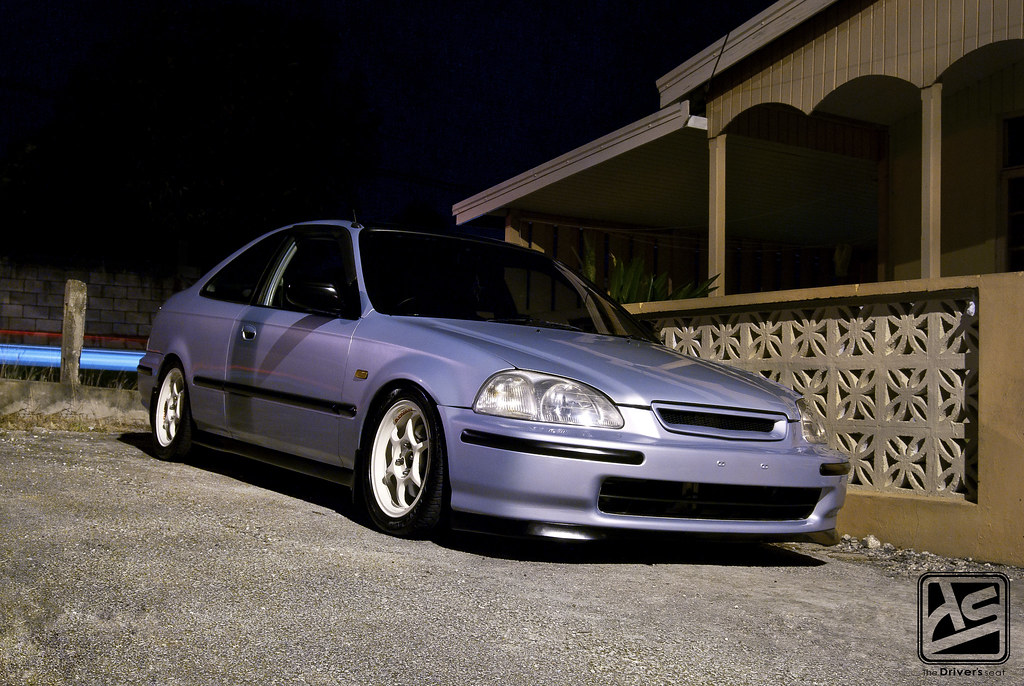 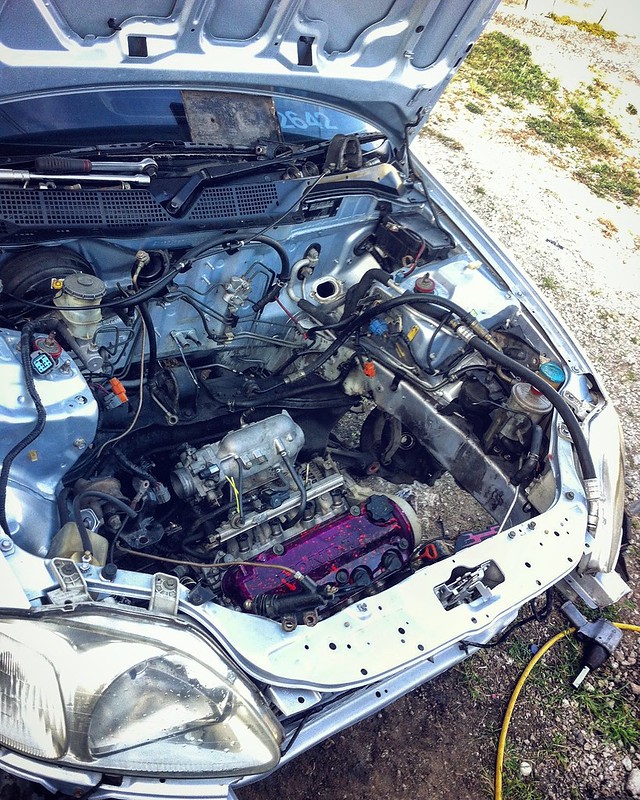 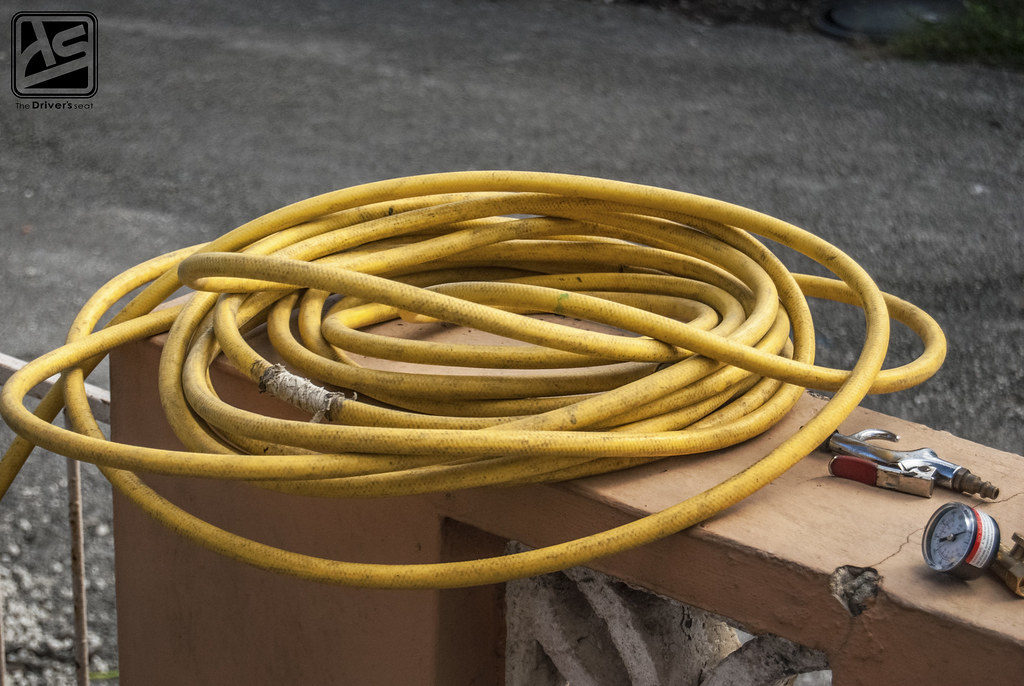 The car was parked for quite some time while I made a decision on what I was going to do. The day had finally came to get cracking after a long hiatus. 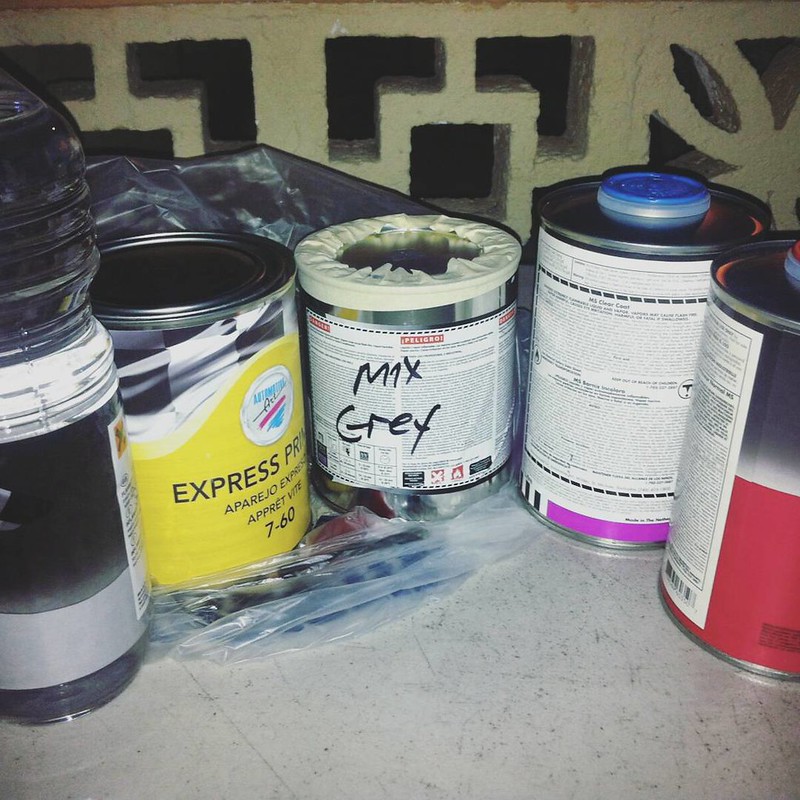 I got some styling cues from paying attention to the USDM scene. One of which is two tone paint schemes, and when it was time to decide on a colour for the bay I selected a custom grey mix. 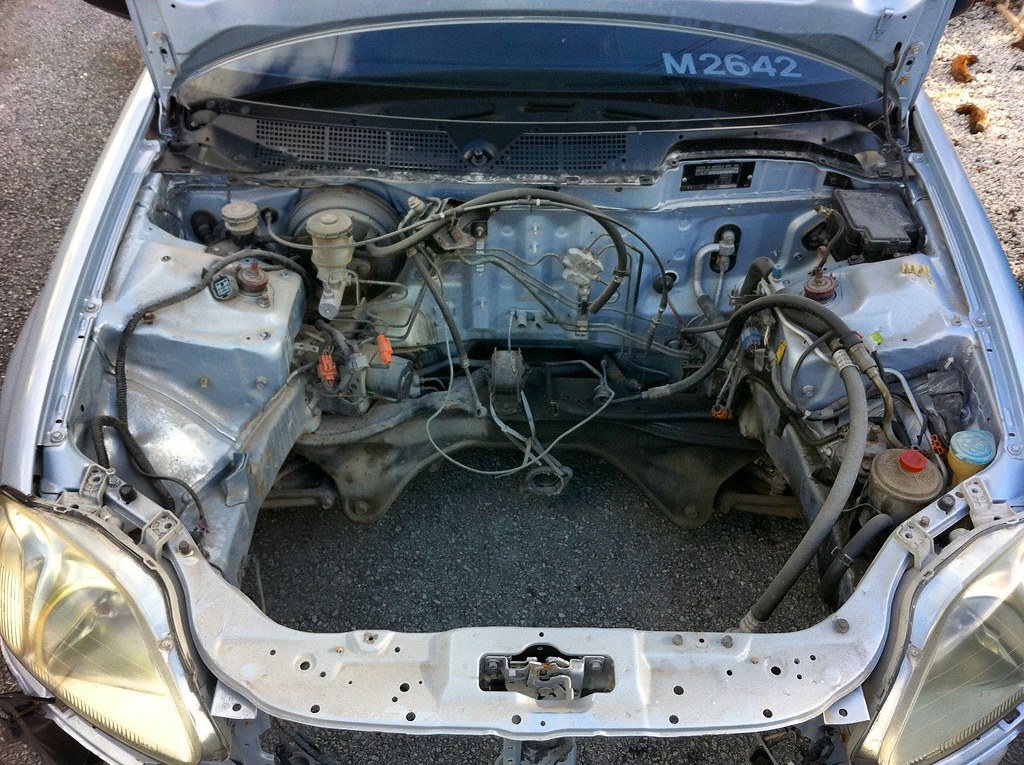 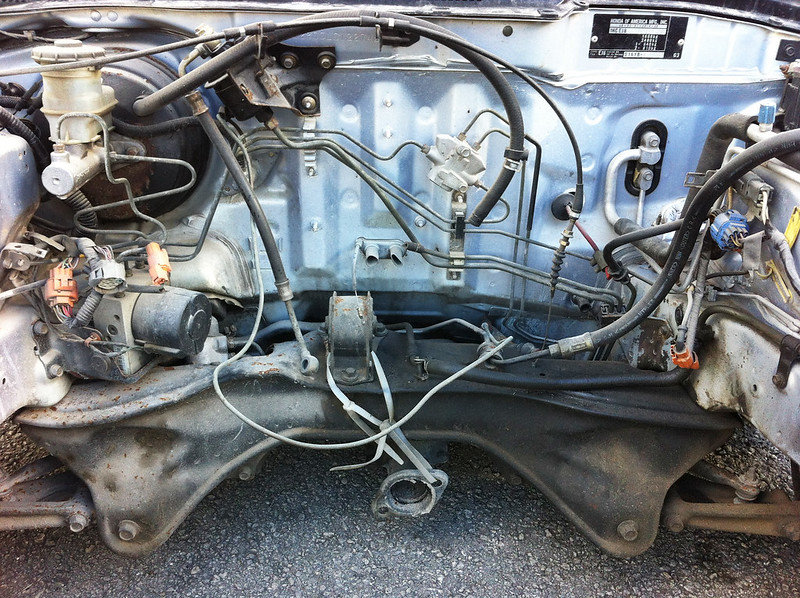 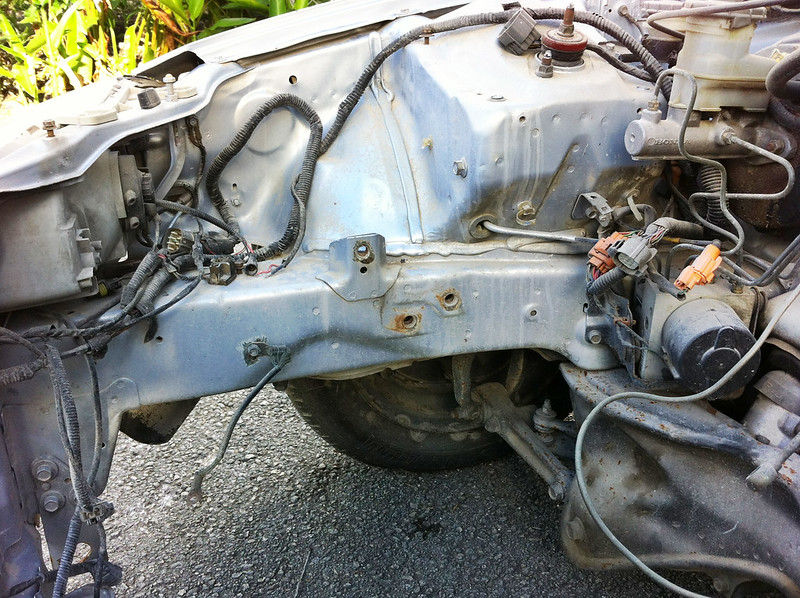 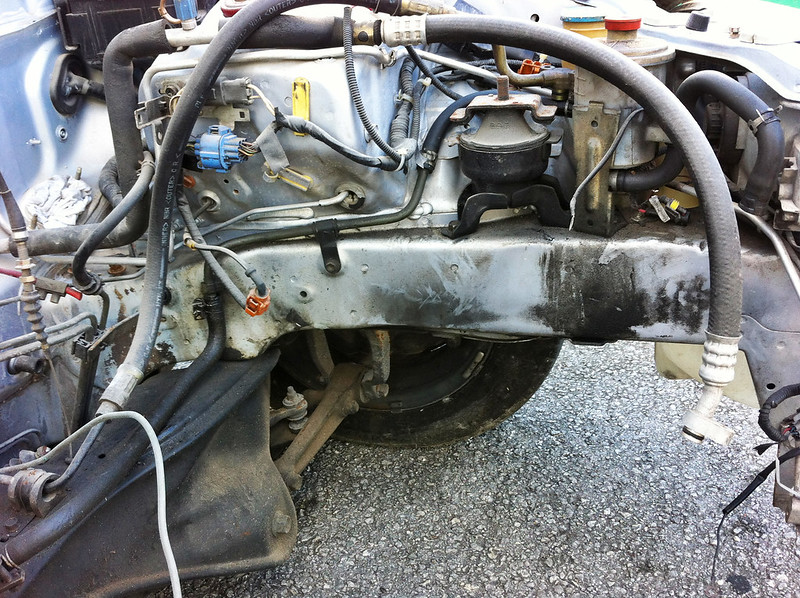 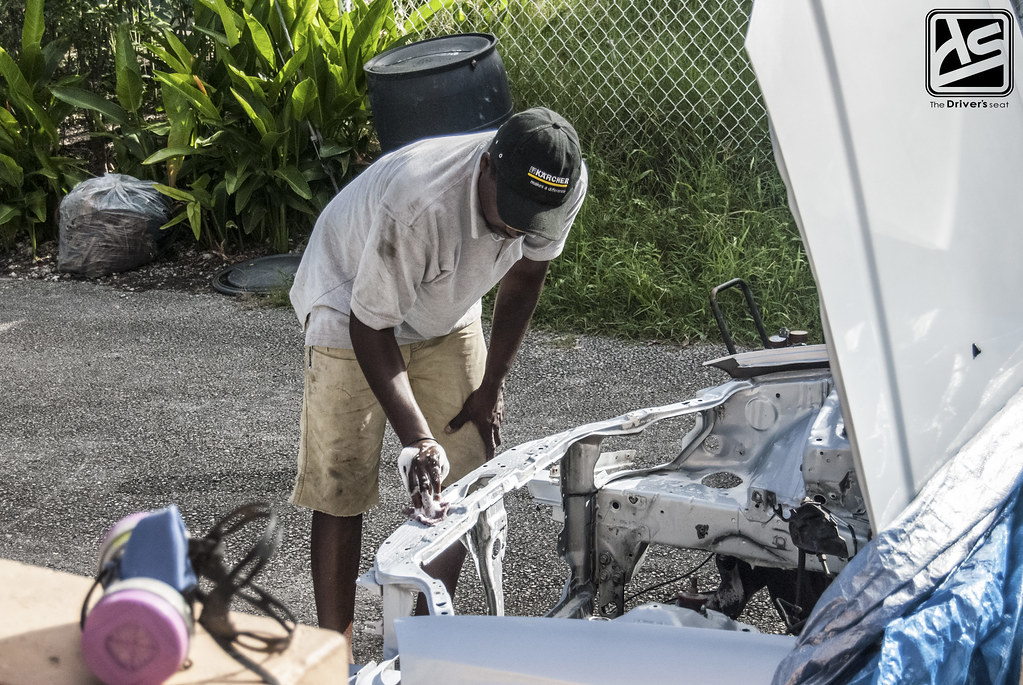 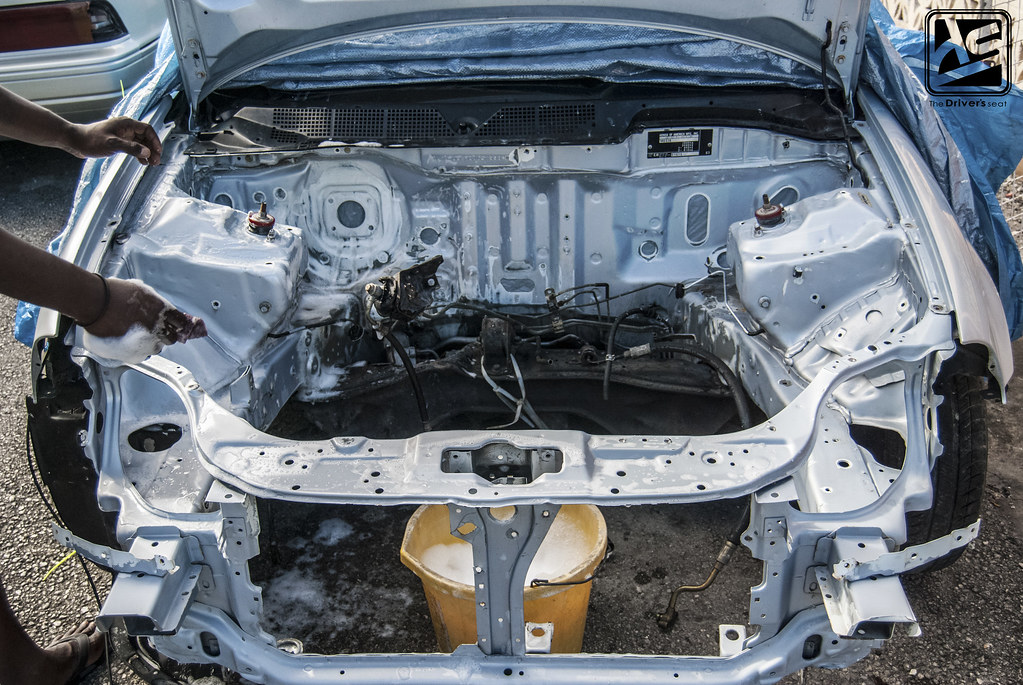 After prepping the bay, Chris made sure to give it a thorough wash down… 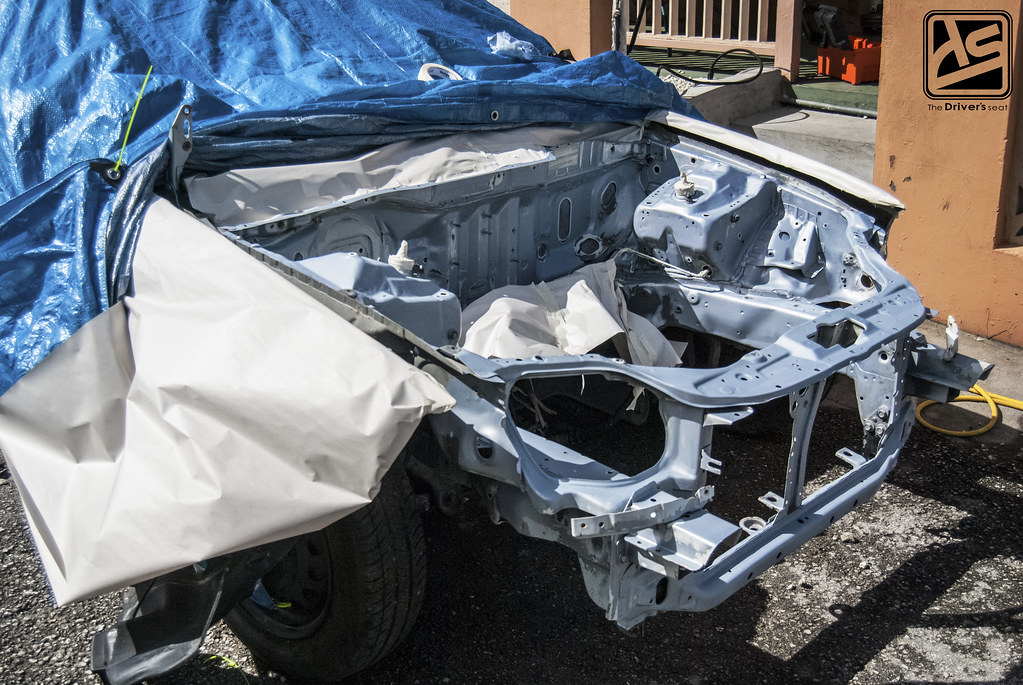 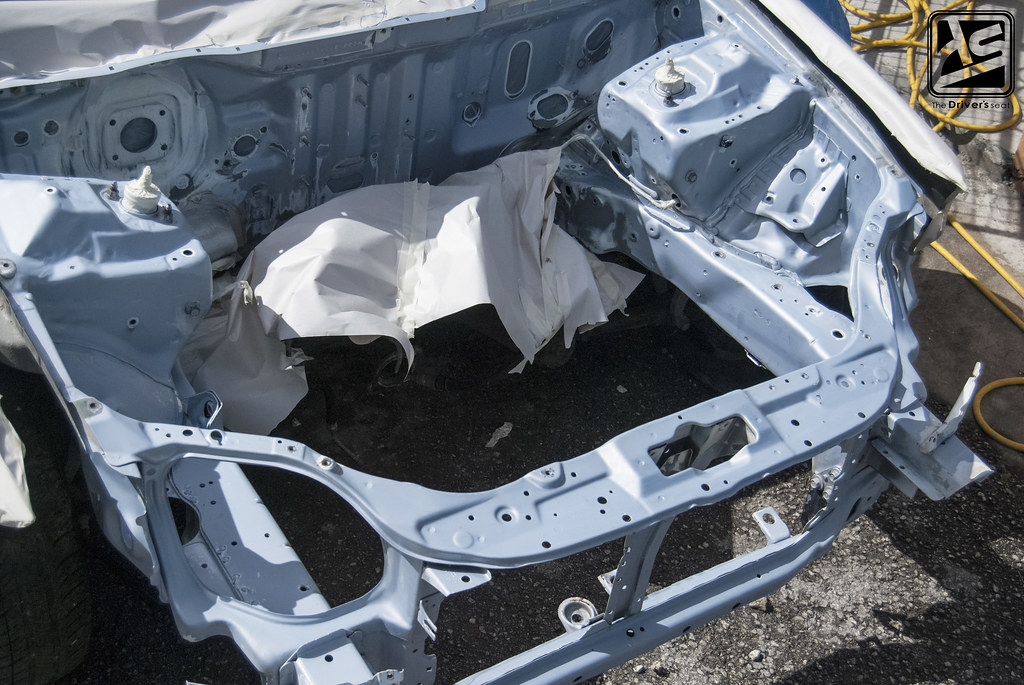 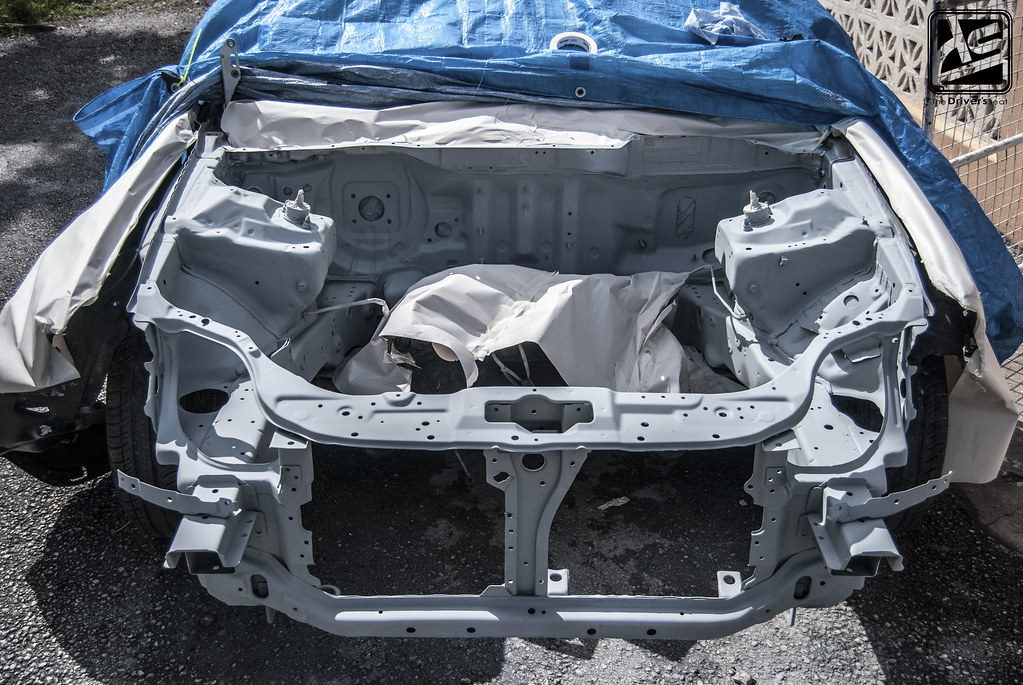 A look at the fully primed bay… 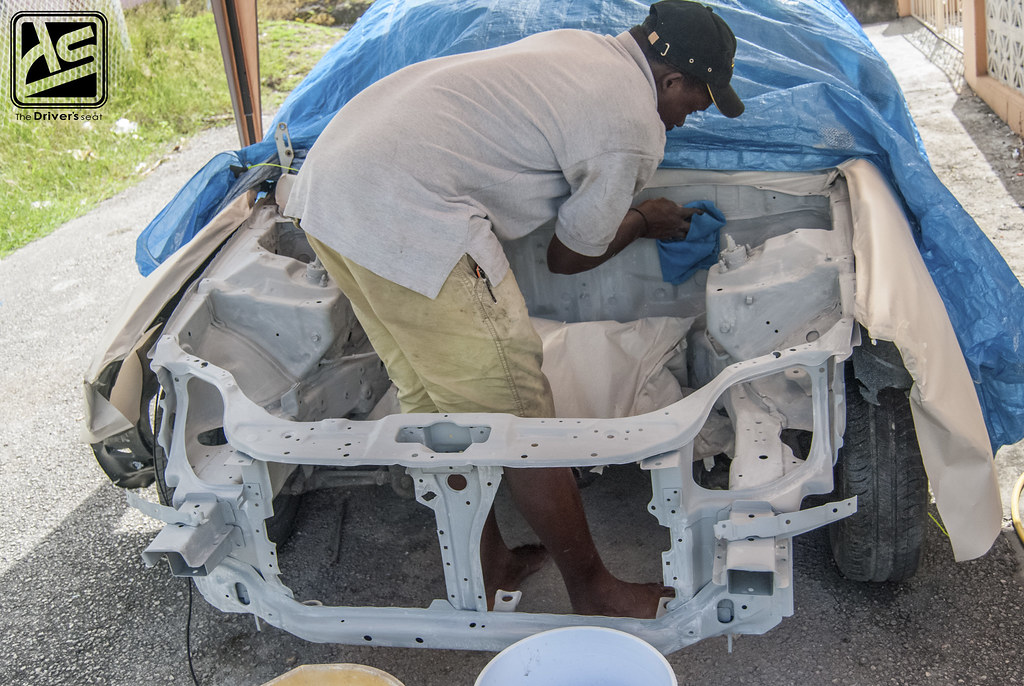 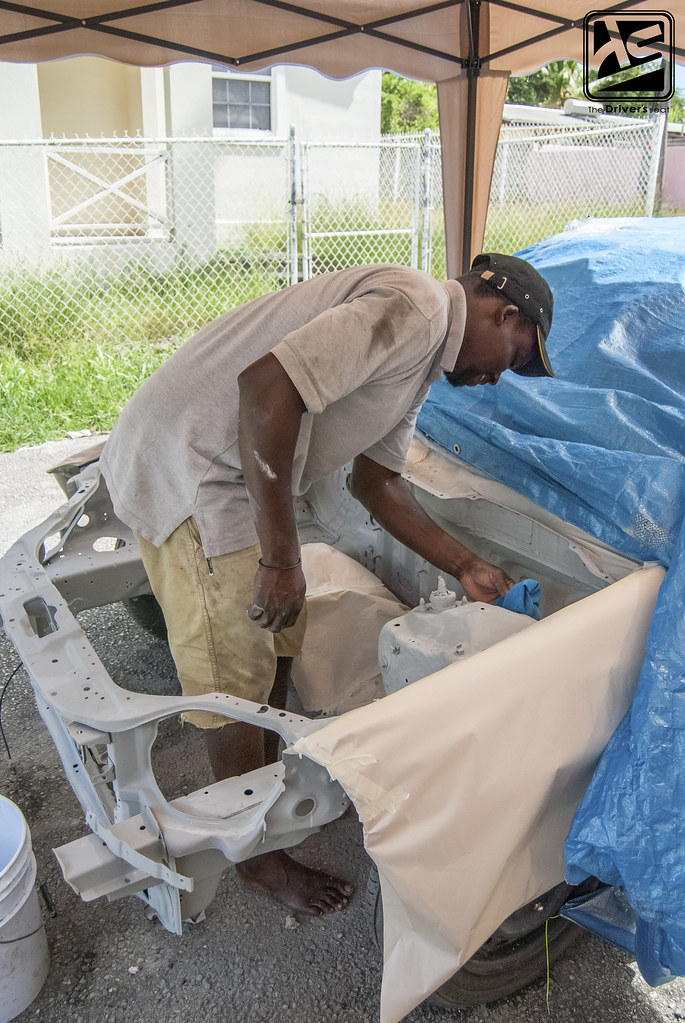 Preparation is key, after laying down the primer Chris scuffed and cleaned up the bay one more time before moving to the next step. 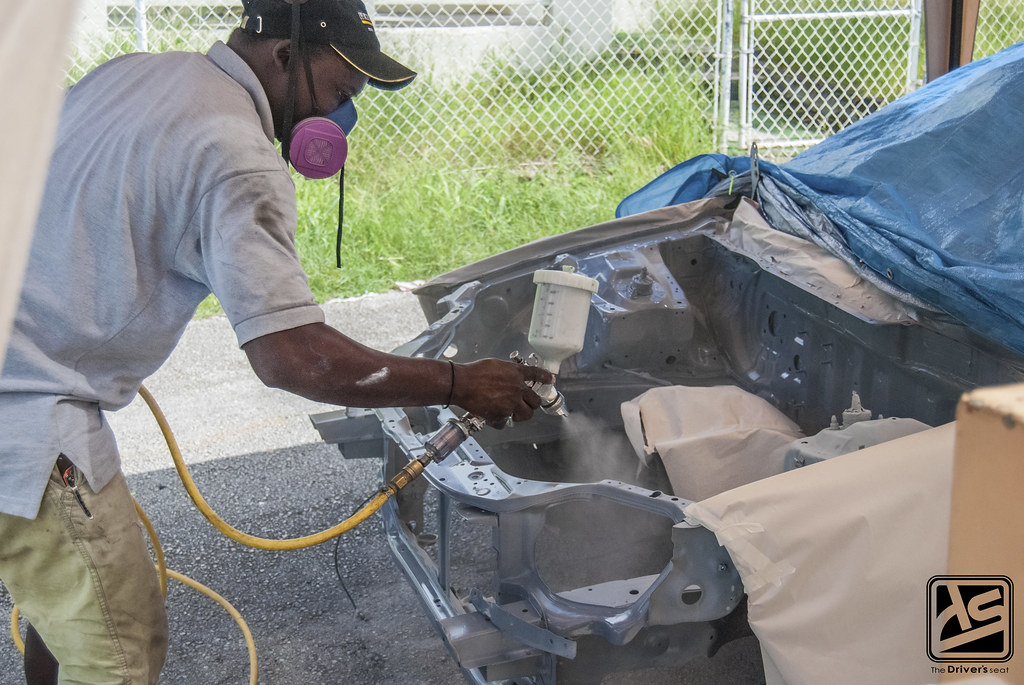 Hard at work trying to make a miracle happen… 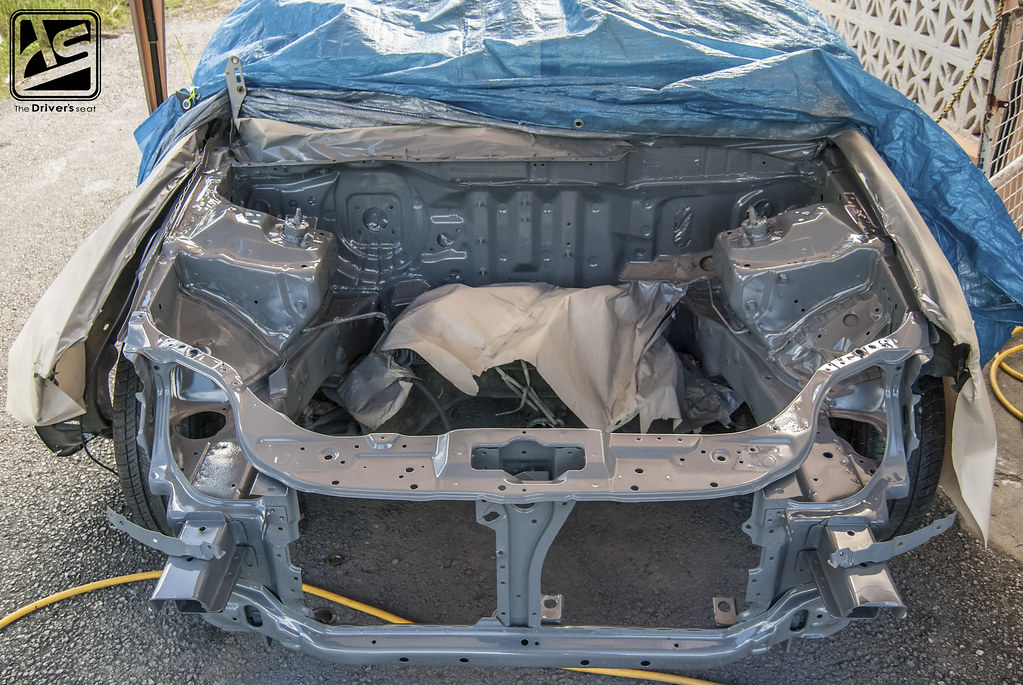 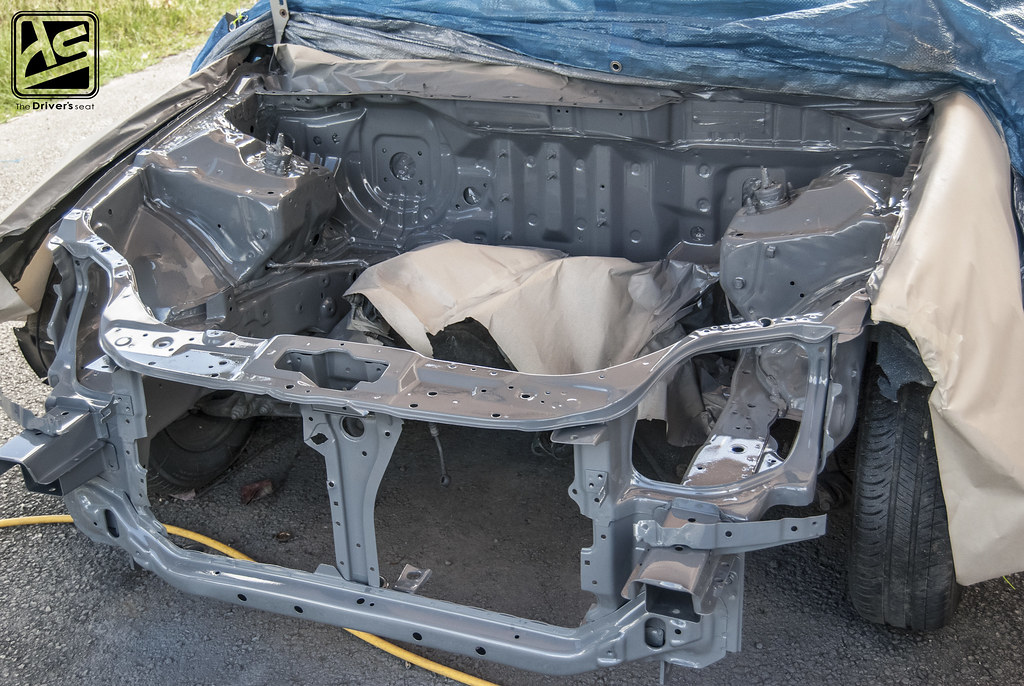 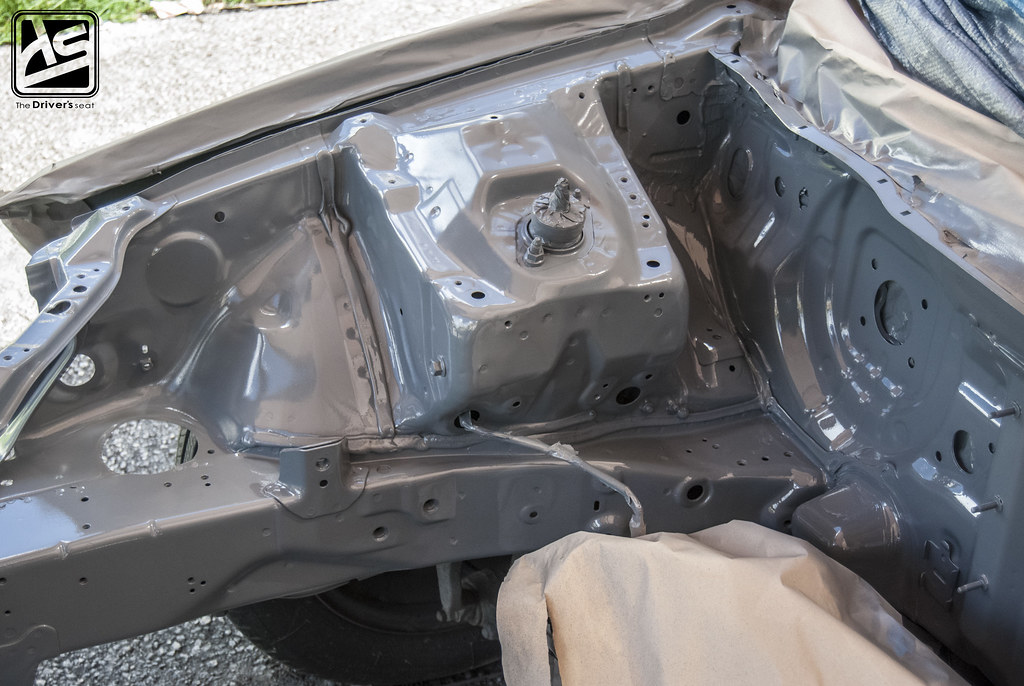 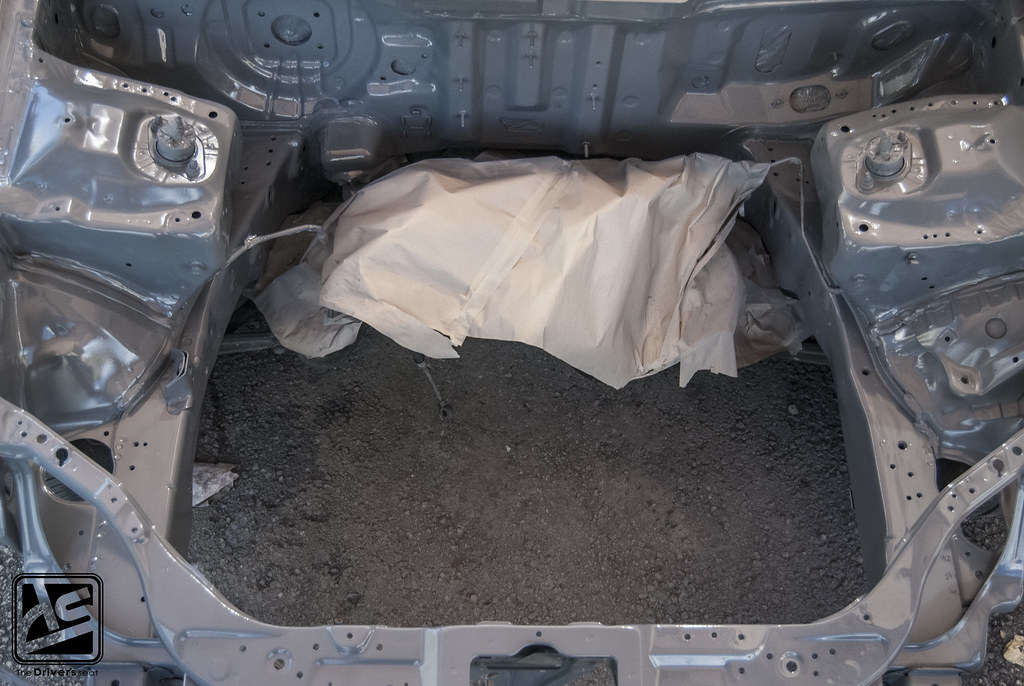 I was really impressed with how everything turned out especially given the conditions which Chris had to work under being exposed to the elements. We ended up rigging up a damaged tent to help cut down on some of the excess wind interference haha. It was crazy but it worked out in the end, big shout out to Chris for coming through on the paint job.

That was a first look at my budget built Honda Civic EJ8, stay tuned for more updates as the build progresses.