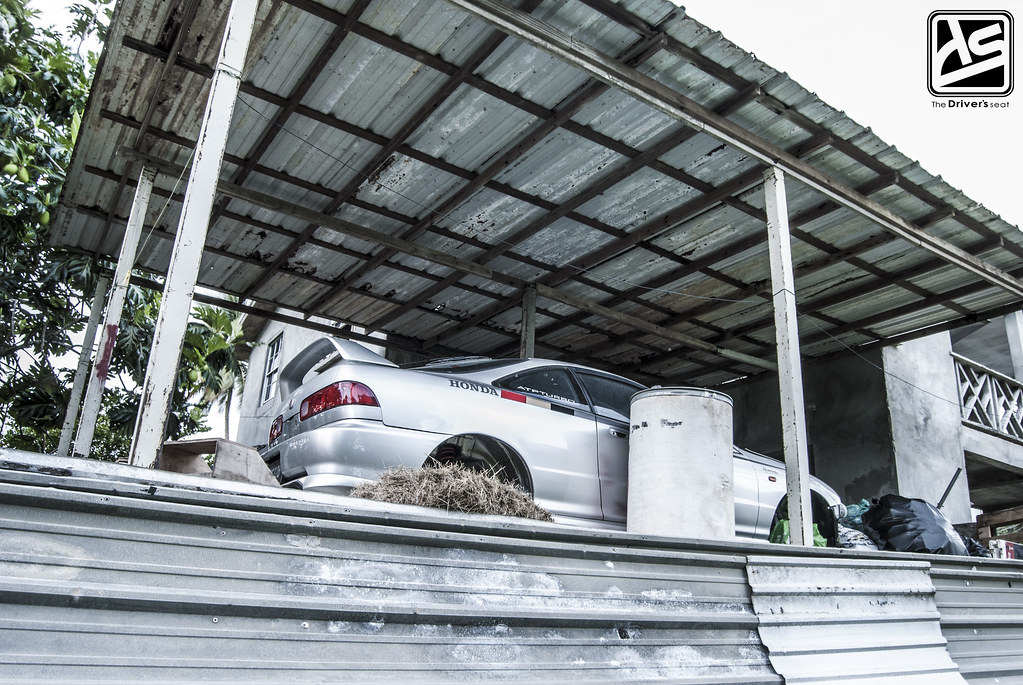 In the automotive world a reputation is one of the things we tend to lean on when names known to us are brought up. Depending on the name mentioned you know what caliber of project to expect. When word got out that Meagus was ready to start working on his DC2, many knew it would not only be a top quality build but one with performance at the core. Meagus didn’t have an absolute date in mind for completion, however no time was wasted in executing the plan formed. Some orders were placed with some prominent swap companies and in a short while the necessary parts started to arrive. By this time Meagus knew a K24 would be his motor of choice based on the power goal in mind. Today we’ll be taking an in-depth look at the motor along with the parts to complete the swap.

For those who may want to view this build from the start I’ve provided the link below: 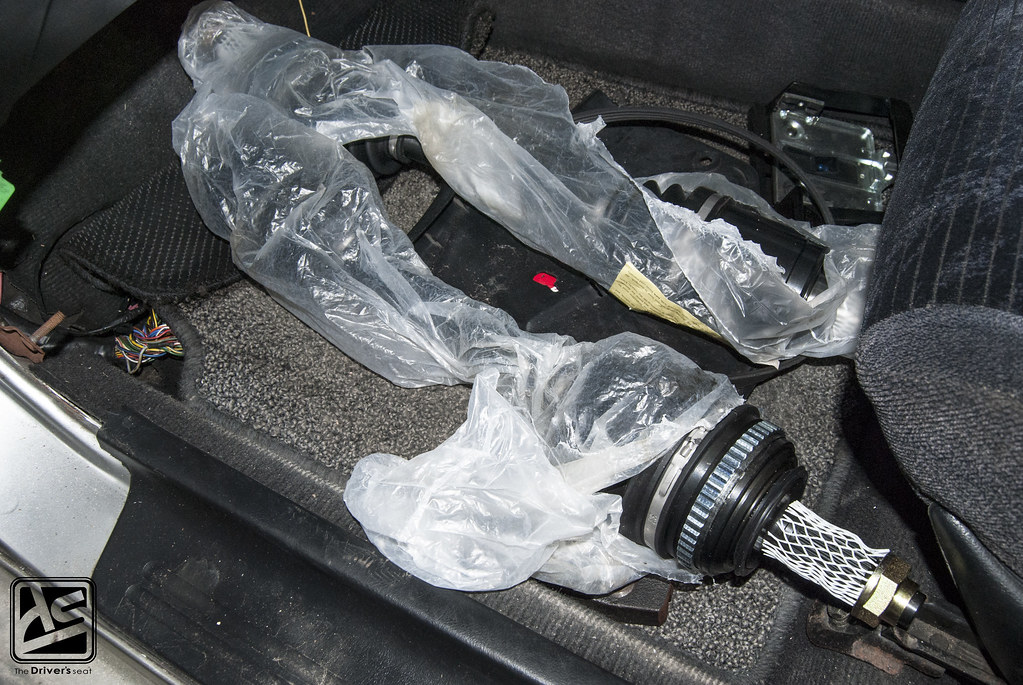 Meagus wanted to be certain his power made it to the wheels without any complications; and for added assurance he went with Insane Shafts 500hp axles… 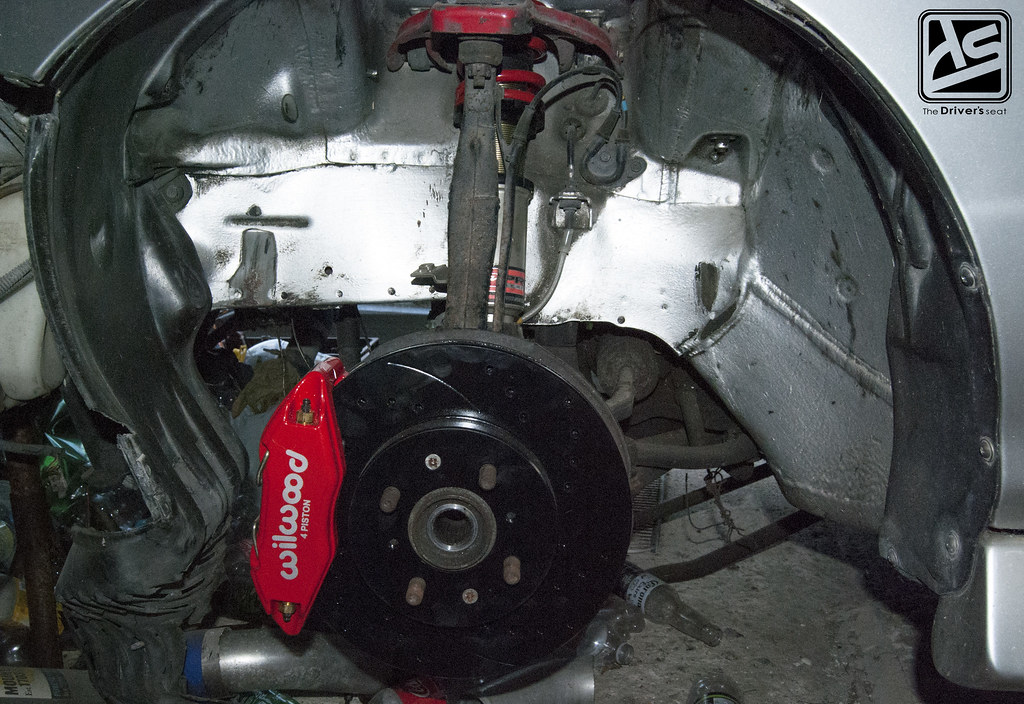 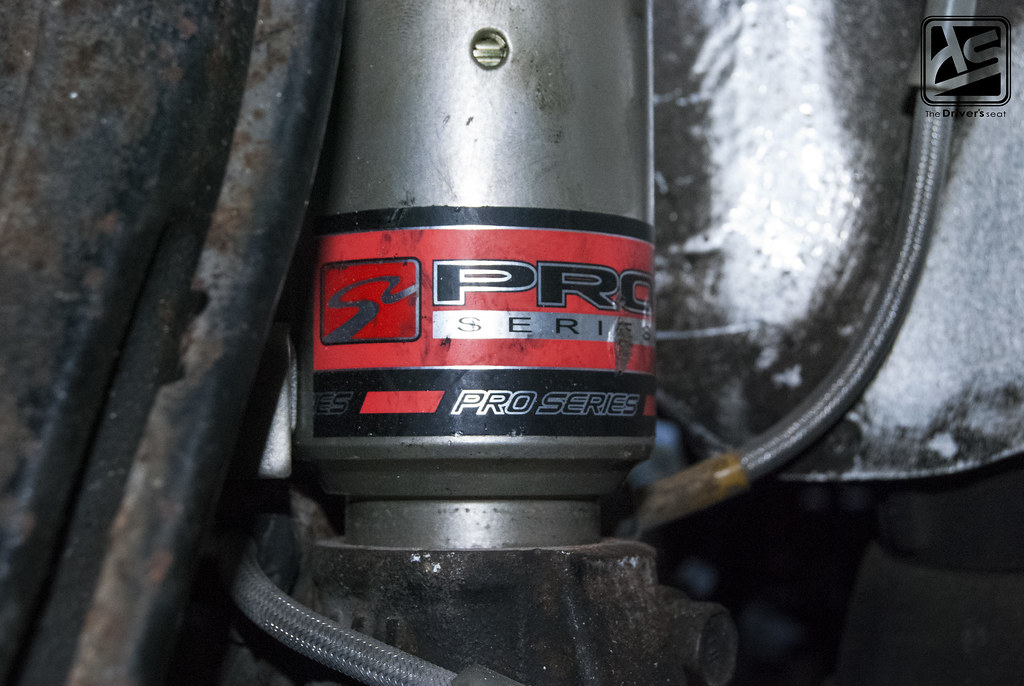 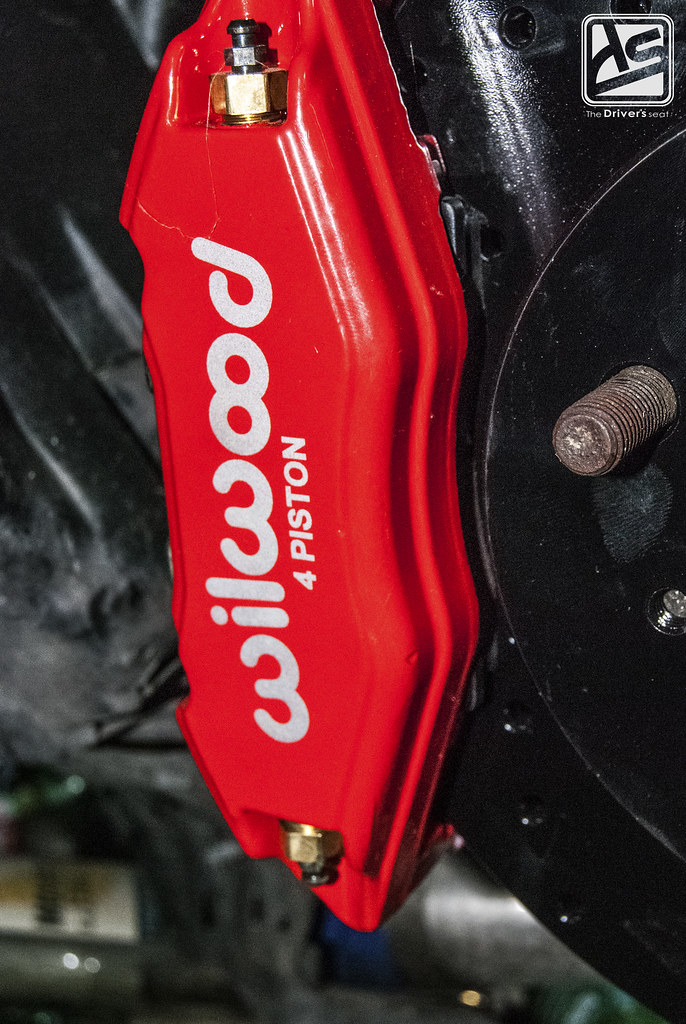 The factory GSR brakes were replaced with Wilwood 4 pot calipers along with slotted and drilled rotors. This combination along with a set of steel braided lines will be enough to keep the DC2 braking system on point for the upcoming motor upgrades. 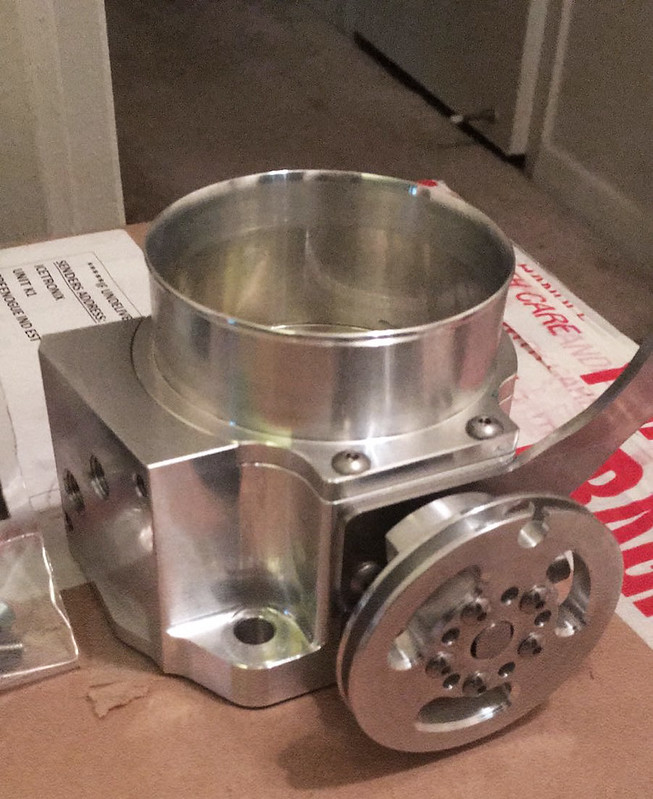 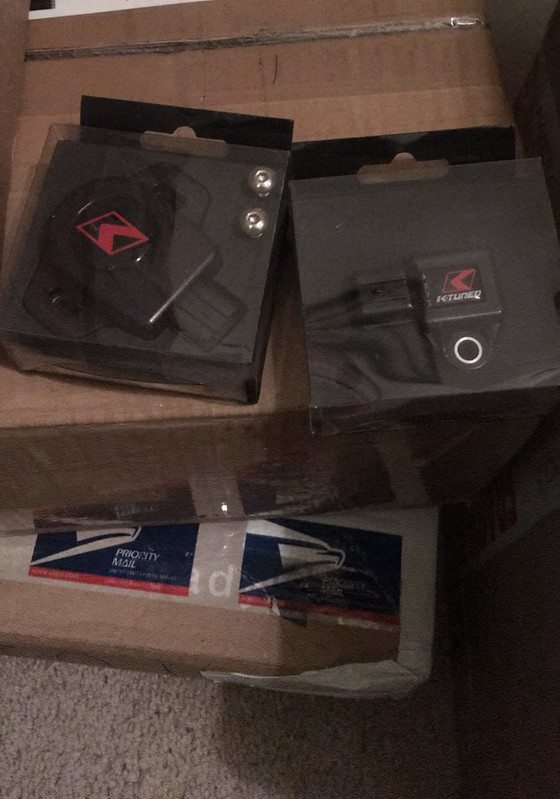 He also purchased their 4 Bar map sensor and billet TPS… 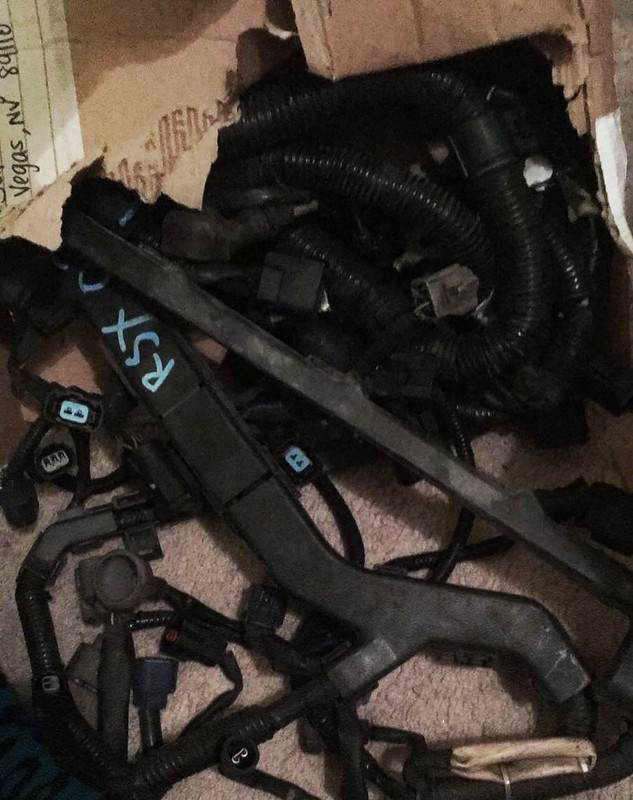 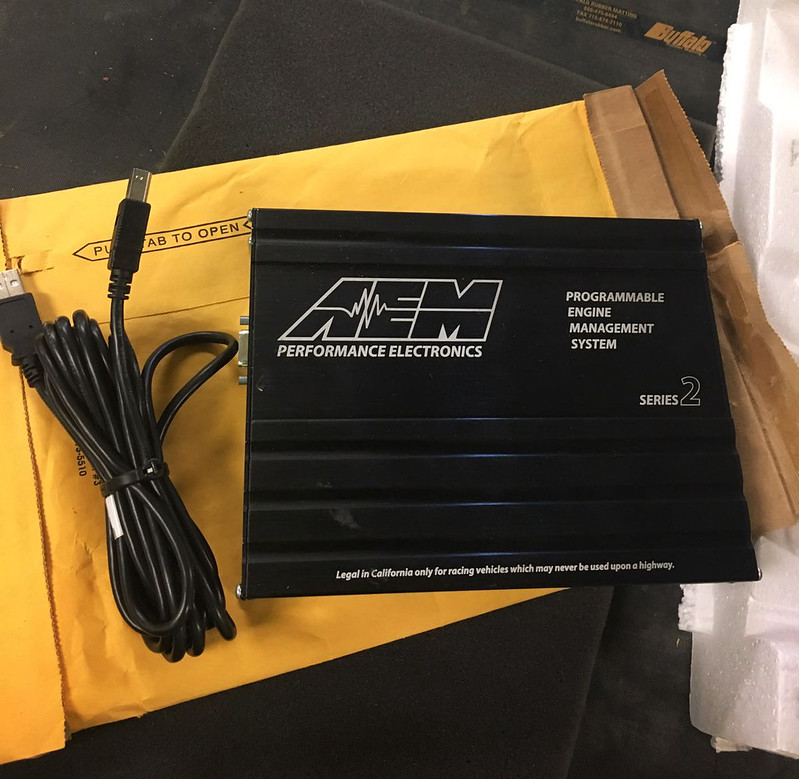 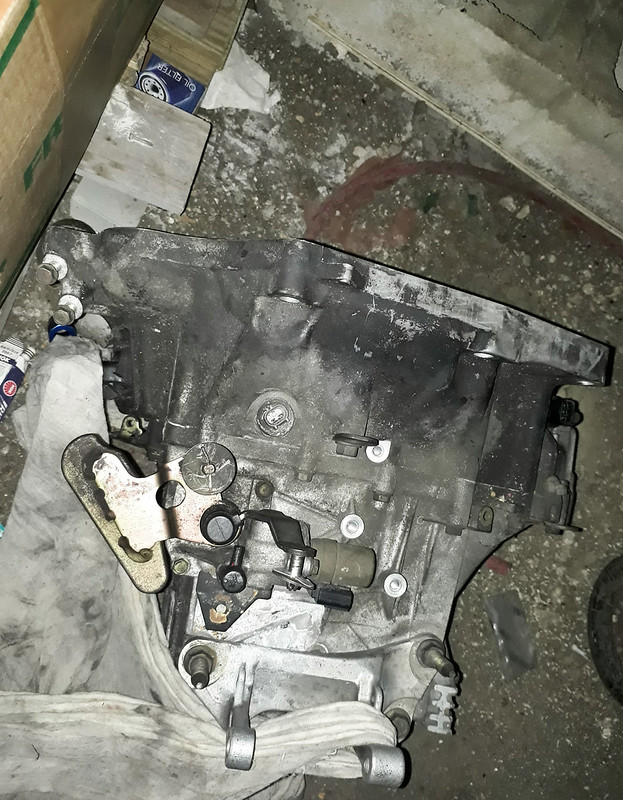 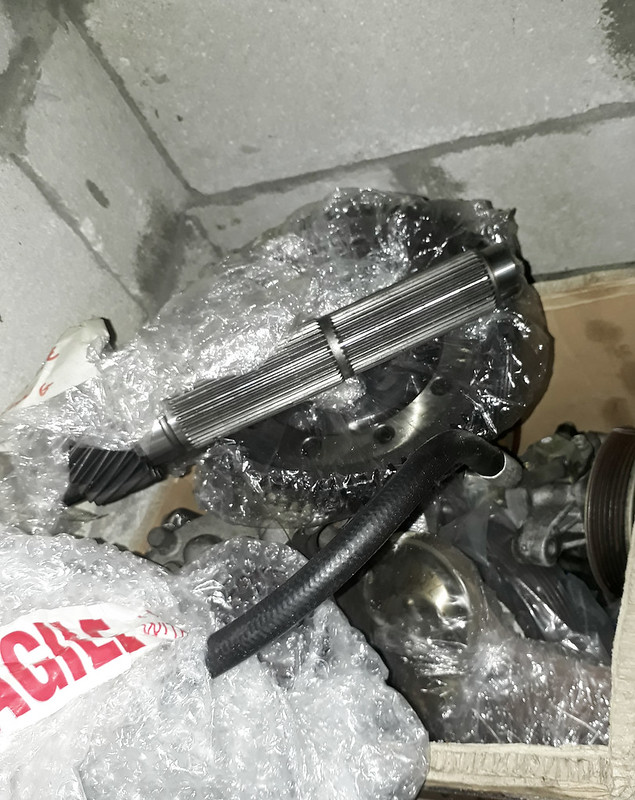 However, based on his setup, a decision was made to acquire a 4.3 final drive and swap out the factory 4.7… 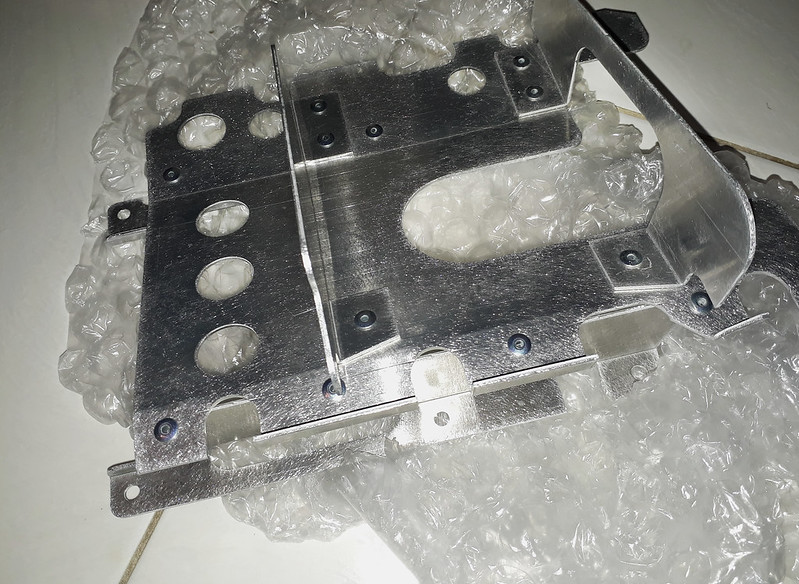 As to make sure the engine doesn’t lack for oil at any point under aggressive driving, a Circuit Hero bolt in baffle was purchased… 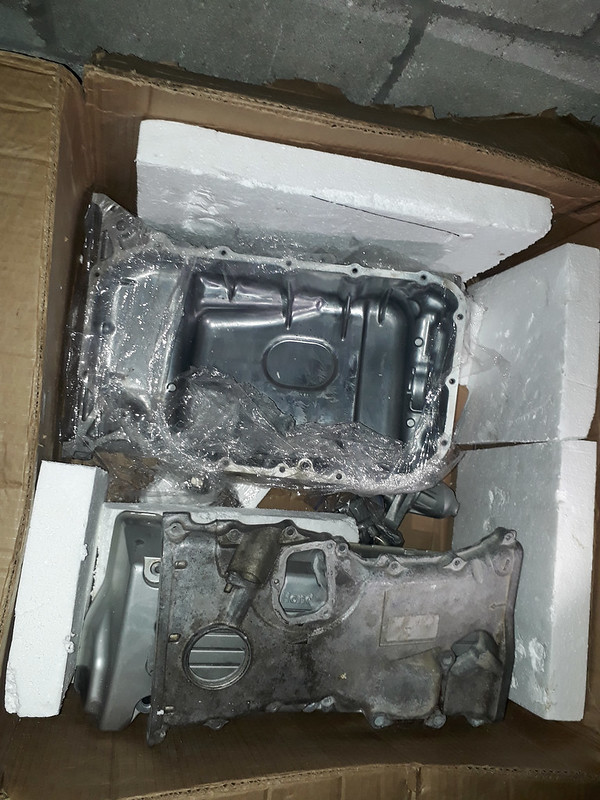 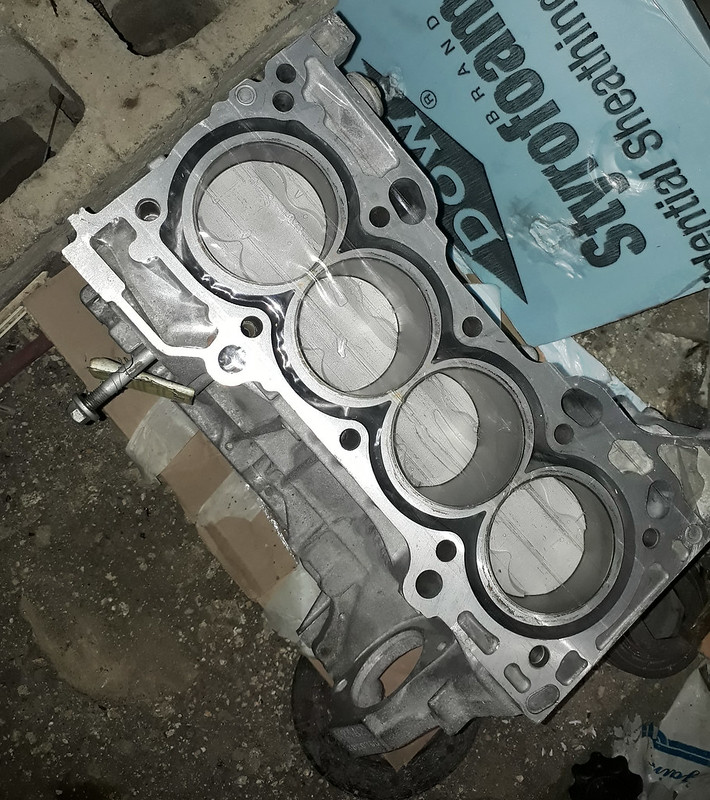 Motor specs are as followed: 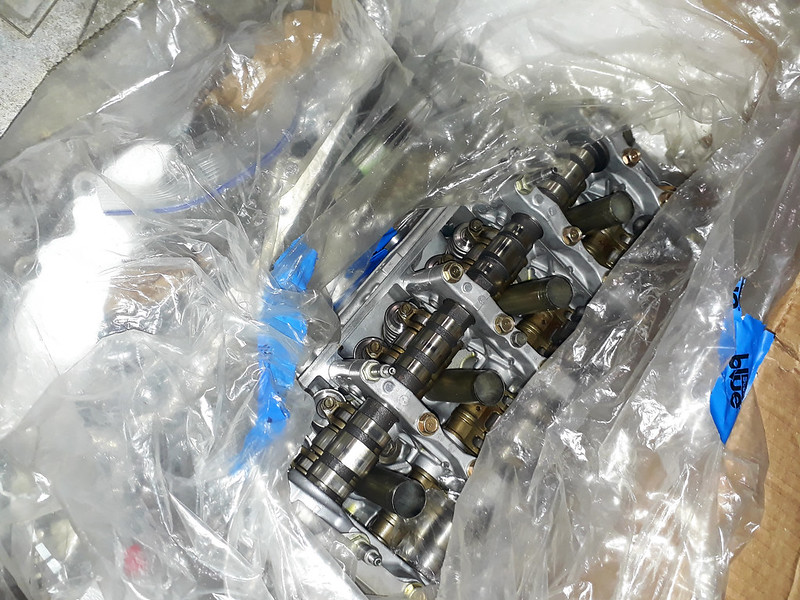 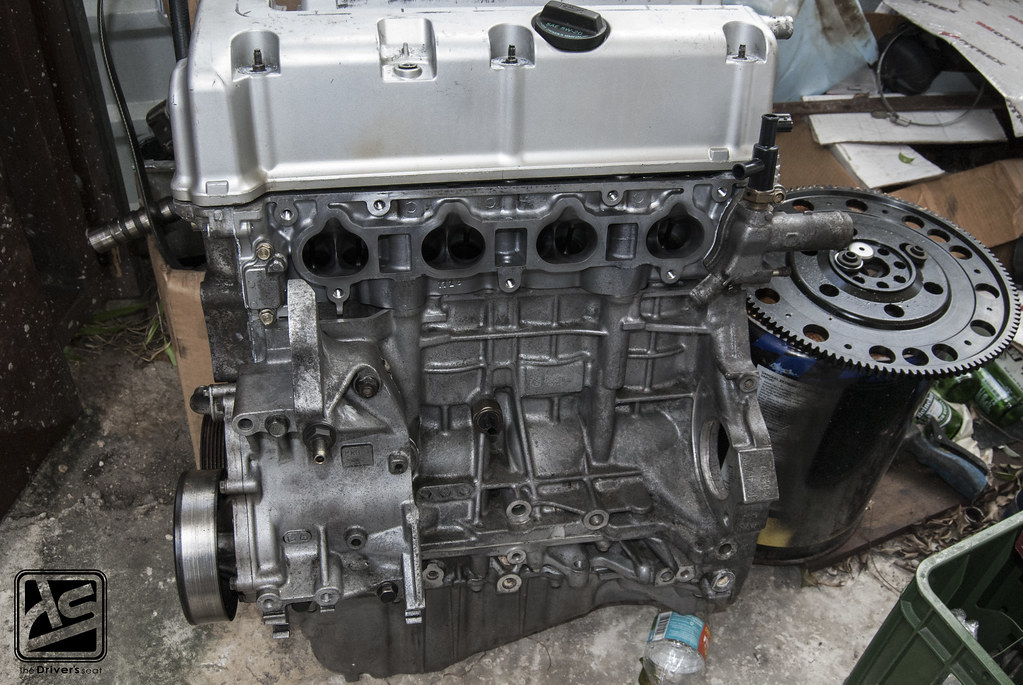 It wasn’t long before the motor was fully assembled… 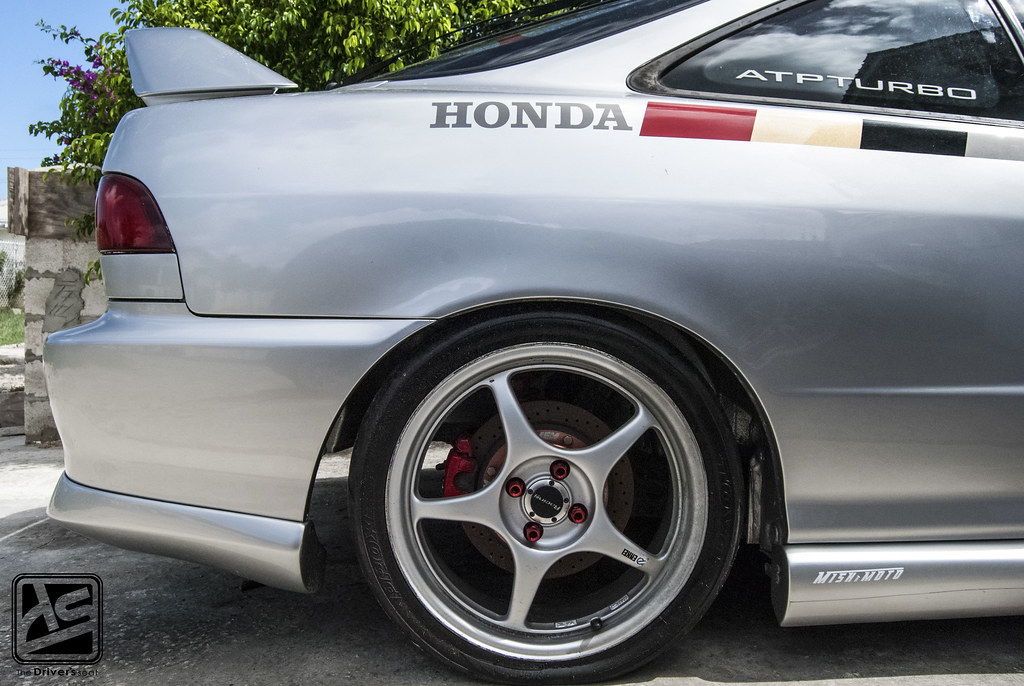 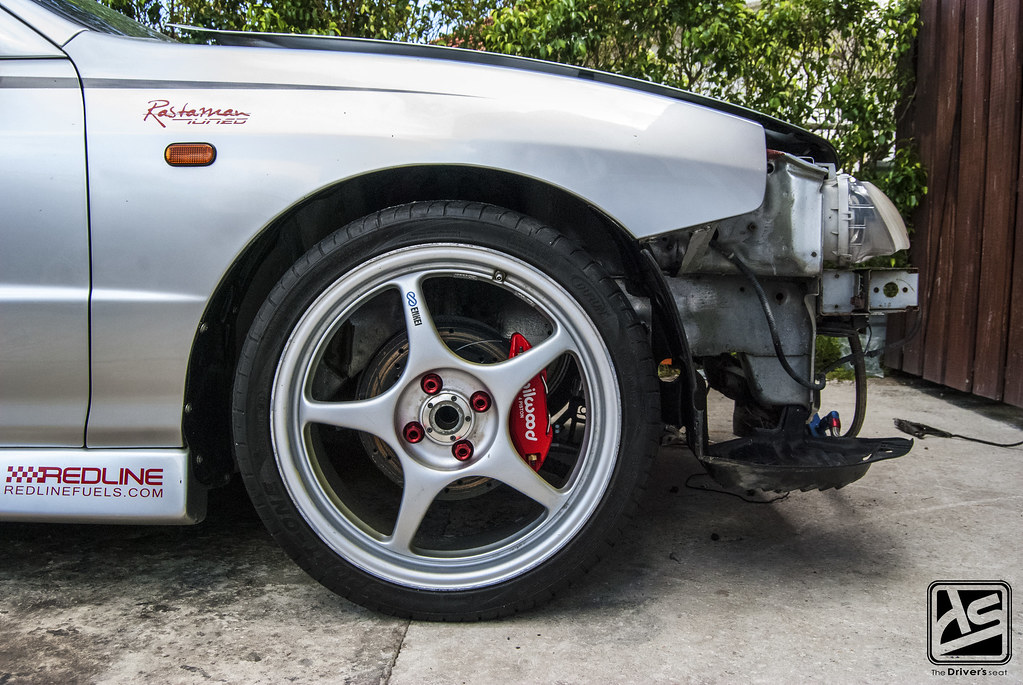 The Wilwood calipers look great behind the Enkei wheels with the red lugs, which work well with the featured red theme throughout the entire car… 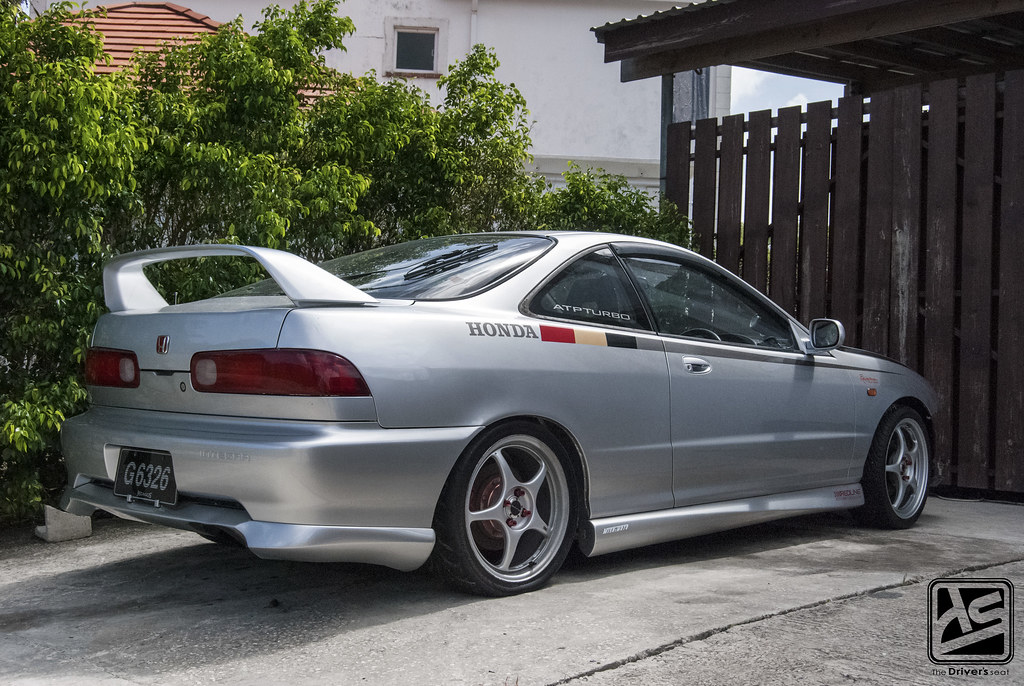 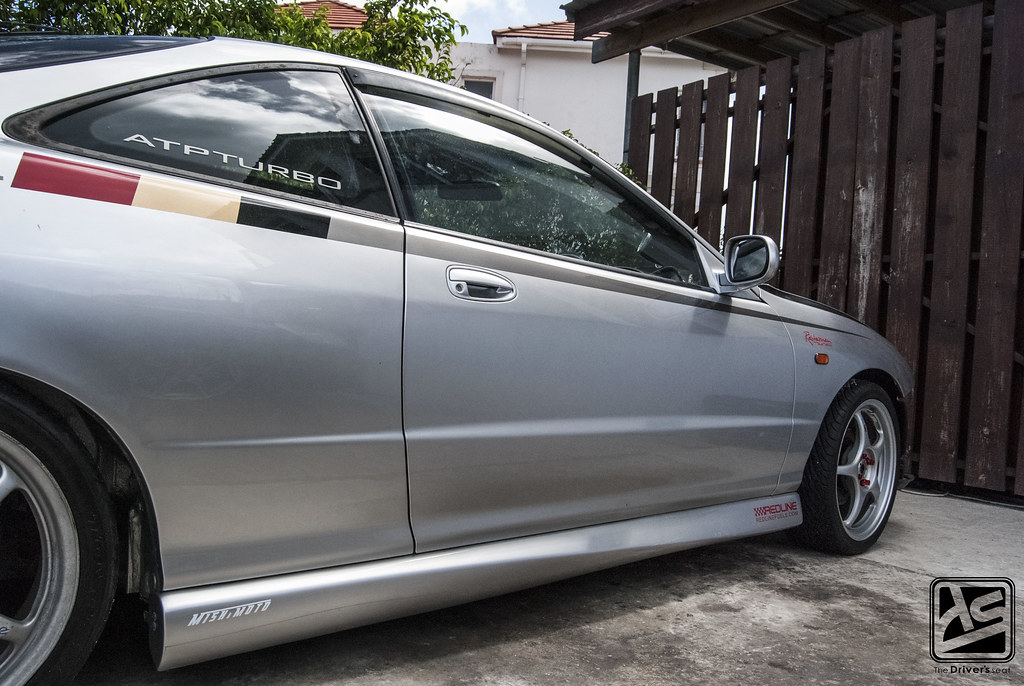 With all the parts in hand and the motor complete, it was time to prepare the DC2 for the swap… 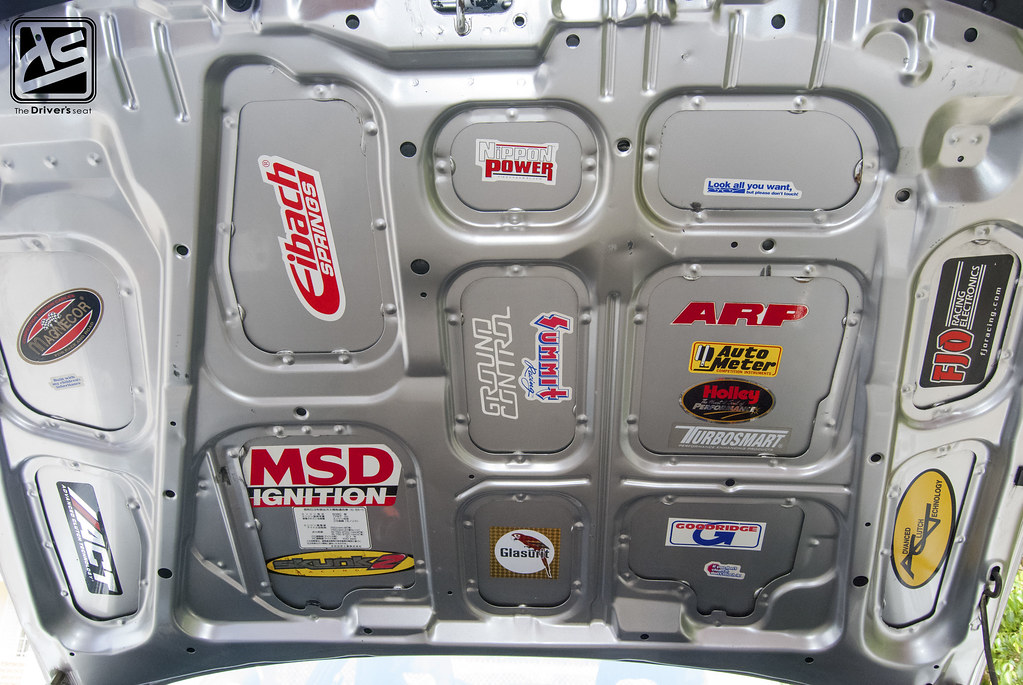 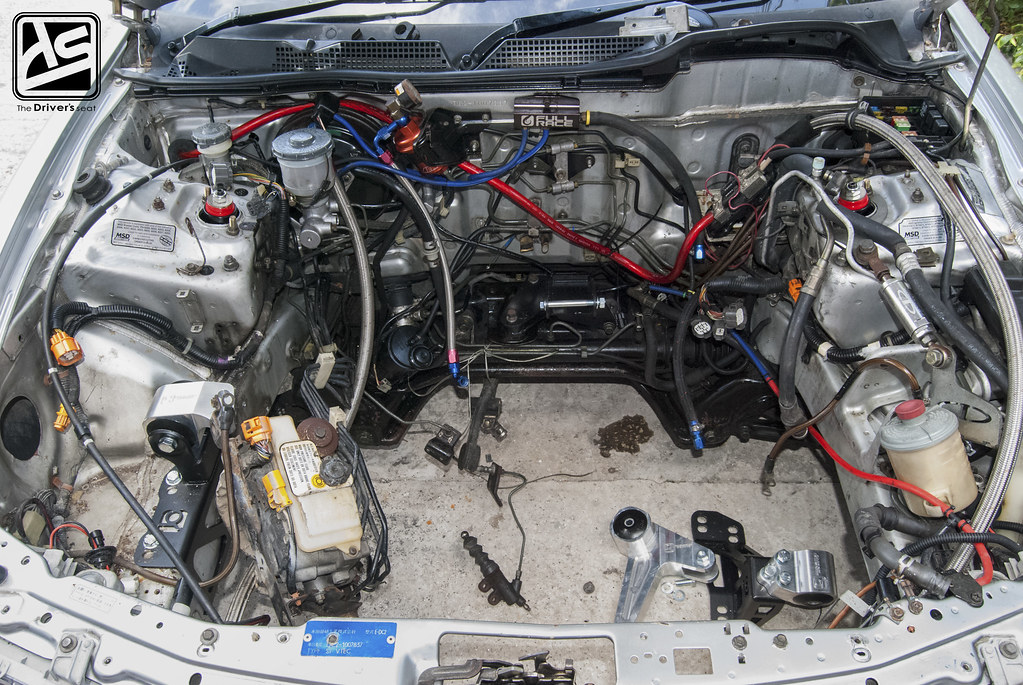 A look at the bay, where there is much to be done… 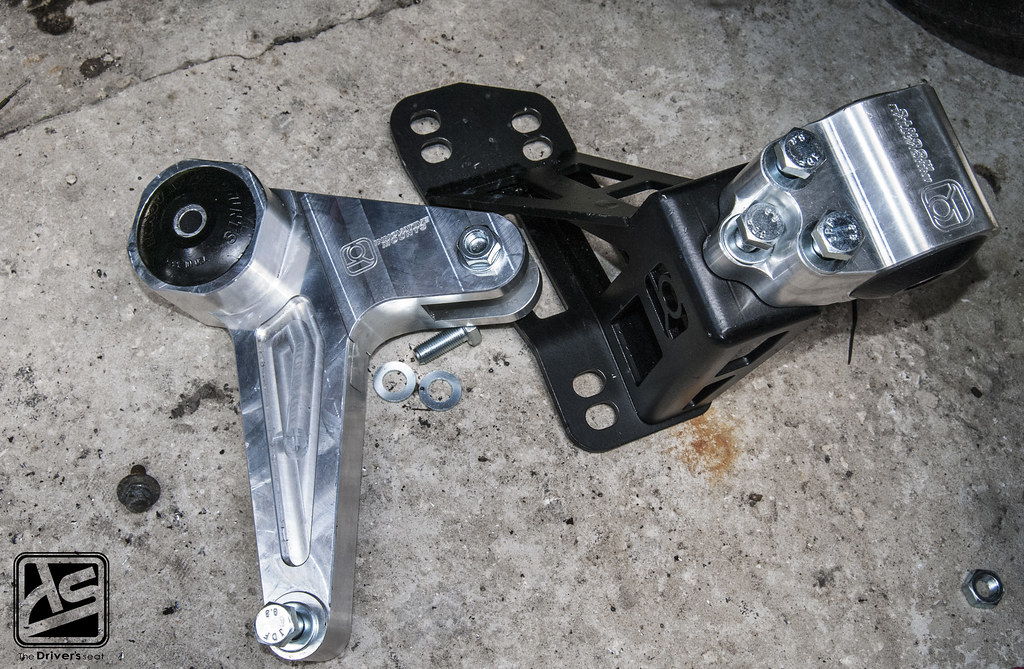 Meagus went for a set of Innovative Mounts with street inserts… 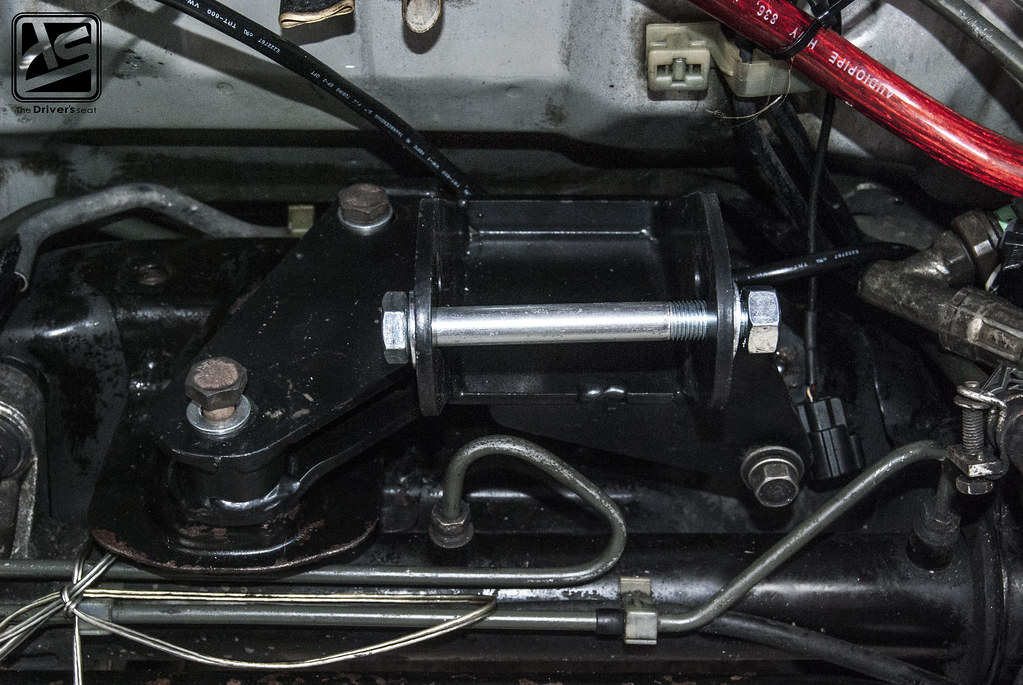 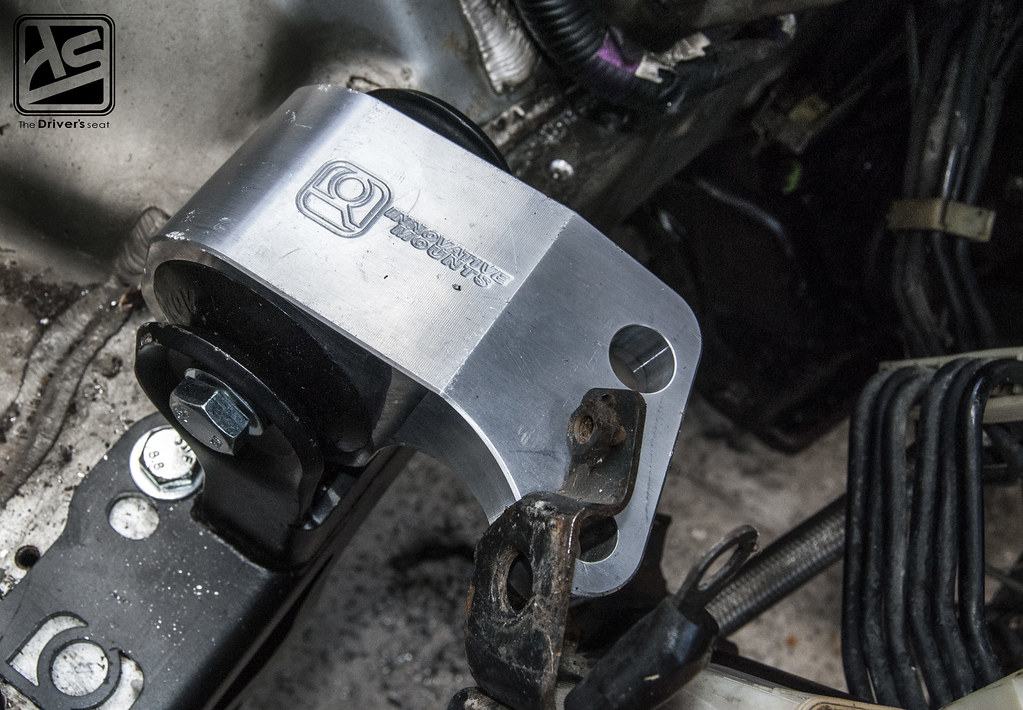 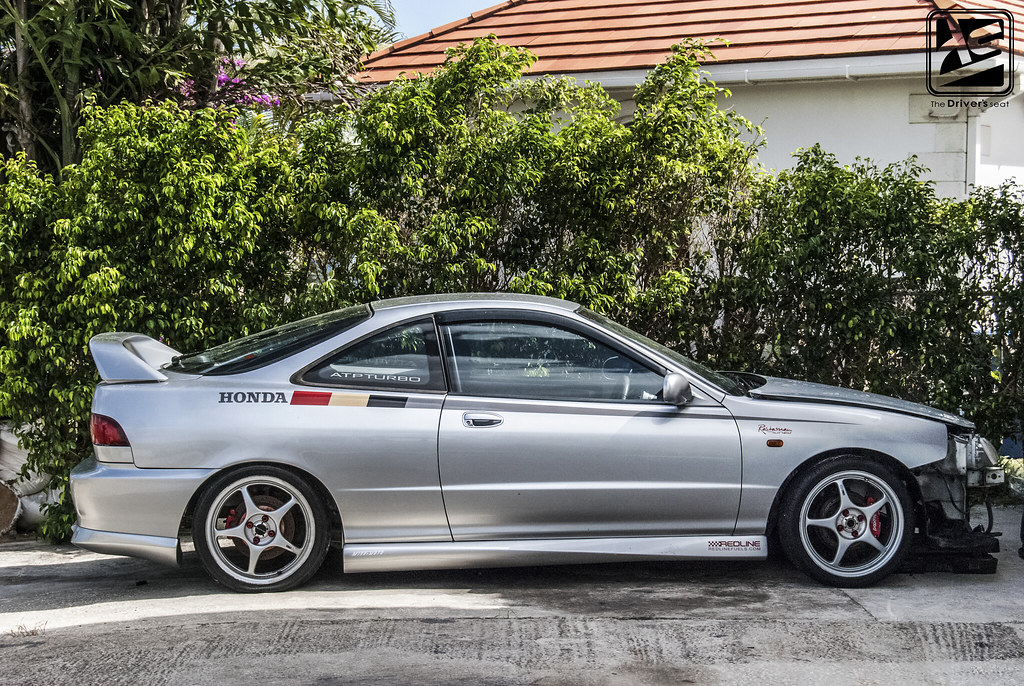 One final shot of the car as it sat awaiting the next stage in development. Thanks for taking a look and stay tuned for more on this build.