Things are moving quite rapidly on this build, so we’re back today with another update. Shane is wasting no time and plans of having it completed in just a matter of days. Today I have some shots of some more of the goodies that will be used in this build and also some updates from the paint shop. 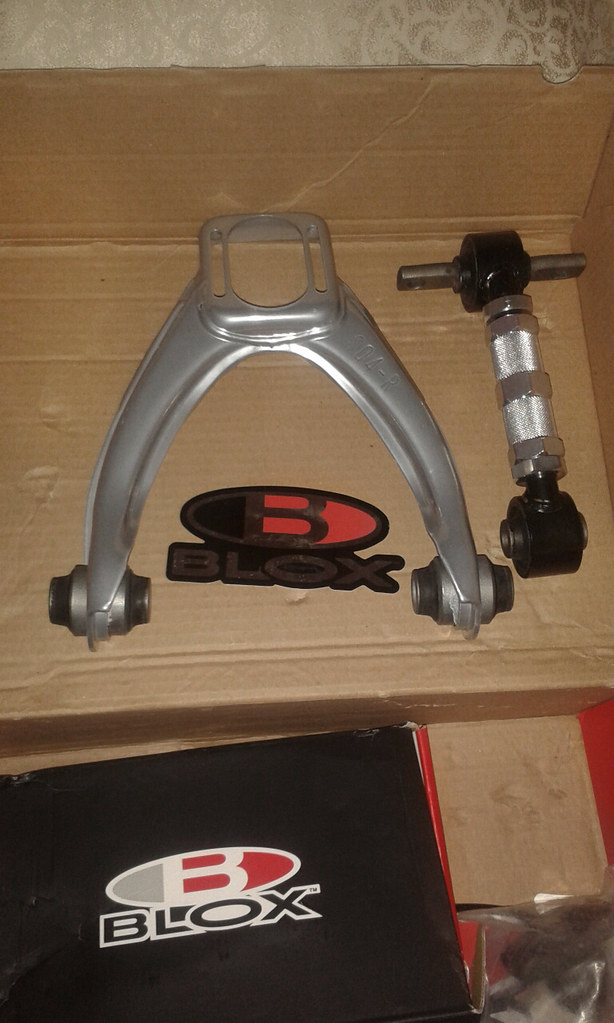 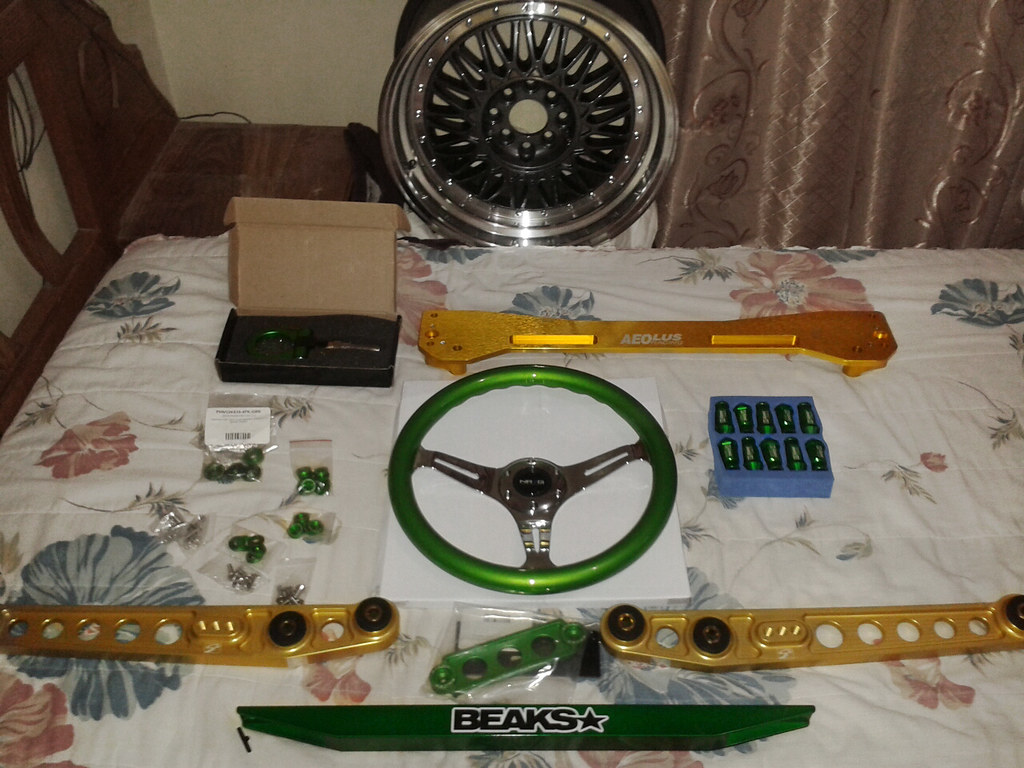 The culmination of goodies that will set this build apart…

Schoolboy spent s significant amount of time browsing the internet trying to find the perfect selection of parts that would compliment each other. Not only to be compatible but also in the correct colour combination that he desired for this build. Here you guys can see the Beaks tie bar, NRG wheel, D1 Spec lug nuts, Password JDM battery tie down and beauty washers all carrying the same green hue which contrasts nicely with the gold subframe brace and Skunk2 LCAs. I can’t forget to talk about what’s chilling way in the back, a set of 17 x 8.5″ +30 STR wheels that Schoolboy thought would be a perfect fit for this build. 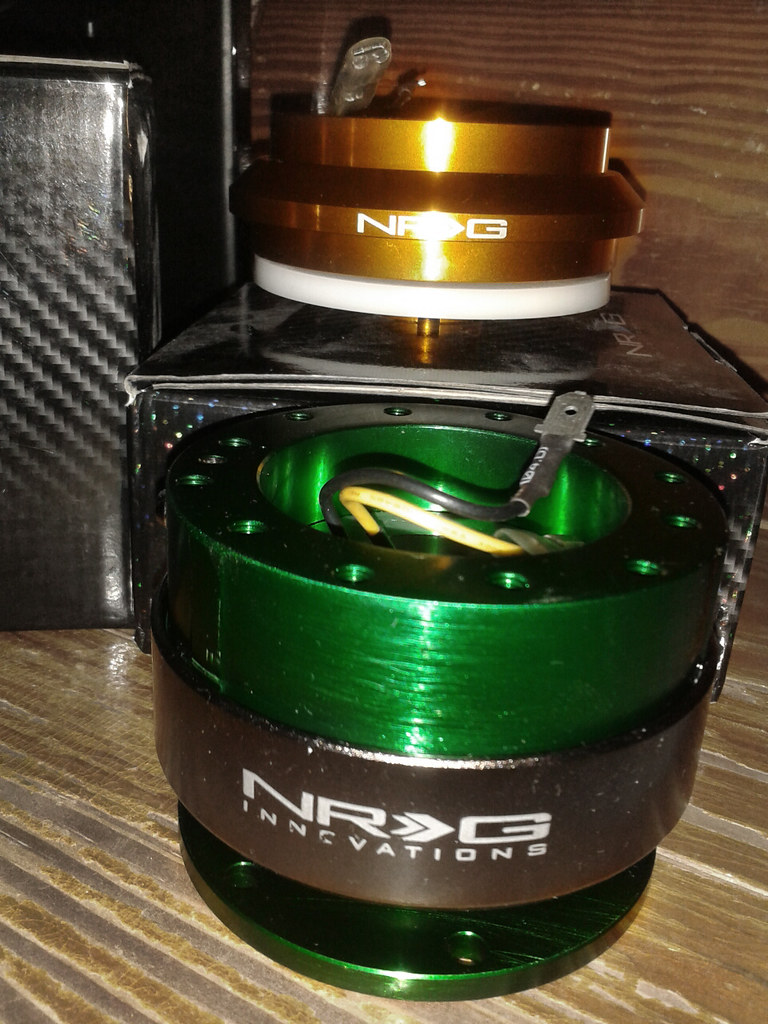 Schoolboy even went as far as to get a NRG steering wheel, hub and quick release following the same colour combination. 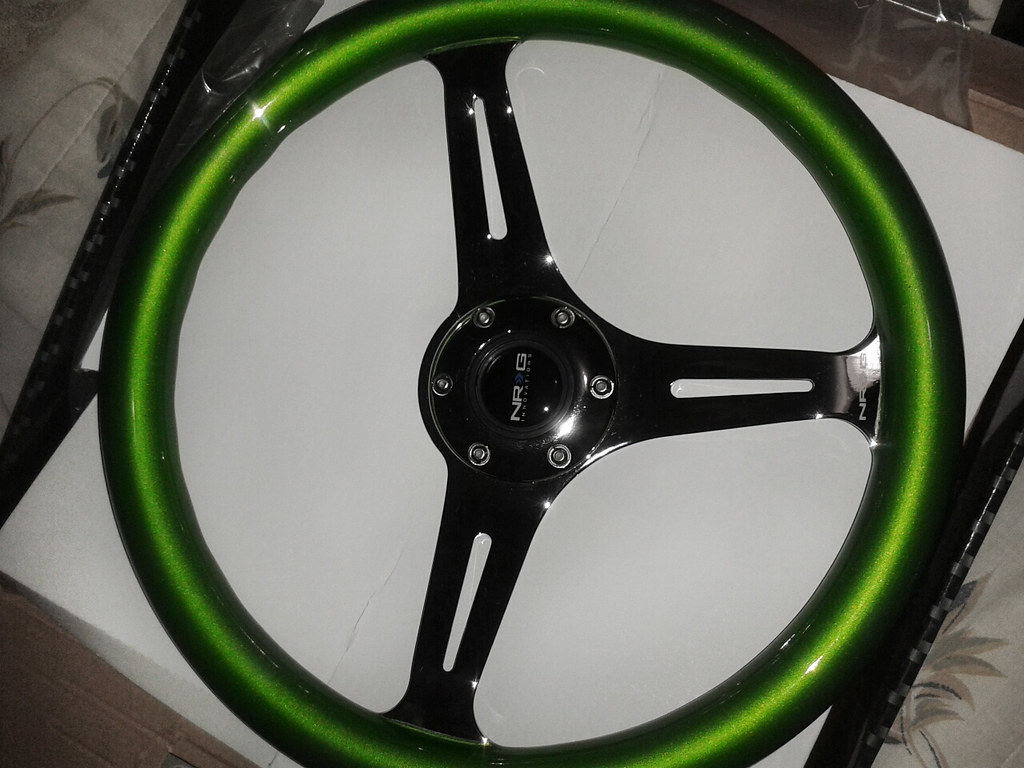 A closer look at the NRG wheel… 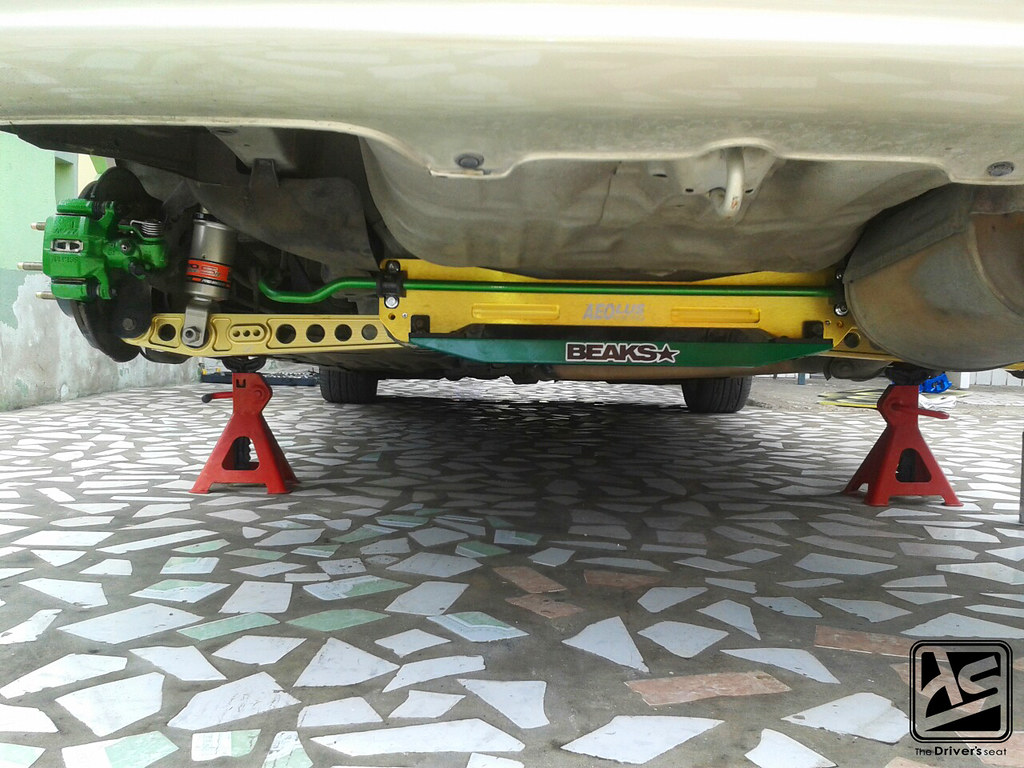 A glimpse of how everything all comes together with the paint matched sway bar, calipers and Beaks tie bar that contrast well with the gold subframe brace and Skunk2 LCAs. 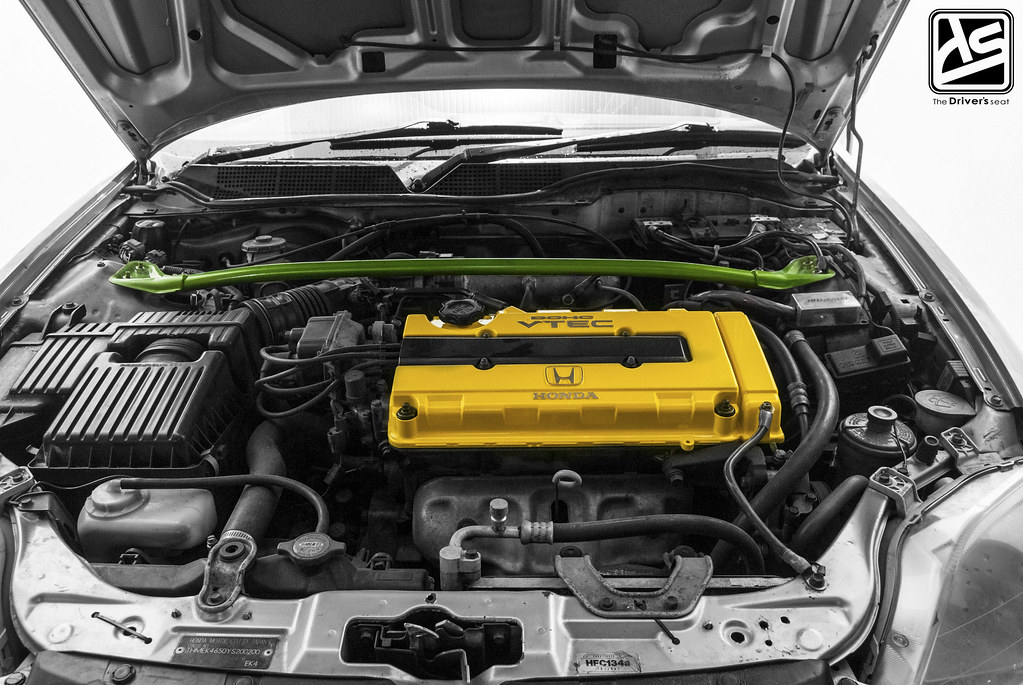 Even though Schoolboy intends to keep the bay as basic as possible, he made sure that the colour scheme used throughout the car, was also represented under the hood. 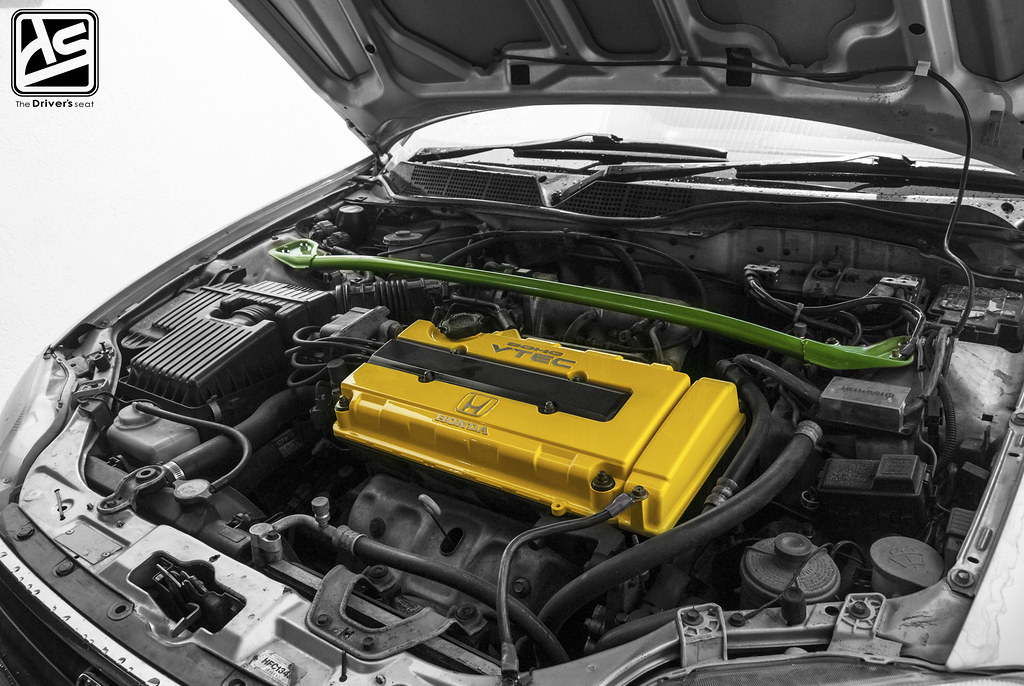 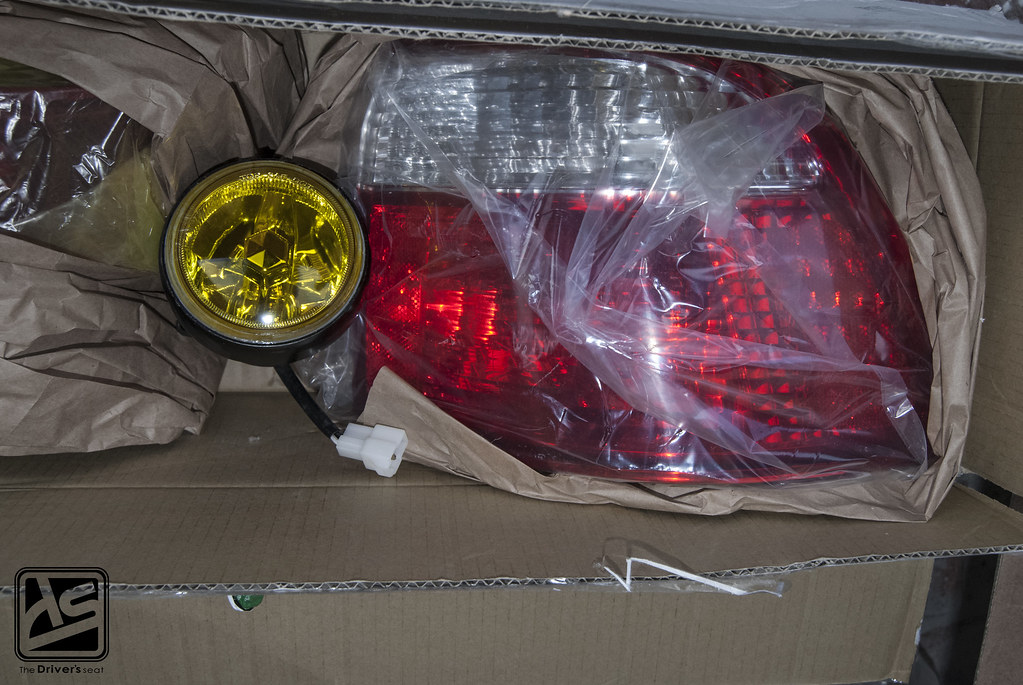 Special attention was paid at every corner of this build so it was no shocker to see that the dated taillights will be replaced with a new set to keep everything fresh. Shane also purchased a new fog light to replace one that was damaged… 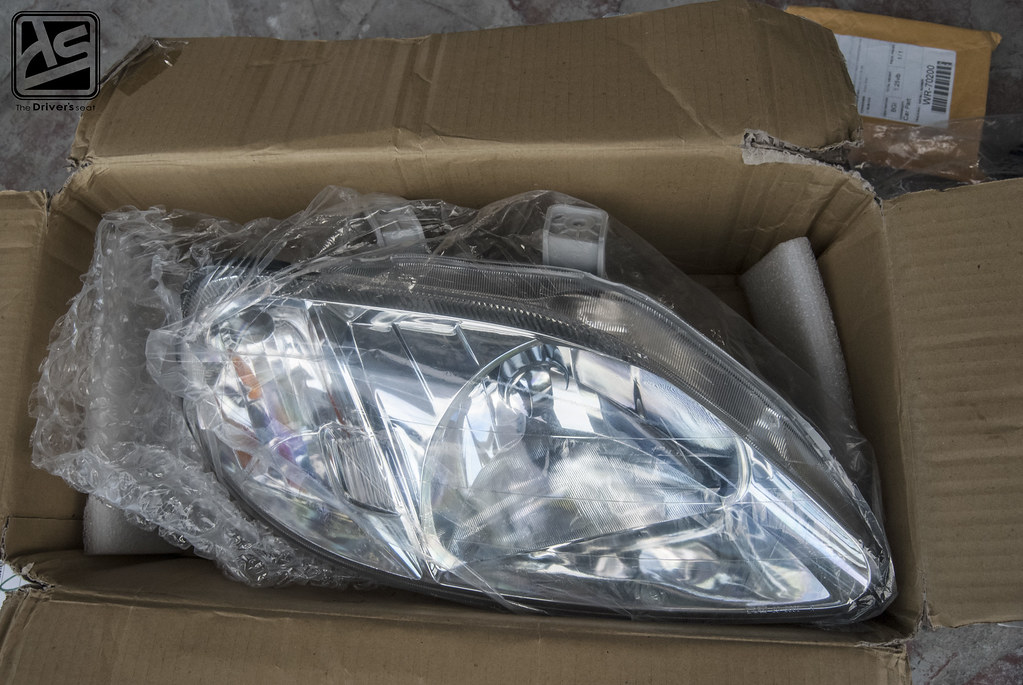 Much like the back, the front end will received a new pair of eyes. Schoolboy went with a pair of chrome housing headlights which would more suit the floss theme of this build. 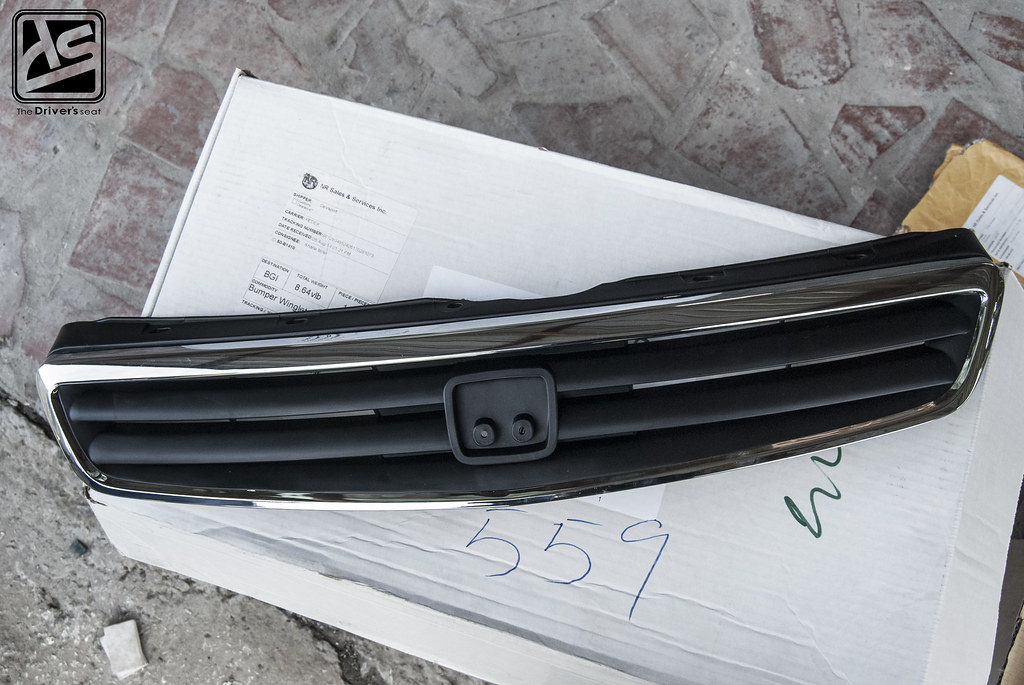 In spirit of new things, Shane decided to replace the grille just for the sake of it… 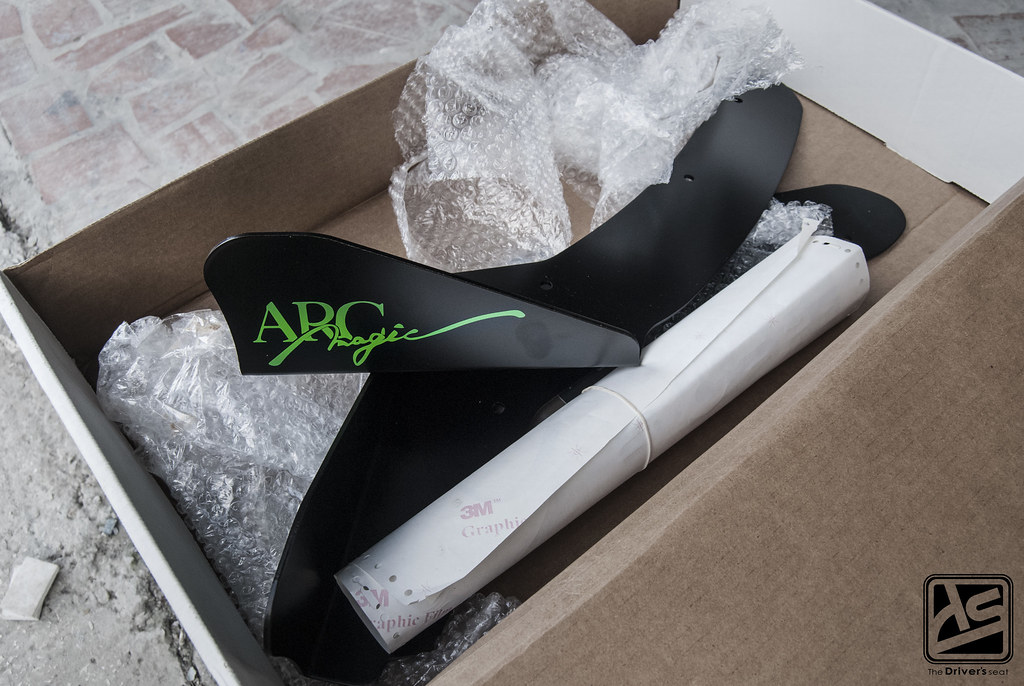 Still focused on the front end of the car, some ARC Magic winglets with custom green stickers made to flow a bit smoother…

Shane got a call saying the car was fresh out of paint and he could come and view it to make sure everything is up to par. 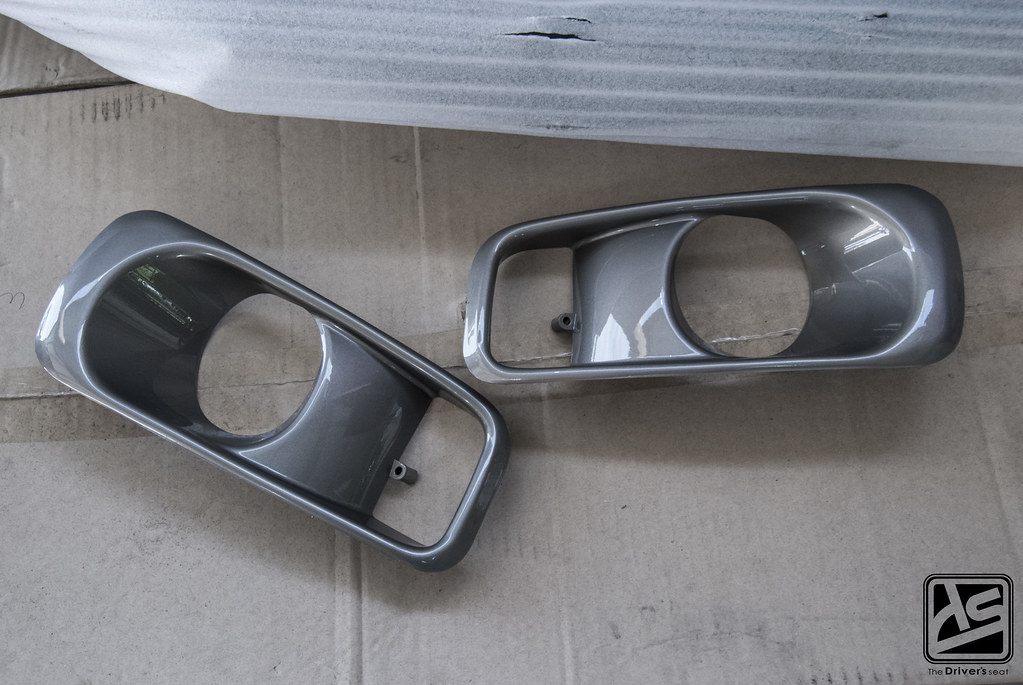 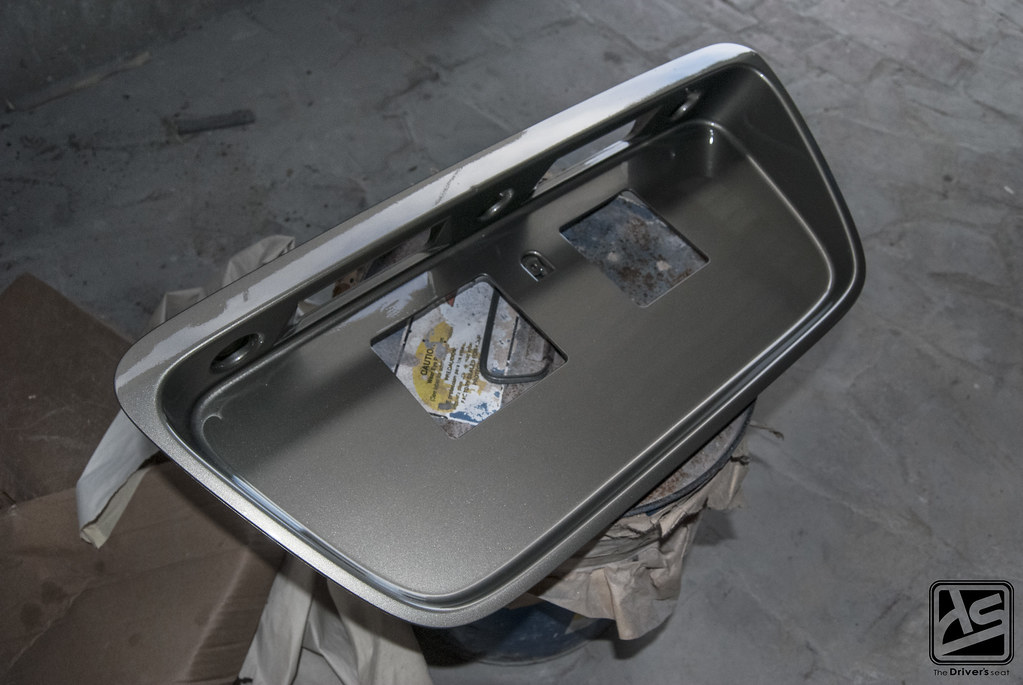 Shane took a page from his previous build when it came time to choose a colour for this build and chose another BMW winner. 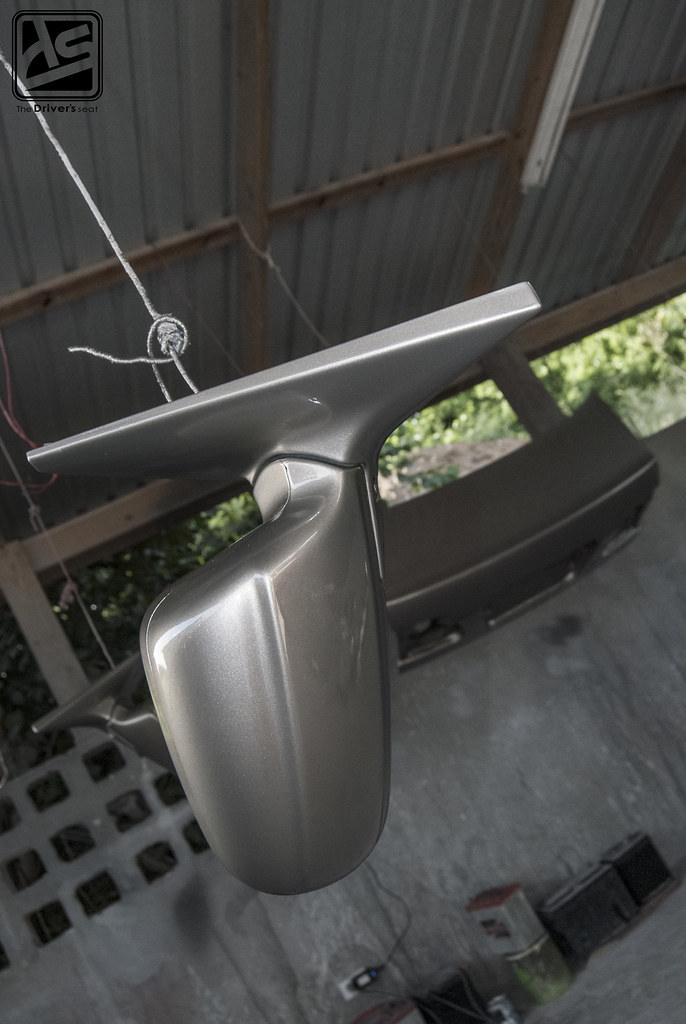 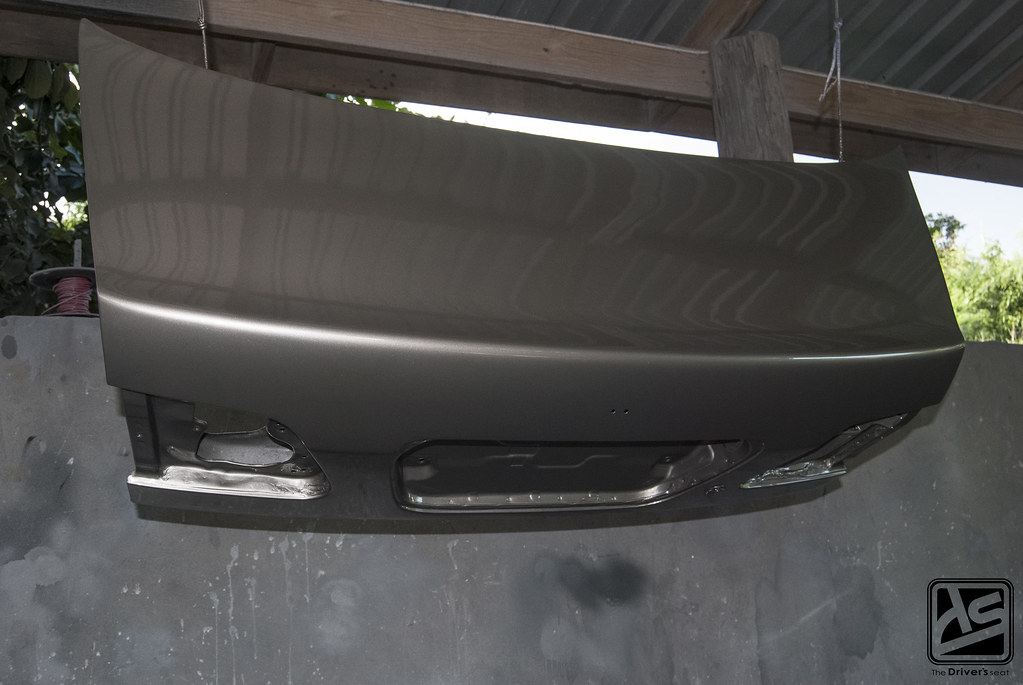 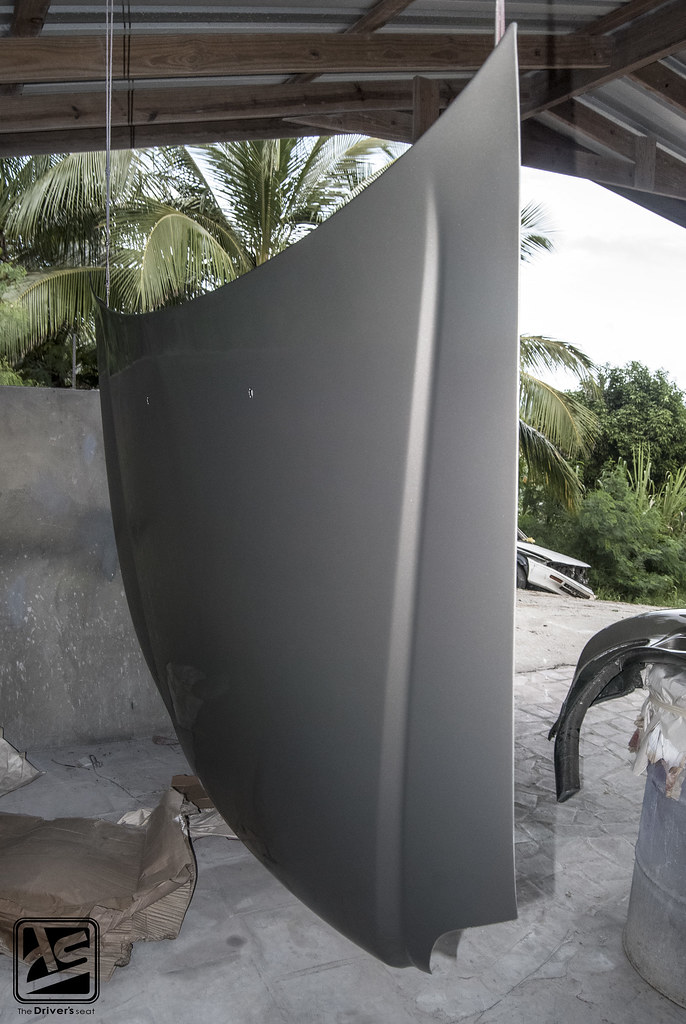 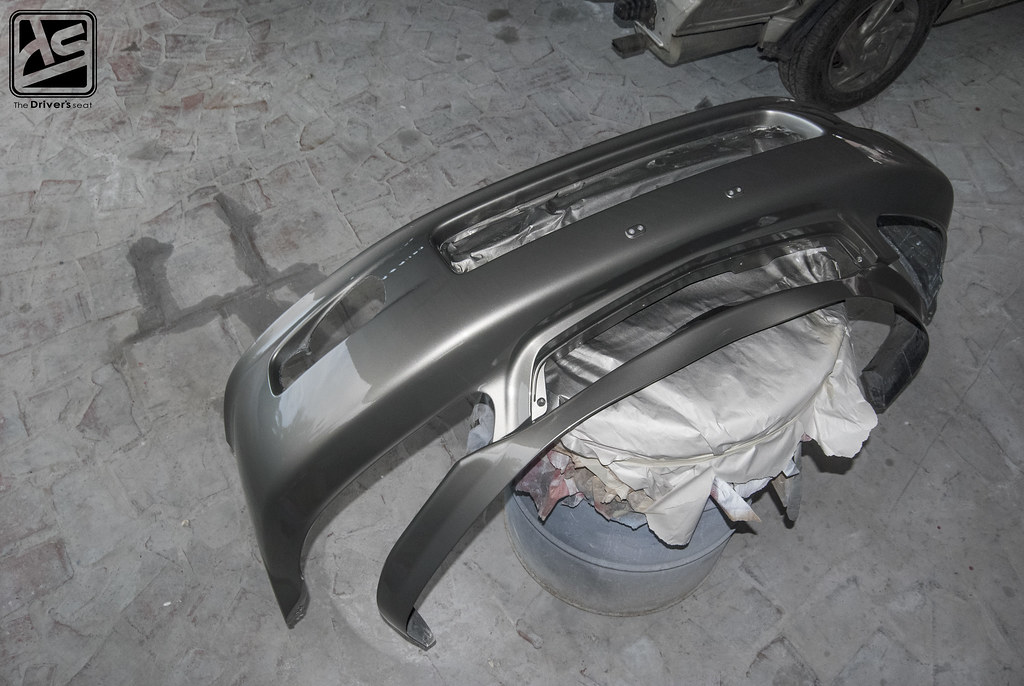 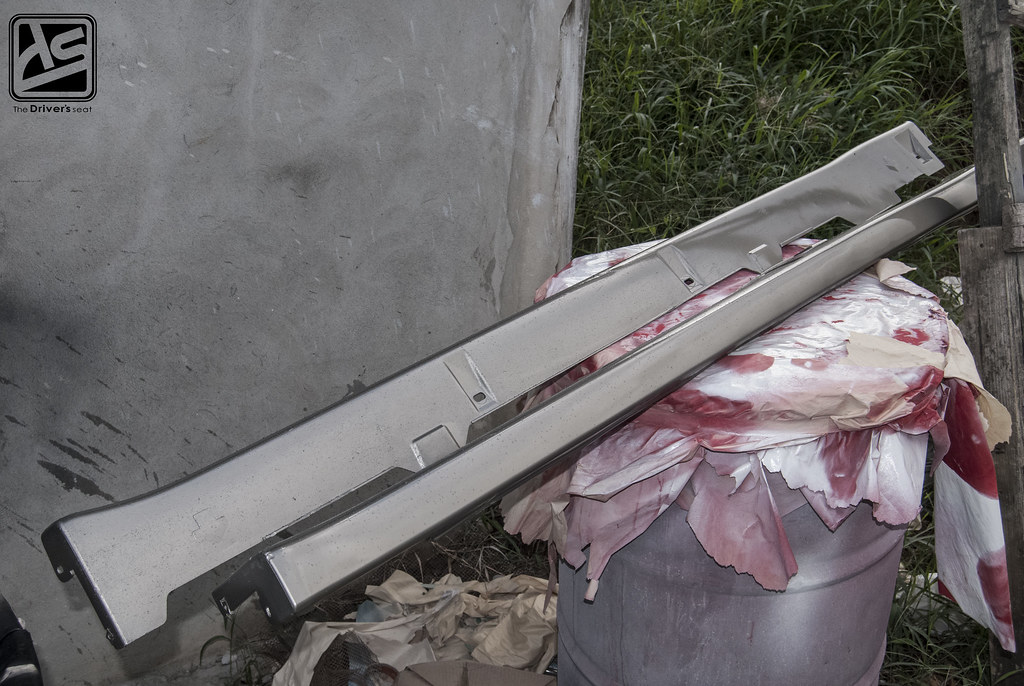 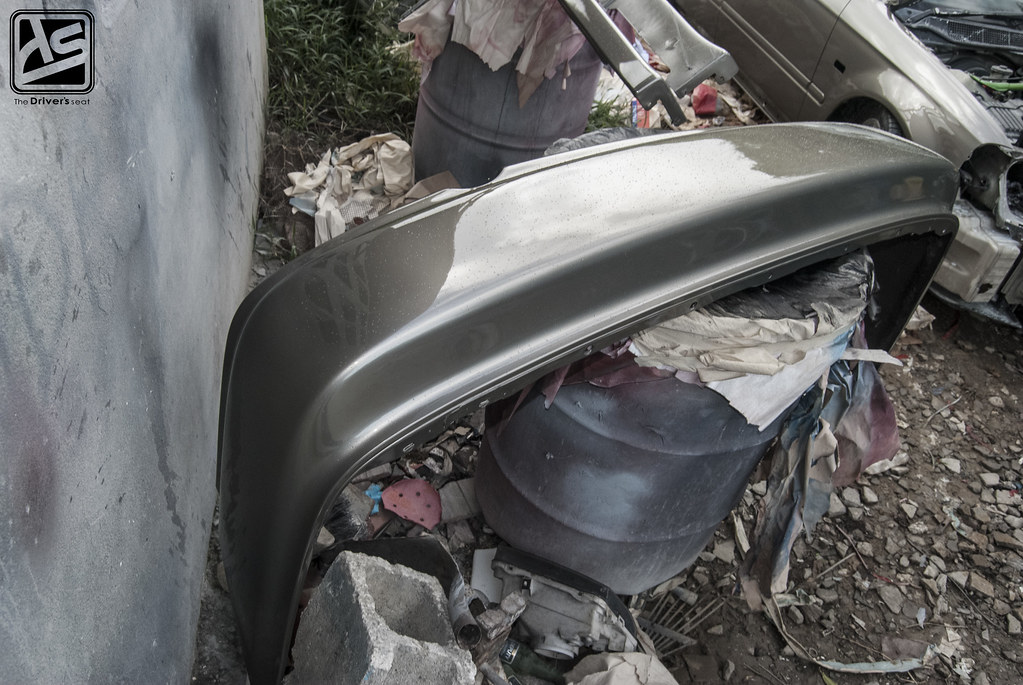 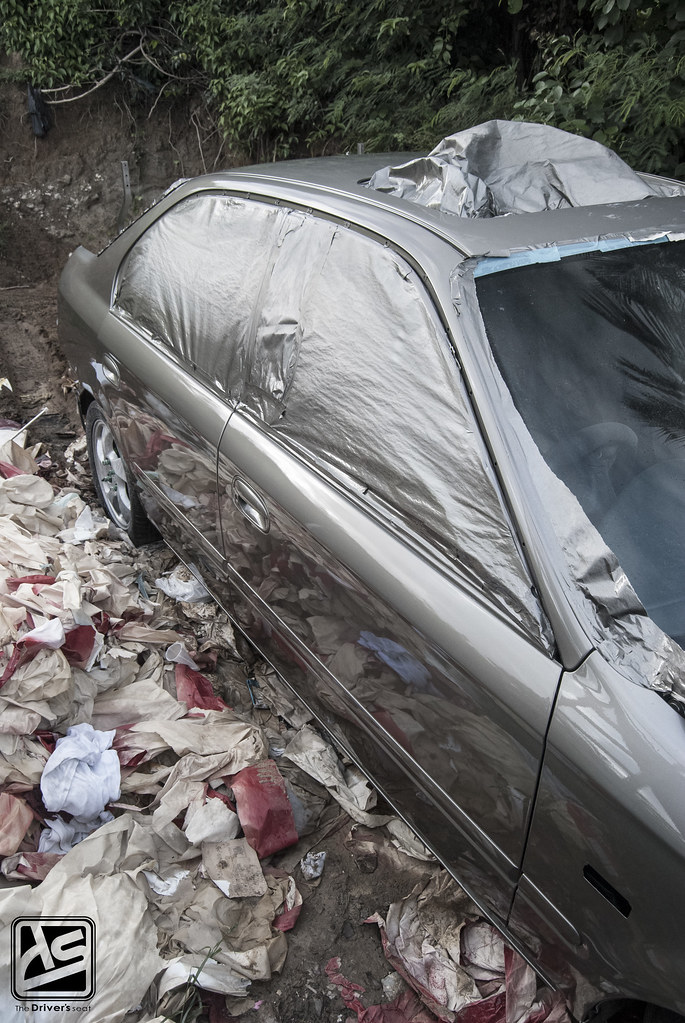 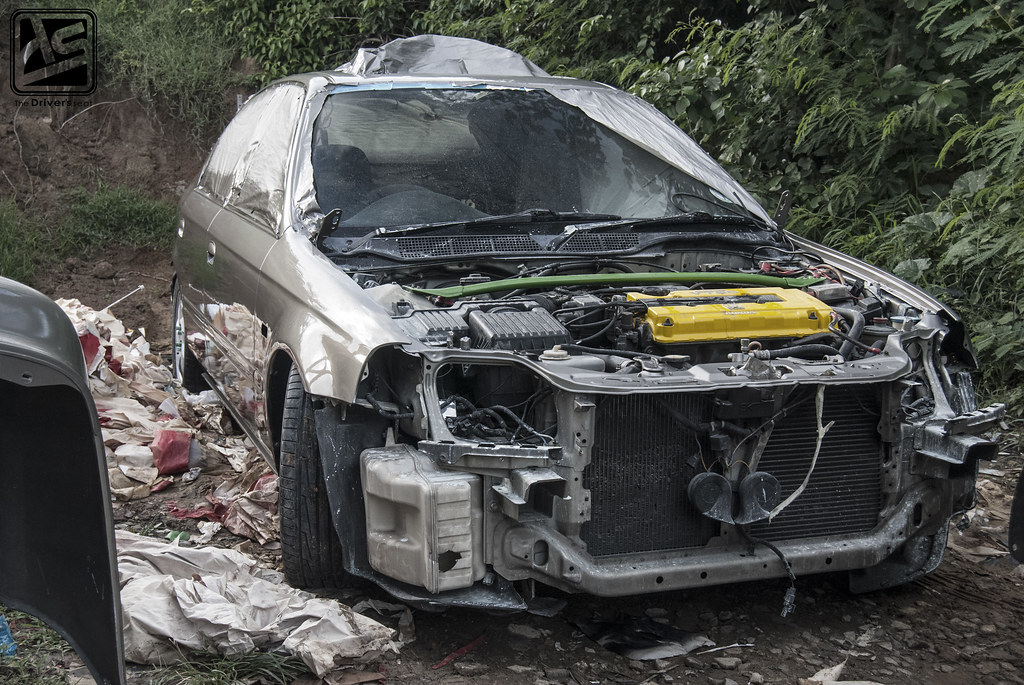 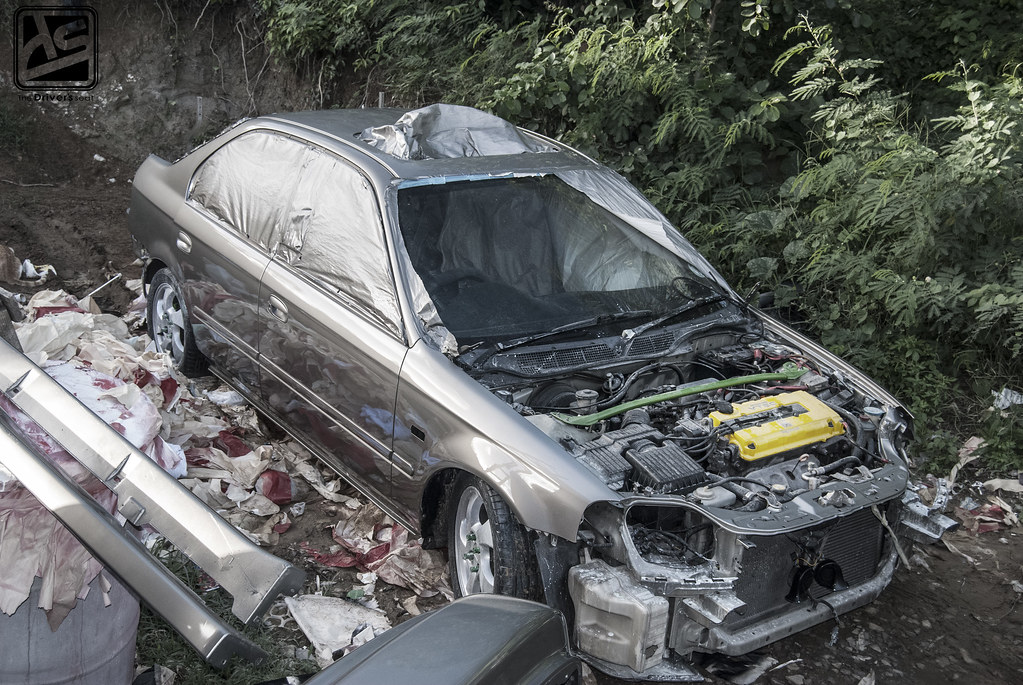 Varying angles of the car, with only a few things left to be taken care of everything seems to be coming together as expected. From the way things are shaping up it’s safe to say Bandi did another great job with this one… 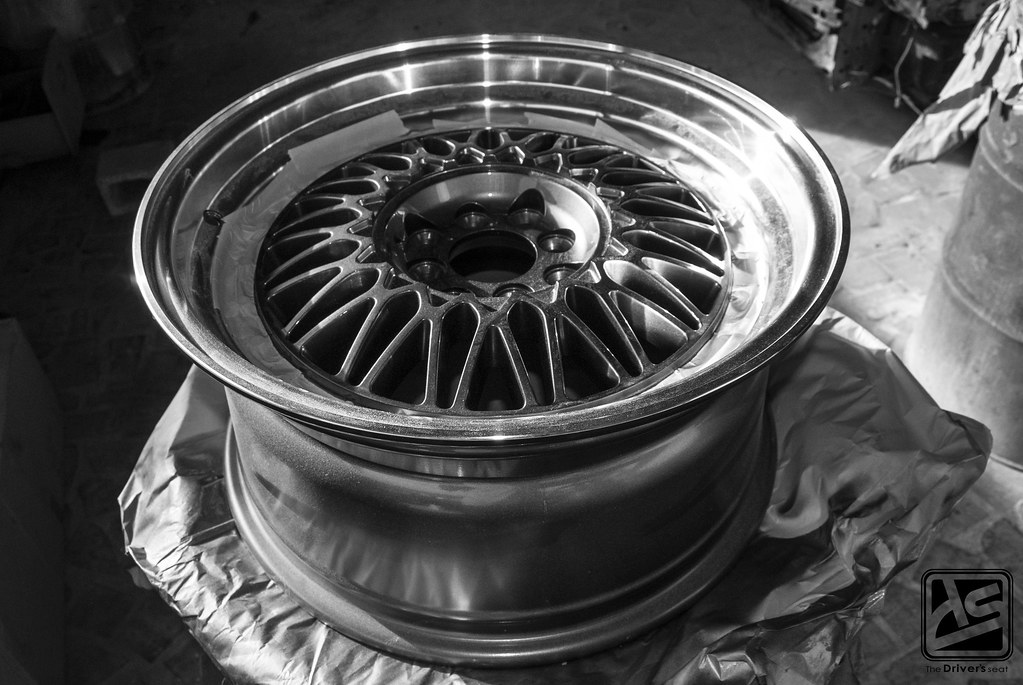 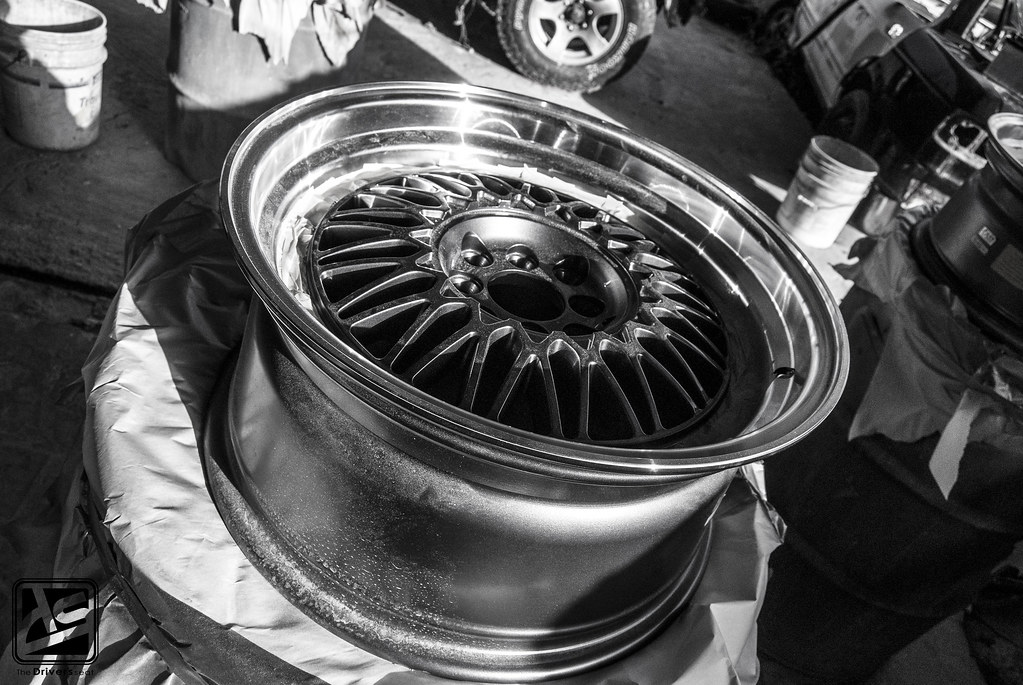 When we went the wheels were being prepared for paint, so you guys will have to wait until the next update to see what colour they will be resprayed in.

That’s it for today’s post, I hope you guys enjoyed and thanks for taking a look…