It’s a great thing when you see hard work and dedication take shape and start paying off. Today I’m back with an update on a build that is just that.

In the last post, the motor had finally made its way back into the bay and the reassembly started. Today, I have some more shots of this process. Dominic has started to re-install the interior and as with every update so far, he has some new goodies to show off… 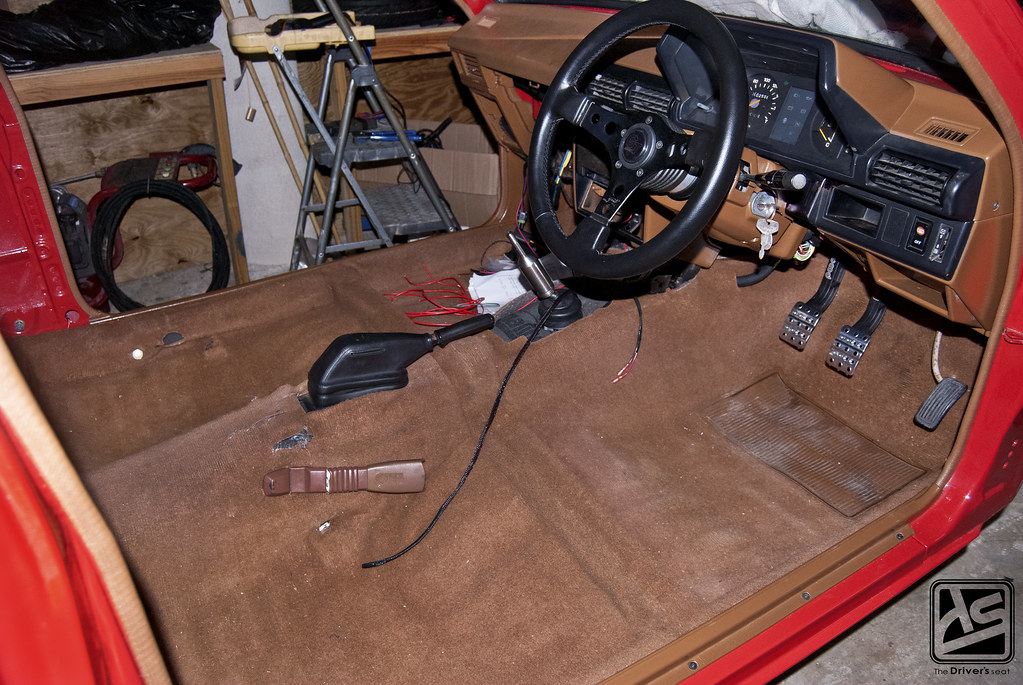 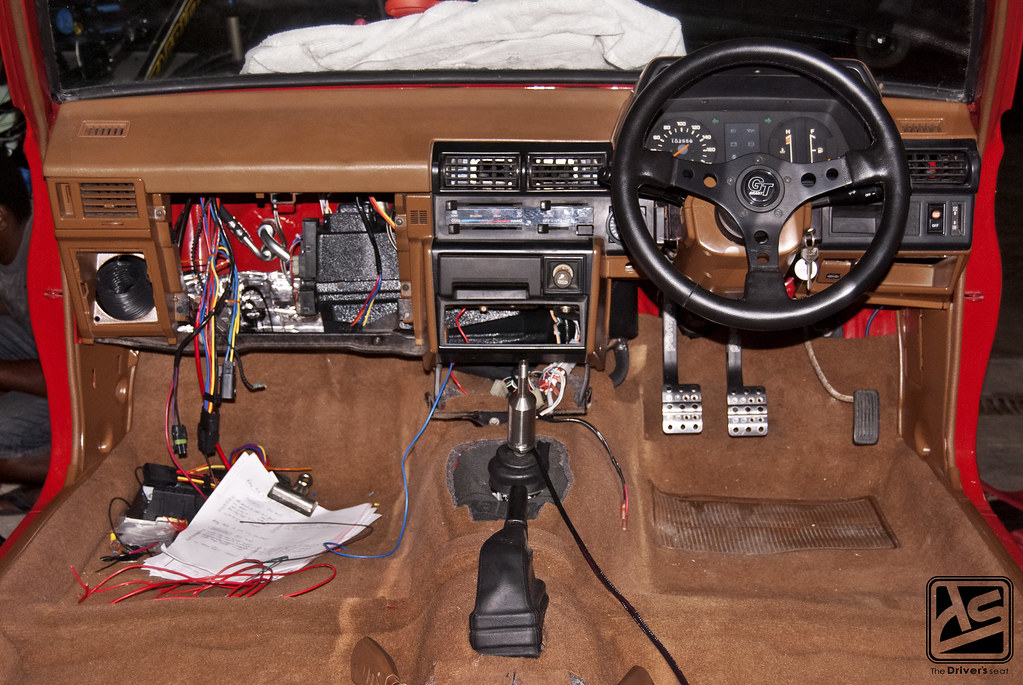 Carpet and dash installed for what would hopefully be the last time. As you can see, Dominic is still busy trying to finish up the harness… 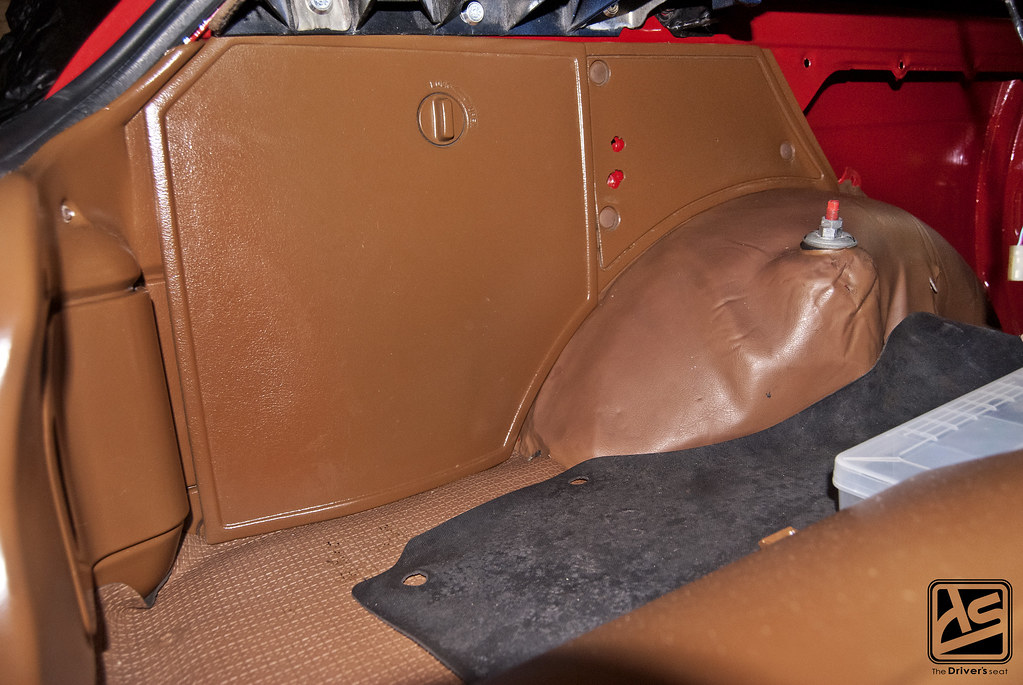 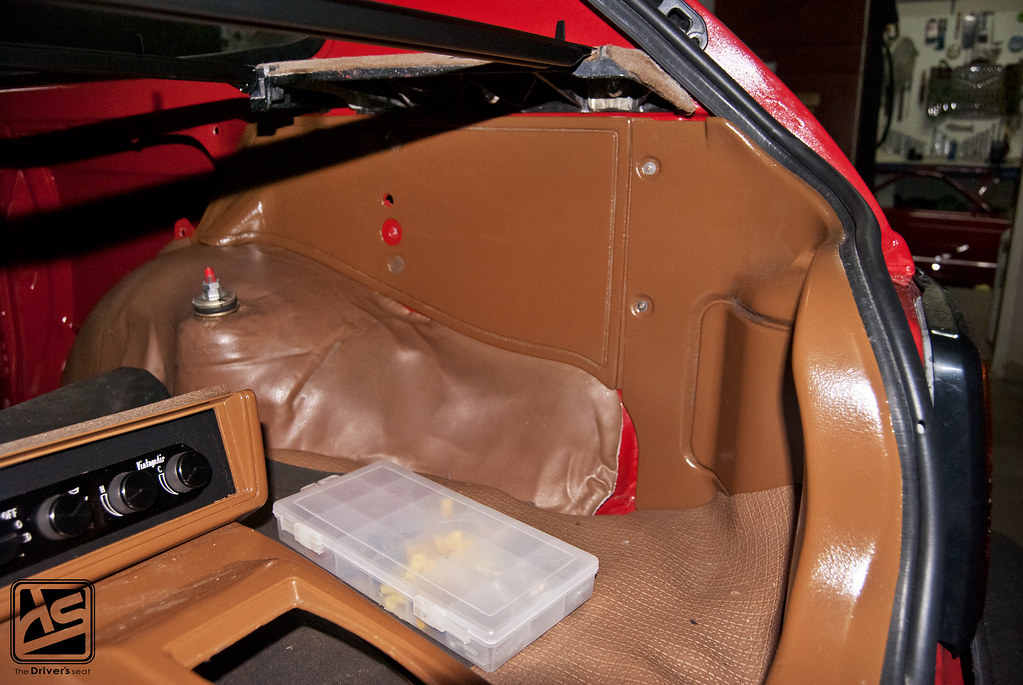 While the car went off to be painted, Dominic had the pieces for the trunk restored back to factory spec similar to what he had done to the dash. 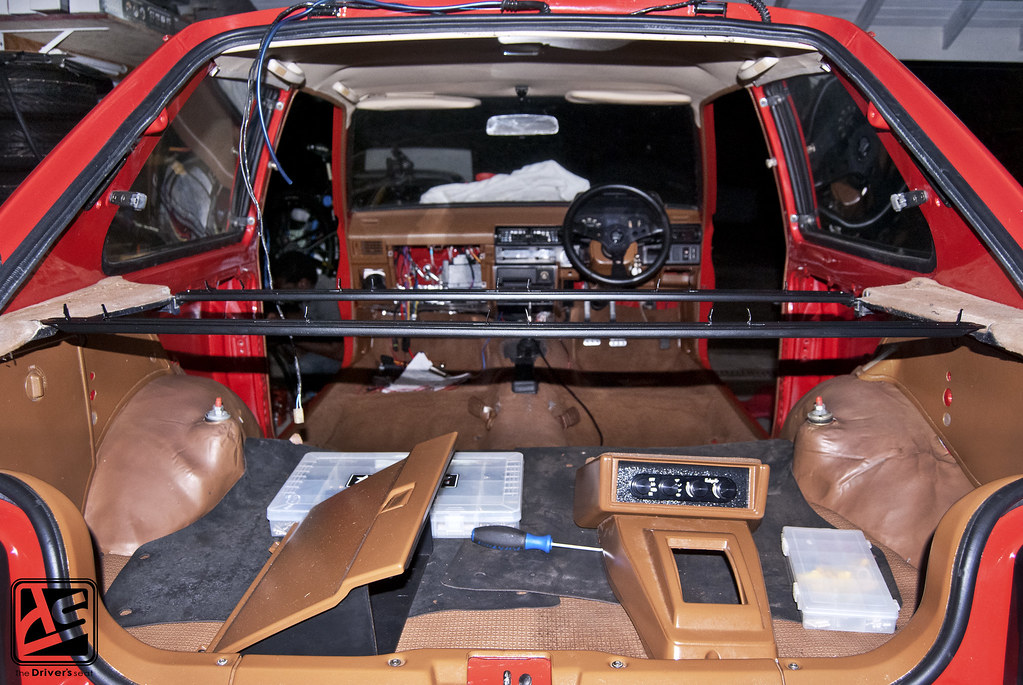 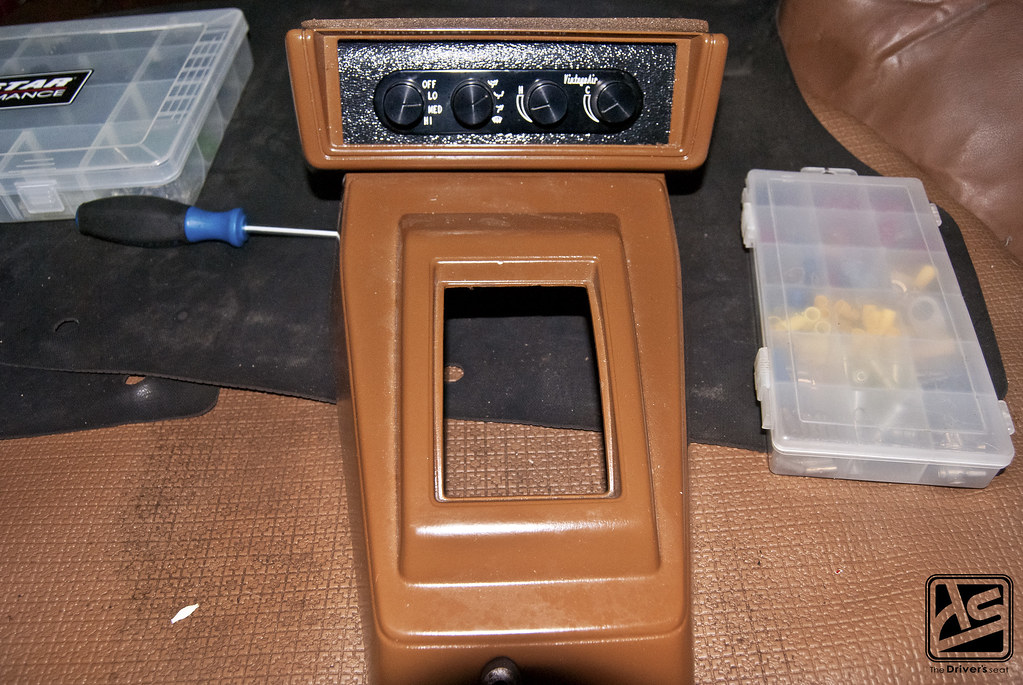 If you guys paid close attention, you would have noticed that Dominic has made provisions for the car to be AC compatible. Because once again the car is suppose to be a restoration build that is comfortable enough to be mixed with modern pleasures. Being bent on the fact the interior had to still remain as vintage as possible, Dominic went on a hunt to find someone who made an AC setup for the 84 Starlet. He managed to find a company by the name of Vintage Air where he was able to purchase a complete system. This worked out great as the knobs and dials look identical to something that was designed back in the 80s. 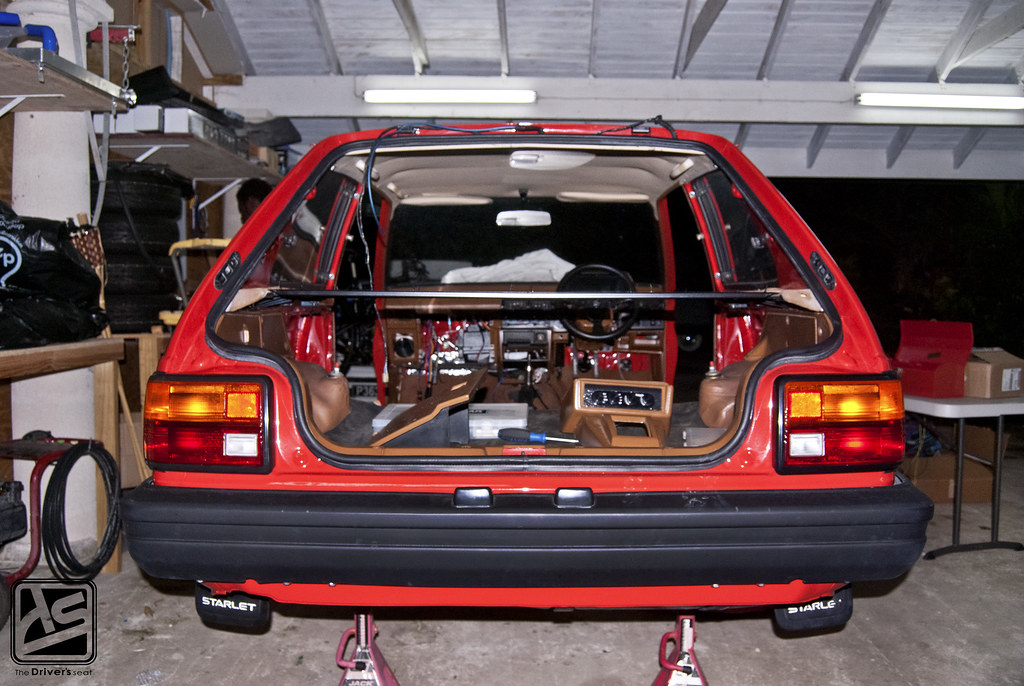 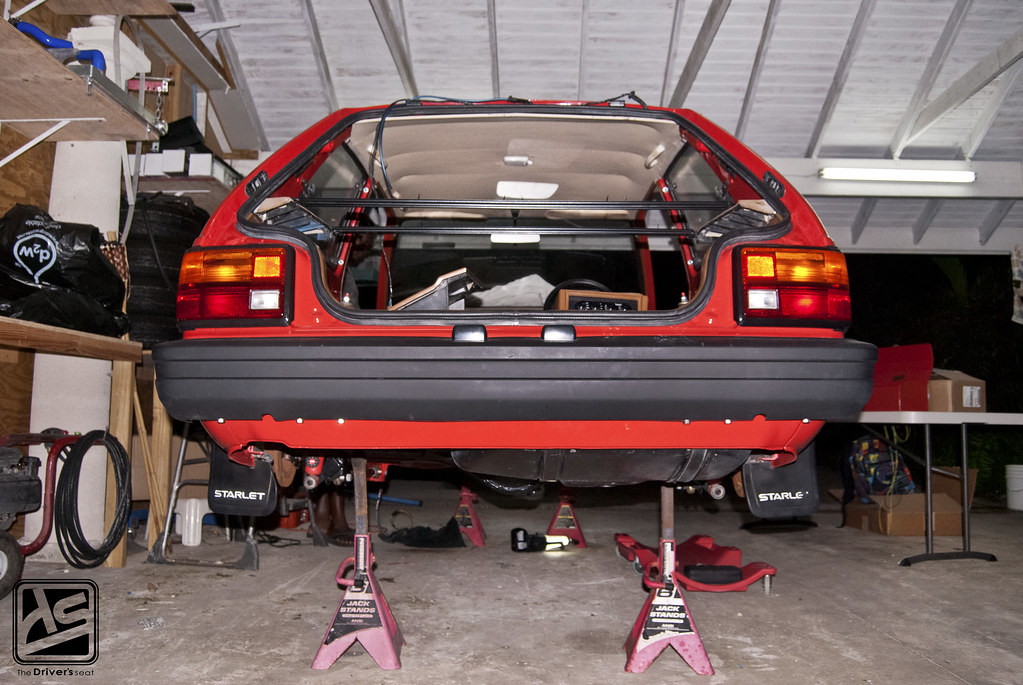 Another noteworthy addition Dominic started on, was a trunk lid as his never came with one when he purchased it. As you can see he already has fitted the rails and its just to install the lid now… 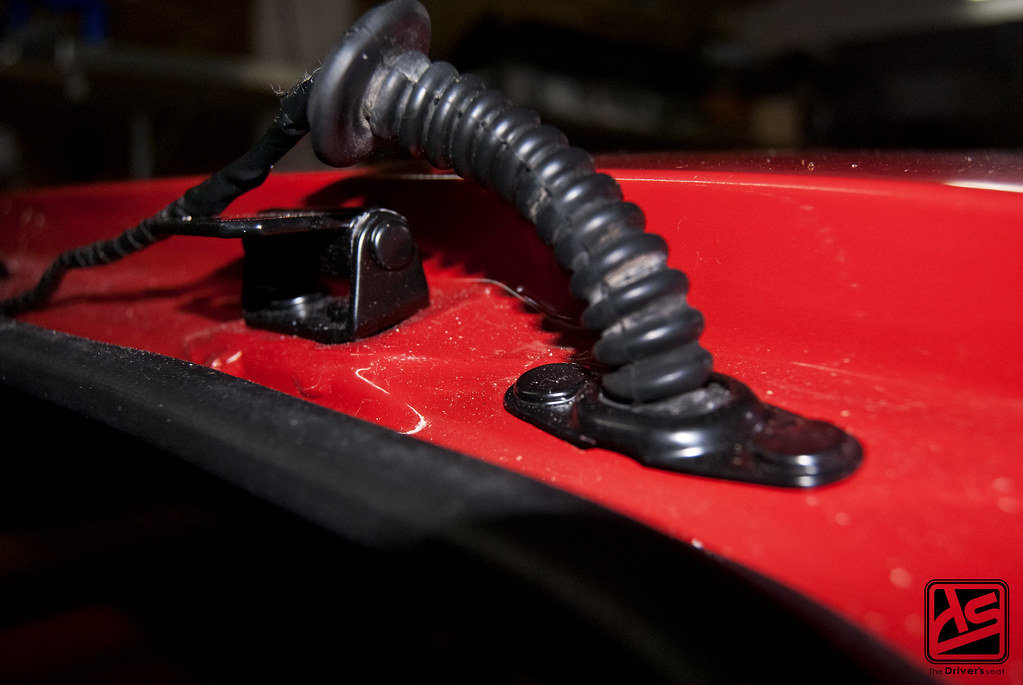 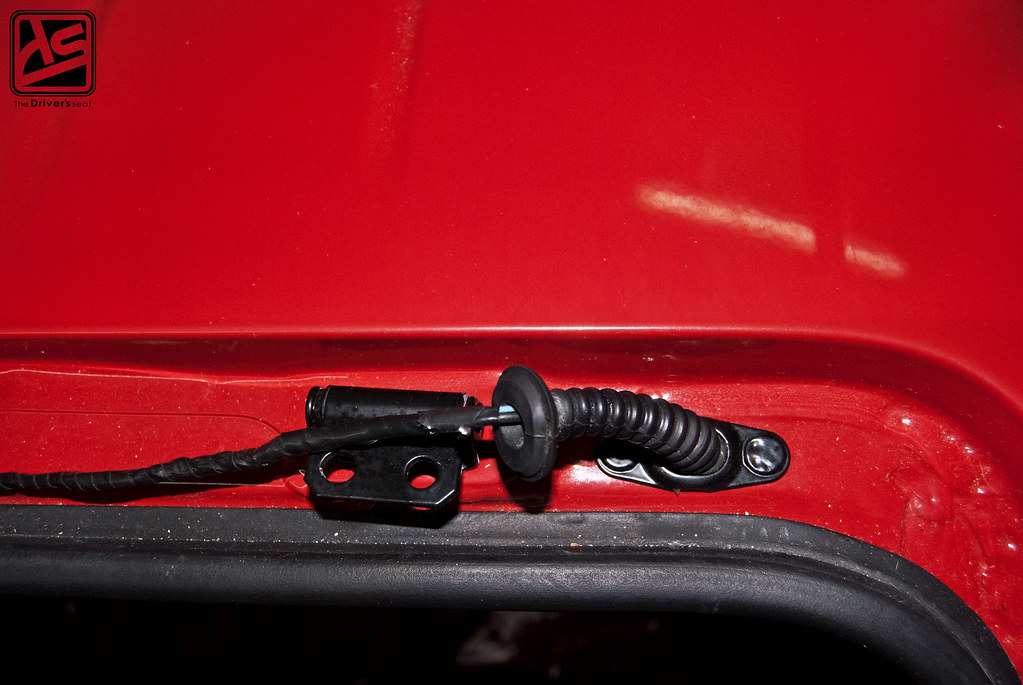 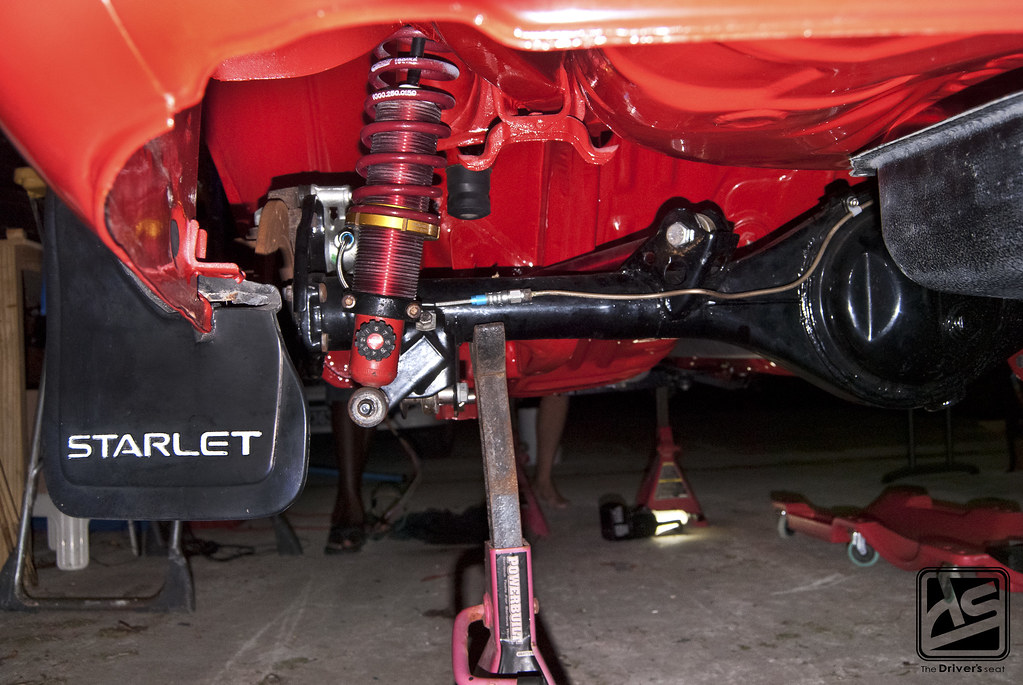 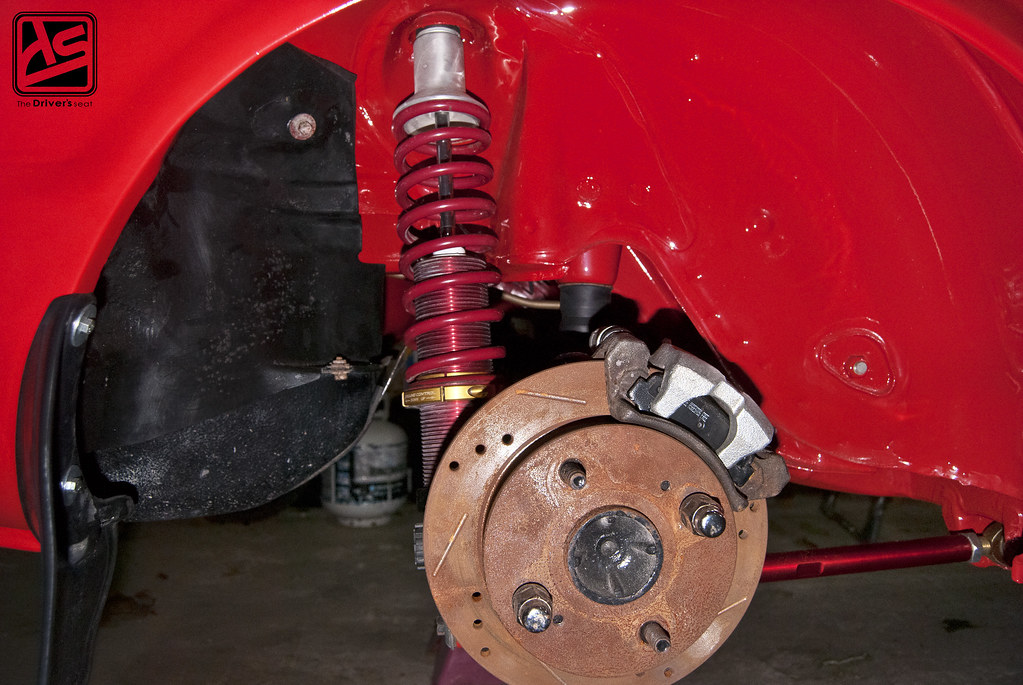 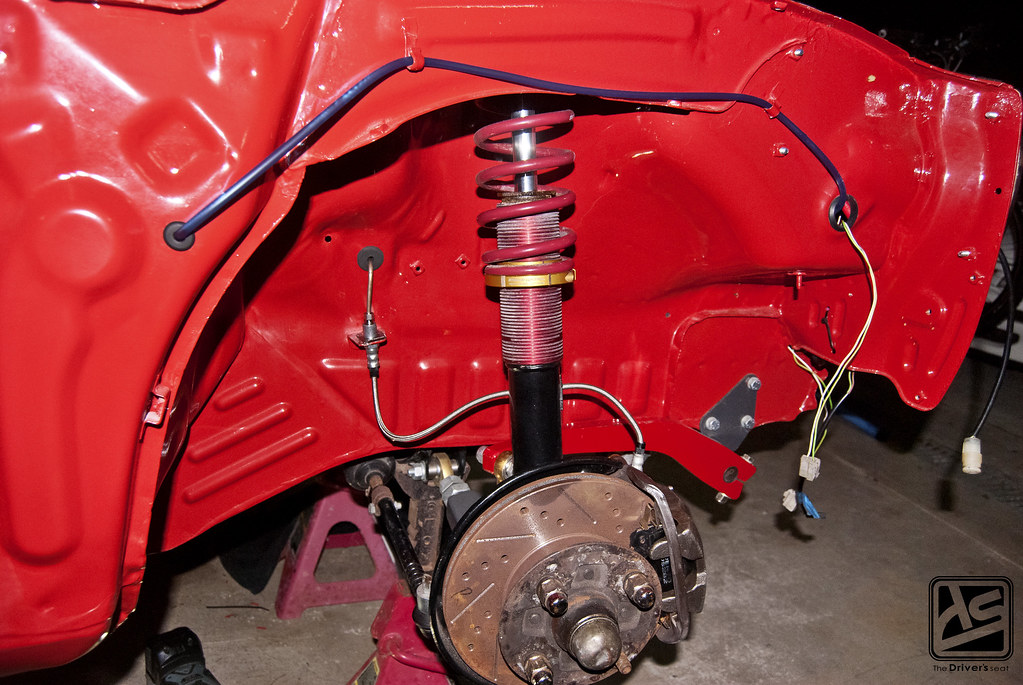 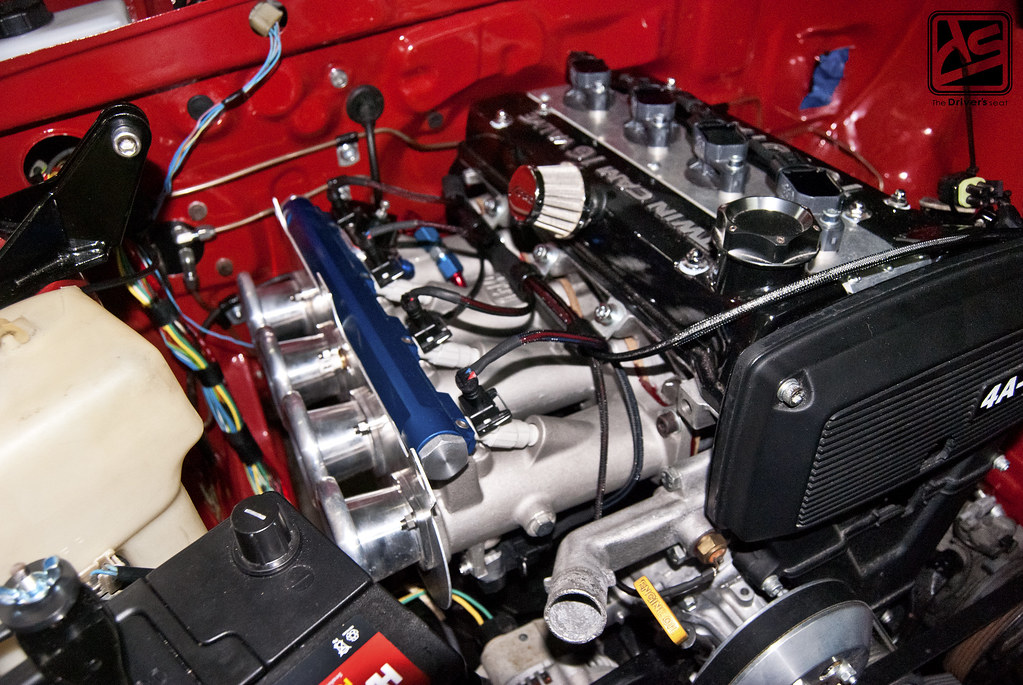 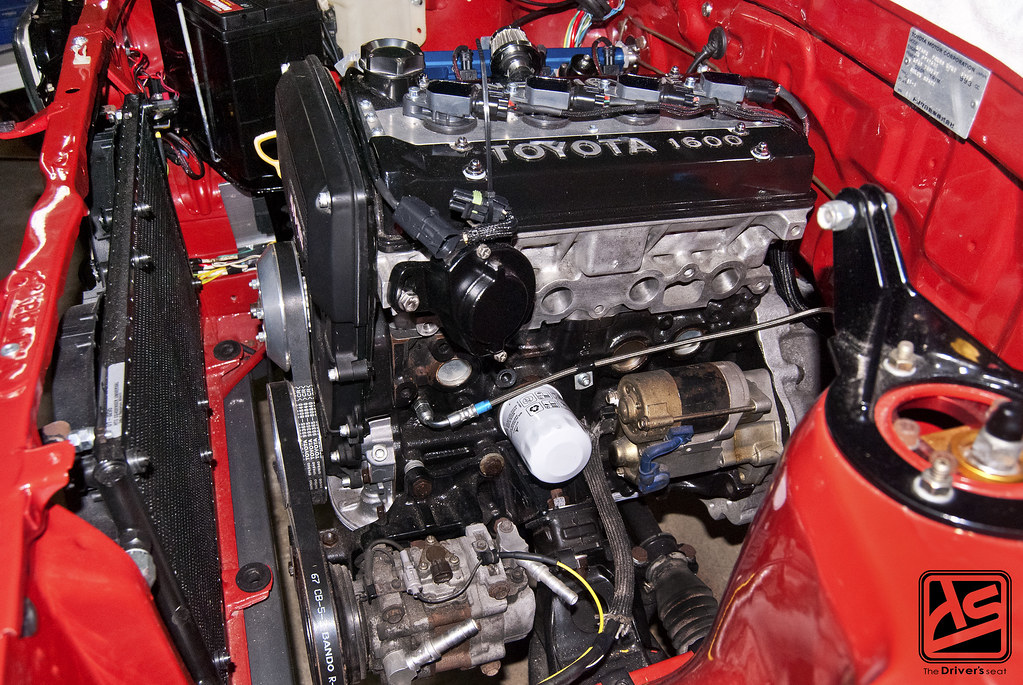 Progress being made in the engine bay, with the harness almost fully completed. You can also spot the Vintage Air AC condenser… 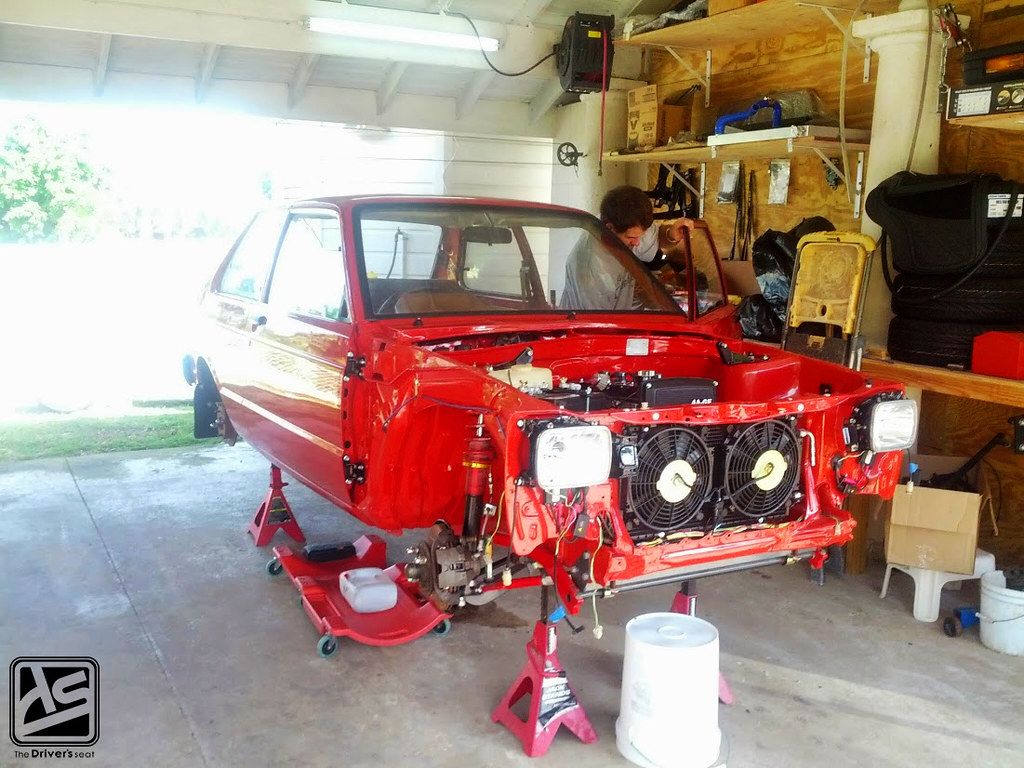 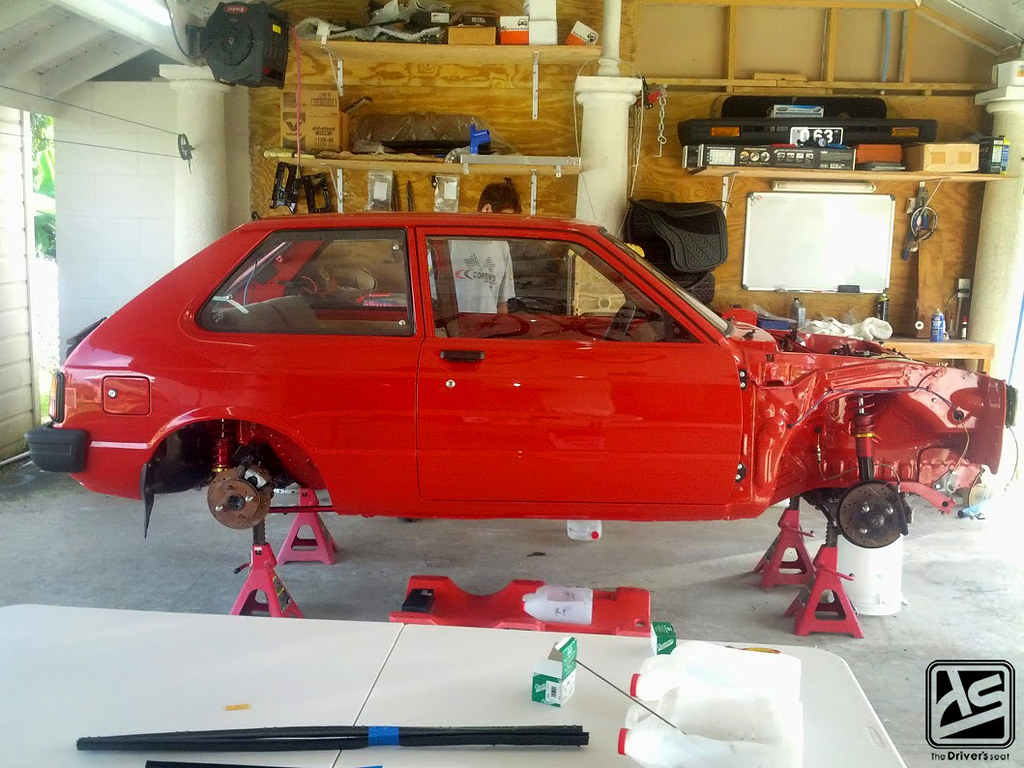 Doors as they were being fitted… 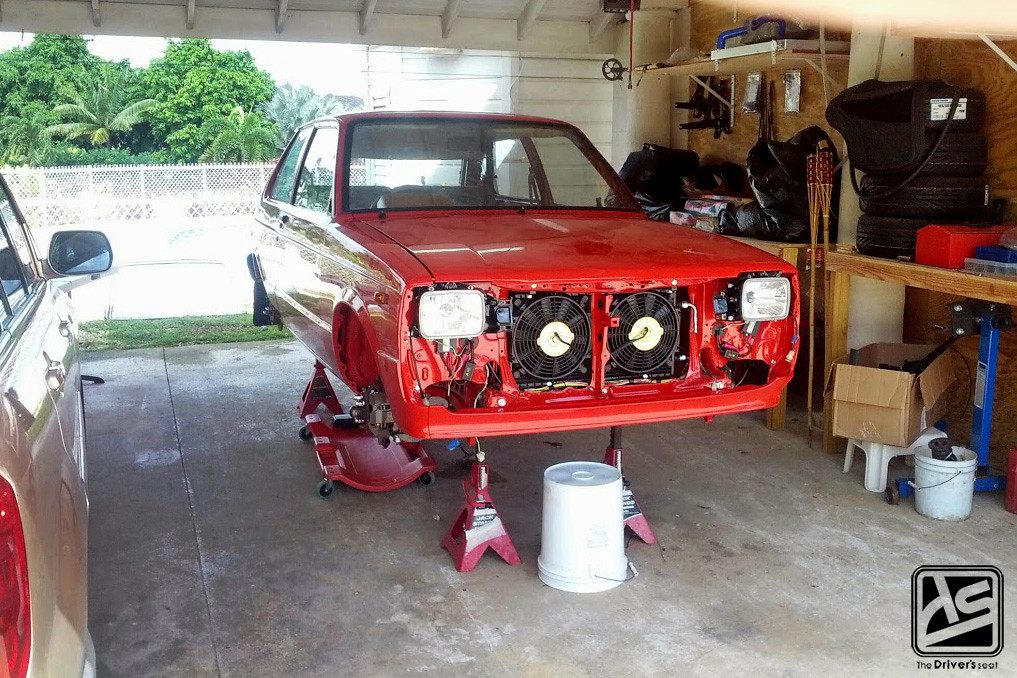 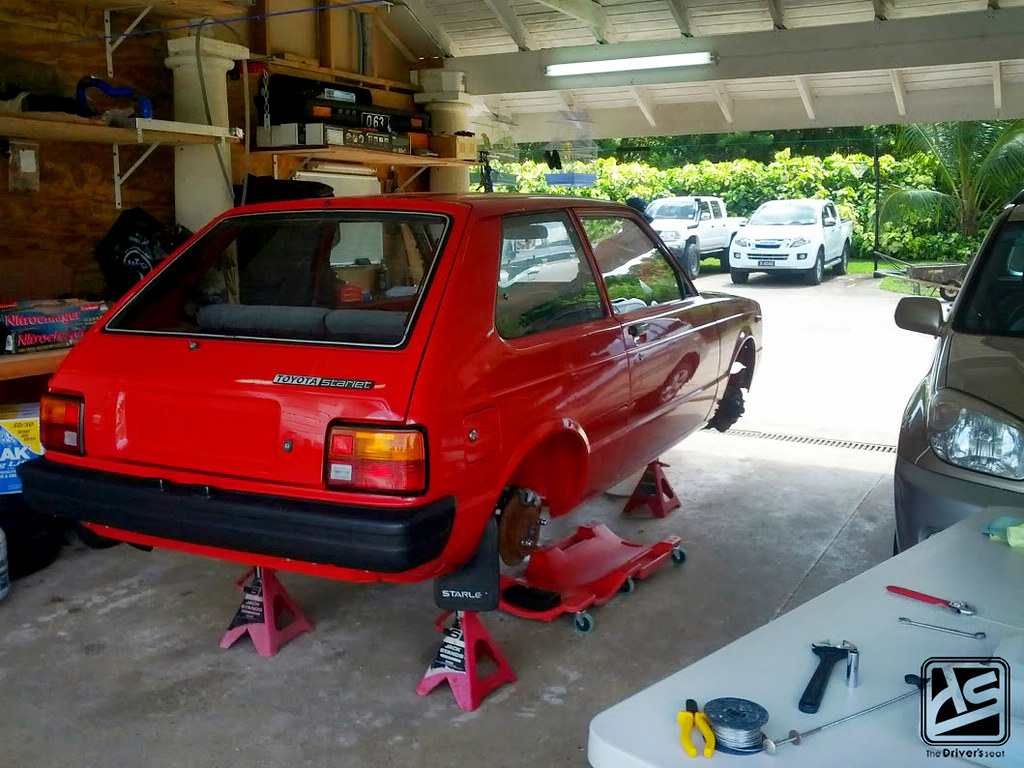 Fenders, headlights, and tailgate also have been fitted. You guys can have a better idea of how the car will look once fully completed. And on that note, that’s it for today’s post, thanks for taking a look and stay tuned for the next update coming soon…